5 things to see in Buonconvento

5 things to see in Buonconvento

Immersed in the enchanting scenery of the Crete Senesi, Buonconvento is a suggestive village with a medieval atmosphere included among “I Borghi più Belli d’Italia“. Surrounded by robust fourteenth-century walls, it dominates the confluence of the Arbia with the Ombrone. The town, which remained practically intact for centuries, underwent considerable transformations during the 19th century, with the construction of buildings near the walls. The heart of the historic center is Via Soccini, overlooked by various monuments and places of interest.

What to see in Buonconvento? Here are 5 things not to be missed!

#1 – Museum of Sacred Art of the Val d’Arbia 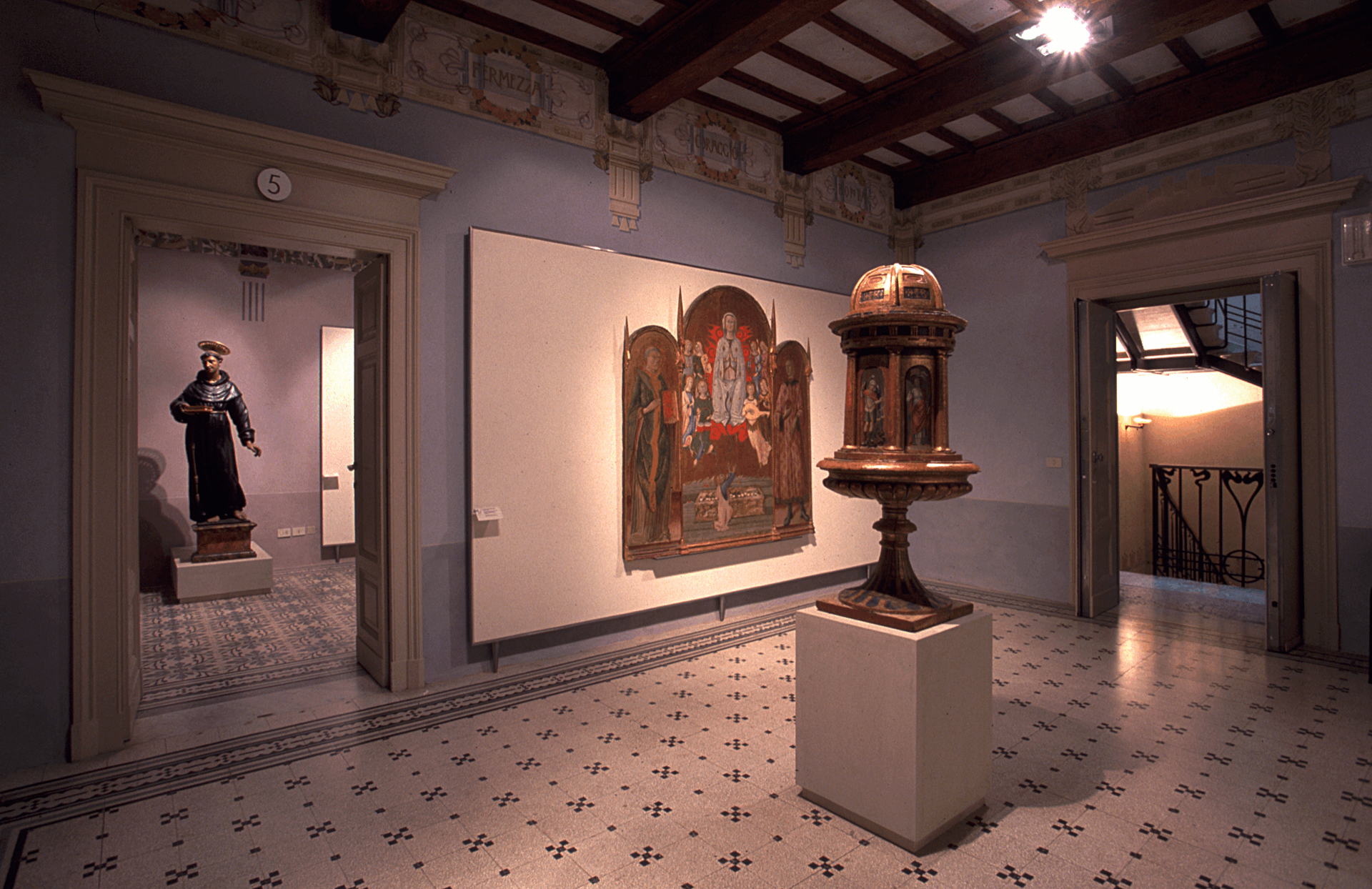 One of the main attractions of Buonconvento is the Museum of Sacred Art of the Val d’Arbia, housed in the elegant Art Nouveau rooms of the 19th-century Palazzo Ricci-Socini. Inside it houses an extraordinary collection of sacred works of art (paintings, sculptures, textile jewellery) from the churches scattered throughout the Val d’Arbia, testifying to the cultural vitality that has always characterized this territory. The collection began to take shape in 1926 thanks to the parish priest Don Crescenzio Massari, who brought together all the works found in the sacristies and deposits of the various churches. Among the artists present are Duccio di Buoninsegna, Pietro Lorenzetti, Sano di Pietro, Matteo di Giovanni, Girolamo di Benvenuto, Bernardino Mei, Francesco Vanni and Pietro Sorri. 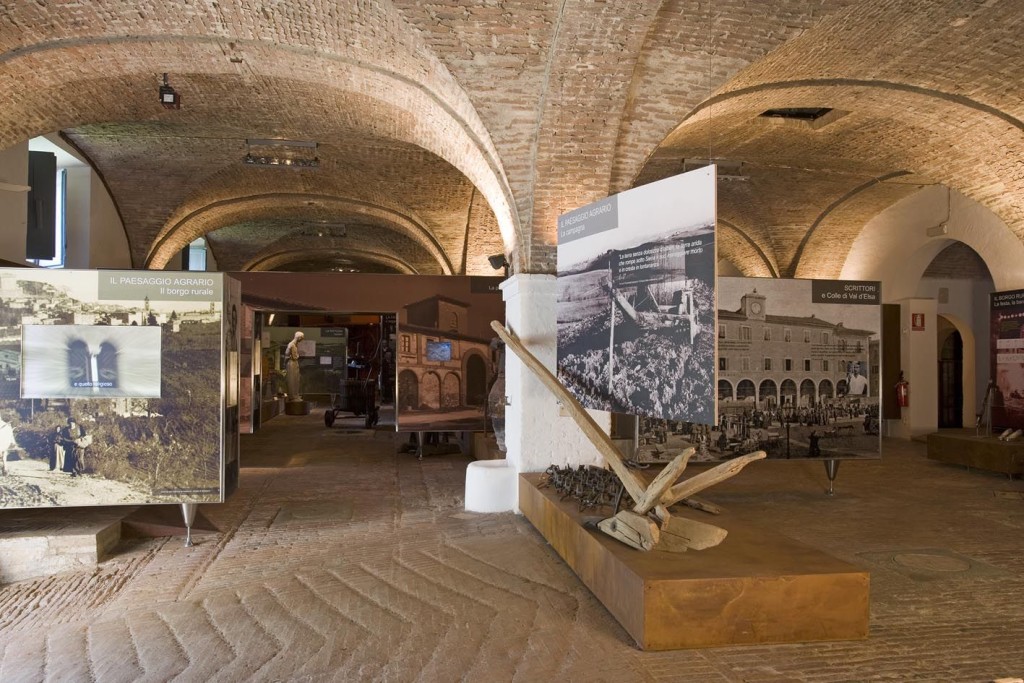 Of notable interest is also the Museum of Sienese Mezzadria, set up in the evocative spaces of an old farm, of which the main architectural structures remain unchanged. Inaugurated in 2002, it tells of a now disappeared rural world that characterized the Sienese countryside until the second half of the 20th century. The museum recreates and evokes this world through period photos, original objects, literary passages, music, films and archival documents. In addition to multimedia stations and talking characters that refer to the typical figures of the farm (the owner, the farmer, the foreman and the housewife), some typical environments of peasant civilization have been reconstructed. 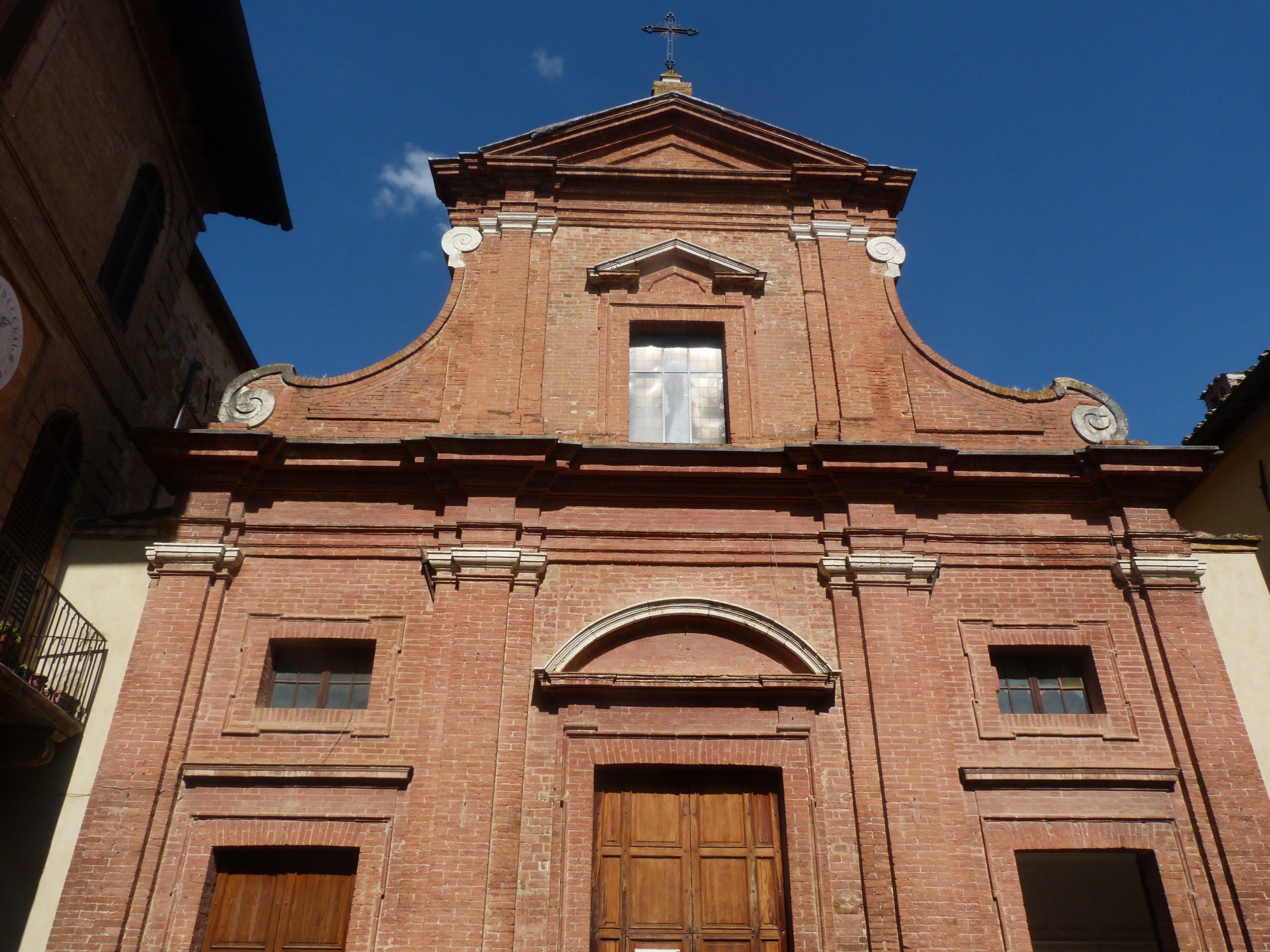 The Church of San Pietro e Paolo is the main religious building of Buonconvento. As can be deduced from the inscription on a stone placed on the left side of the facade, it was founded in the early 12th century but its current classical appearance is the result of an 18th-century renovation. In this church, according to historiographical sources, the Emperor of the Holy Roman Empire, Arrigo VII, died in 1313. Inside you can admire some valuable works of the Sienese school, among which a painted panel depicting the Madonna and Child by Matteo di Giovanni and a fresco by Sano di Pietro representing the coronation of the Madonna stand out.

#4 – Oratory of the Arciconfraternita della Misericordia

Another sacred building not to be missed is the Oratory of the Arciconfraternita della Misericordia, formerly the oratory of the Compagnia di San Sebastiano. It is located opposite the Church of Saints Peter and Paul and, according to documentary sources, dates back to the 16th century. Many of his furnishings are kept in the Museum of Sacred Art of the Val d’Arbia. Among the objects left on site are two 16th-century painted wooden goblets, a 15th-century embossed brass ceremonial plate and a 15th-century crucifix. Of great value is the wrought iron gate that leads into the oratory, built at the beginning of the 20th century by the Zalaffi workshops. 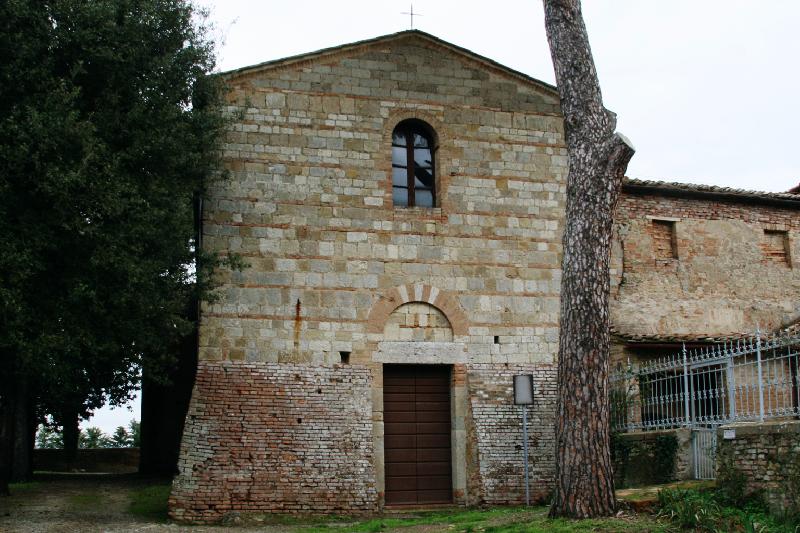 Finally, in Piana, a few kilometers from the center of Buonconvento, the Parish church of S. Innocenzo is worth a visit. The church, of whose foundation there is no certain news, is documented from the second half of the 11th century. Made up of several aggregated buildings, it has the appearance of a grange or a fortified farm on the type of the nearby grange of Cuna, of the Santa Maria della Scala hospital in Siena. Originally the interior was completely decorated with wall paintings, of which only a few fragments are visible today.