5 things to see in Carmignano

Among the rolling hills of Montalbano in Prato, just over 30 kilometers from our holiday villa with swimming pool in Chianti, lies the charming village of Carmignano. Despite its small size, it really has a lot to offer visitors. The Carmignano area contains everything that has made Tuscany famous in the world: the landscape, history, art, archeology, good food and wine.

What to see in Carmignano? Here are 5 unmissable things! 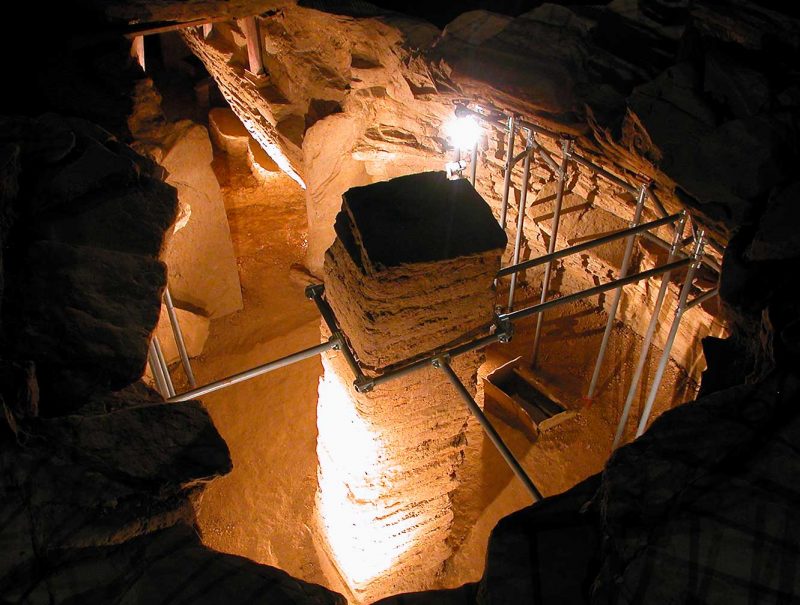 The Archaeological Park of Carmignano is the heart of an area rich in important evidence of the Etruscan civilization. It brings together in a single system the “Francesco Nicosia” Archaeological Museum and the monumental archaeological sites of the area such as: the grandiose Tumulus of Montefortini, the Necropolis of Prato Rosello, the Tumulus of the Boschetti and the Etruscan settlement nuclei of Artimino and Pietramarina. The museum, set up in the rooms of the former vat cellars of the hamlet of Artimino, houses artefacts of considerable value discovered during fifty years of research in the area. Among these, a turquoise glass cup, ivory plaques and statuettes, bucchero objects of refined workmanship and funerary sculptures stand out. 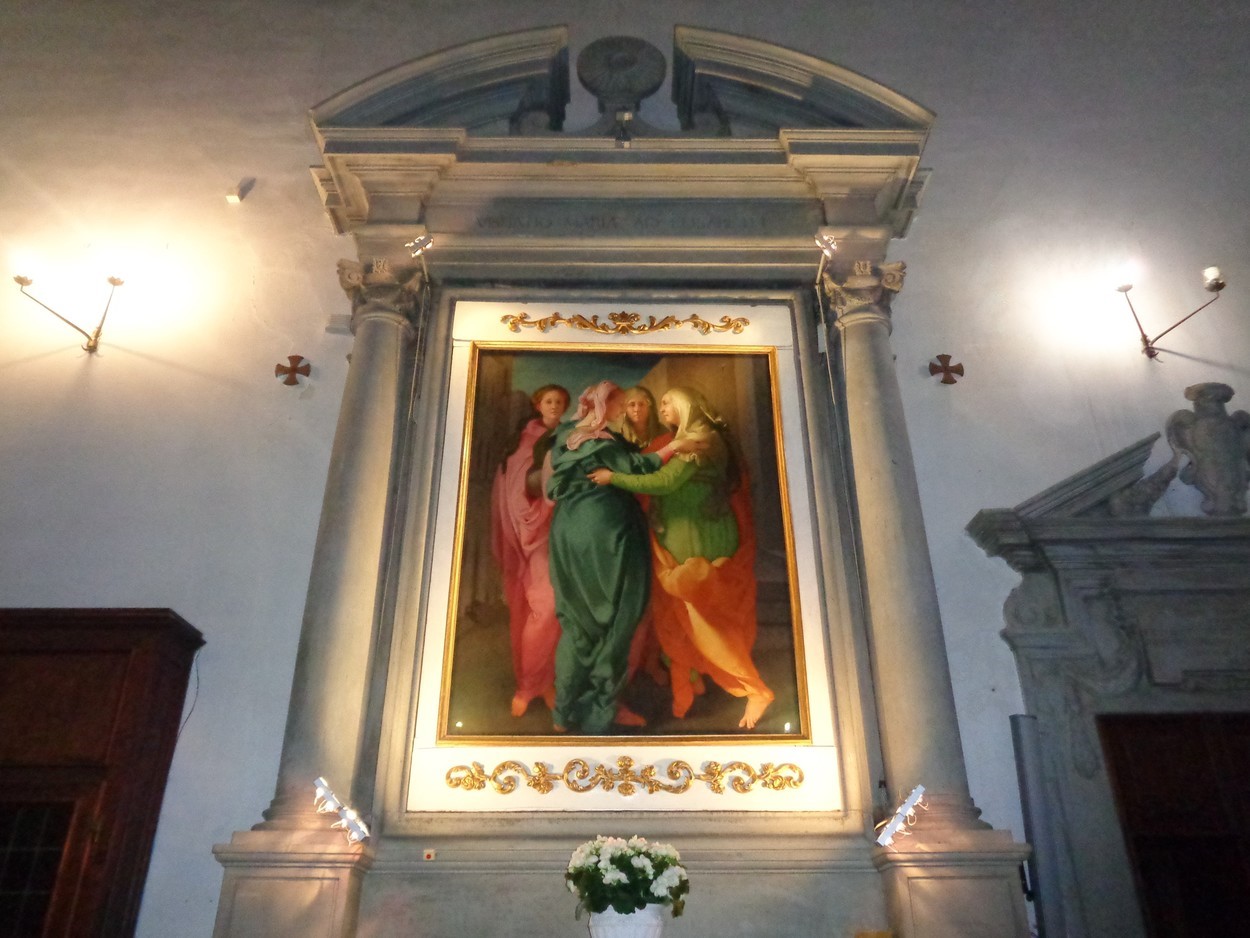 The Parish Church of Saints Michael and Francis, located a stone’s throw from the central Piazza Vittorio Emanuele II, was built in the first half of the 14th century but has been renovated several times over the years. The building proposes the typical model of a Franciscan church with a large central nave and apsidal chapels. Inside you can admire the Visitation, one of the most famous works by the painter Jacopo Carucci known as Pontormo, which depicts the visit of Mary, waiting for Jesus, to her cousin Elizabeth pregnant with John the Baptist. Among the other works conserved in the church, we note a canvas by the painter Cosimo Lotti which depicts the Madonna and Child with Saints Dominic, Pius V, Catherine of Siena and Catherine of Alexandria. 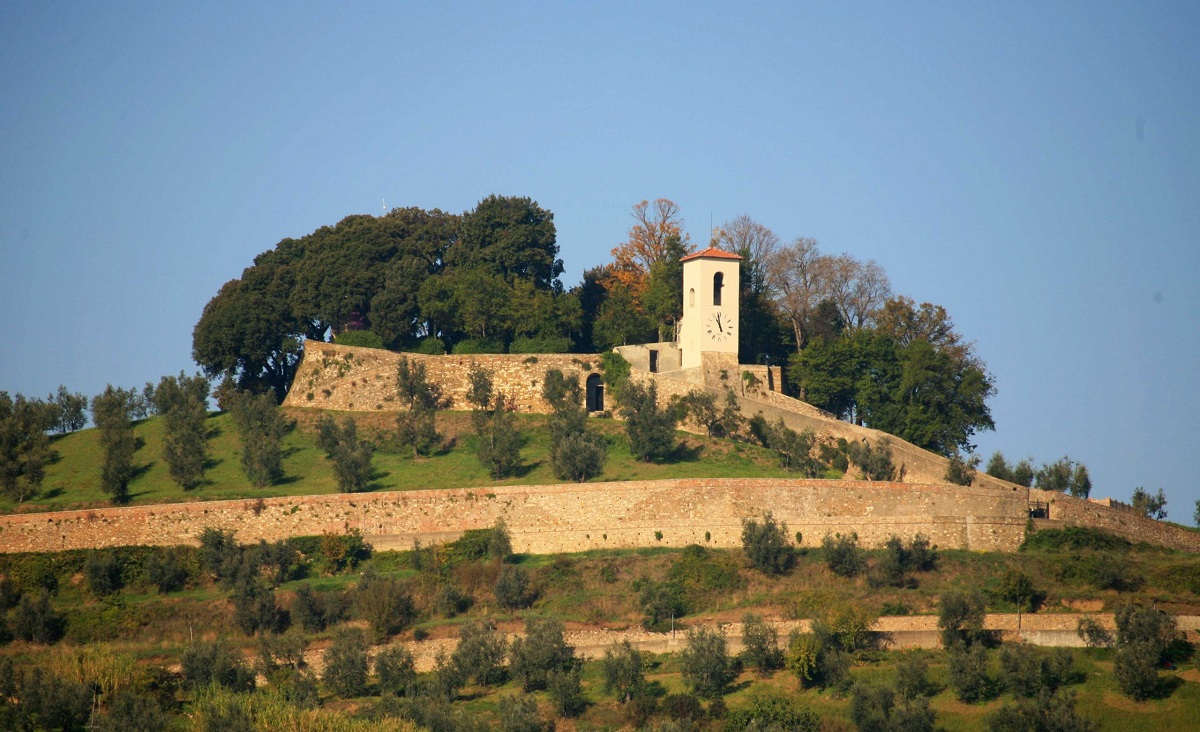 From the parish church of Santi Michele e Francesco a pedestrian path leads to the medieval fortress of Carmignano (also known in the village as a castle), which has dominated the village from above for more than a thousand years. Due to its strategic position, it was the subject of continuous struggles between Pistoia, Florence and Prato. Today, after centuries of clashes and destruction, the remains of the three walls and the bell tower, known as Campano, remain. At the center of the fortress stands a small building used as an exhibition space. From the hill on which the fortress is located, you can enjoy a magnificent view of Montalbano, the Calvana mountains and part of the Tuscan Apennines. 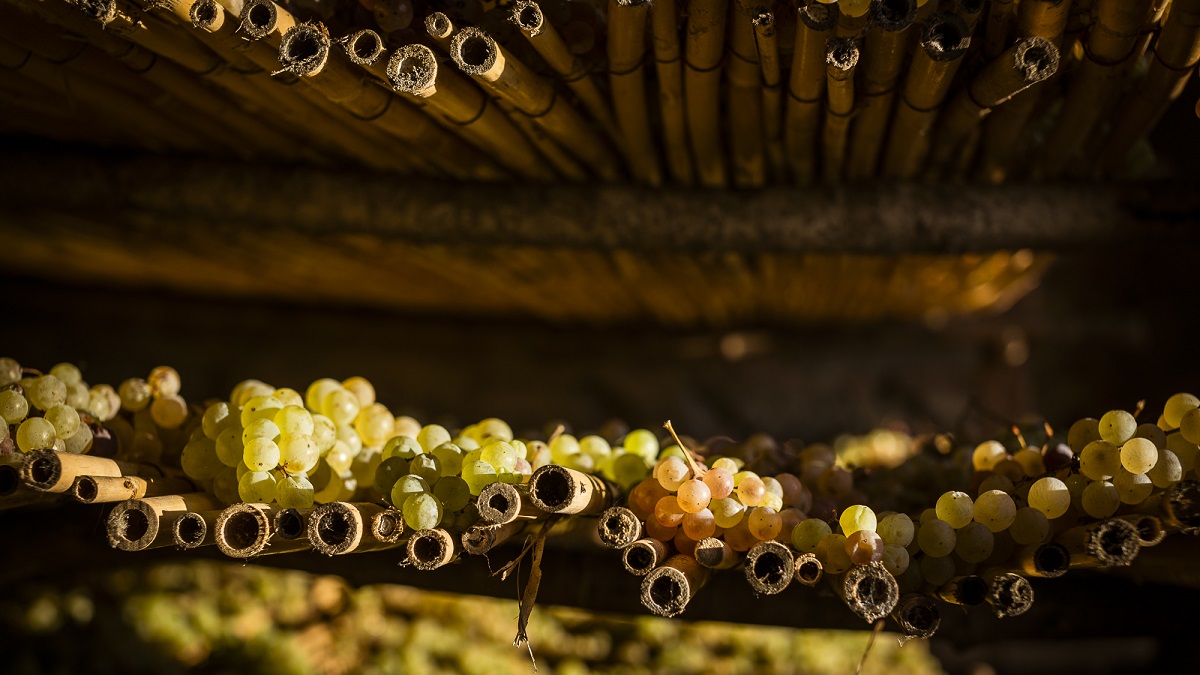 The Museum of Vine and Wine is also absolutely worth a visit. Inaugurated in 1999, it is housed in what were once the Niccolini cellars, from which copious loads were sent to Switzerland, Germany and even overseas at the beginning of the 20th century. The museum offers a path that leads to the discovery of the wine production and the history of the peasant civilization of this area. There are exposed ancient agricultural tools, reproductions of paintings, documents, photographs and various artifacts, as well as a collection of about 800 bottles of wine (some even a century old) collected by the historian Federigo Melis during his travels in Italy and Europe. 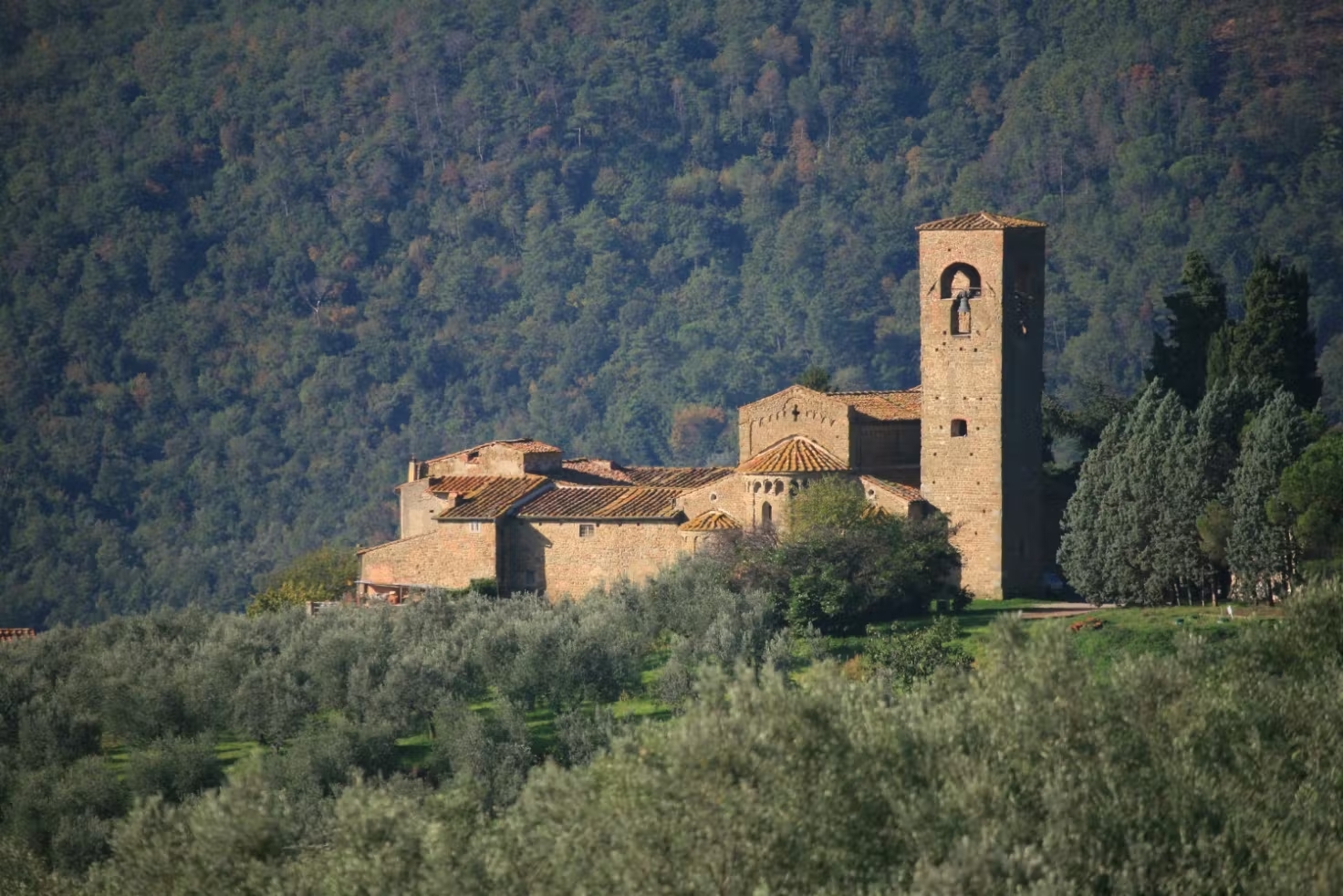 Finally, we suggest you visit the ancient Parish Church of San Leonardo, a rare example of a pre-Romanesque Tuscan building. Located at the gates of the hamlet of Artimino, it dates back to the second half of the 10th century but was enlarged at the beginning of the 12th century at the behest of Countess Matilda of Canossa. The building houses some noteworthy works. Among these we mention: the wooden statues of San Leonardo (beginning of the 15th century) and of Sant’Antonio Abate (beginning of the 16th century); a polychrome terracotta from the Della Robbia workshop (1515) representing the Visitation; and a sixteenth-century panel attributed to Franciabigio (1509) which depicts the Virgin and Child with the young San Giovanni.