5 things to see in Florence

Florence certainly needs no introduction: it is one of the most beautiful cities in the world and is a sort of open-air museum where even the smallest street has something unique and stunning to reveal. It has welcomed some of the greatest artists of all time and is rich in monuments, museums, works of art, palaces and churches. There are so many wonders to discover that a month would not be enough to see them all. For those with little time available, here are the 5 things to see in Florence to be able to say that you have really visited the city. 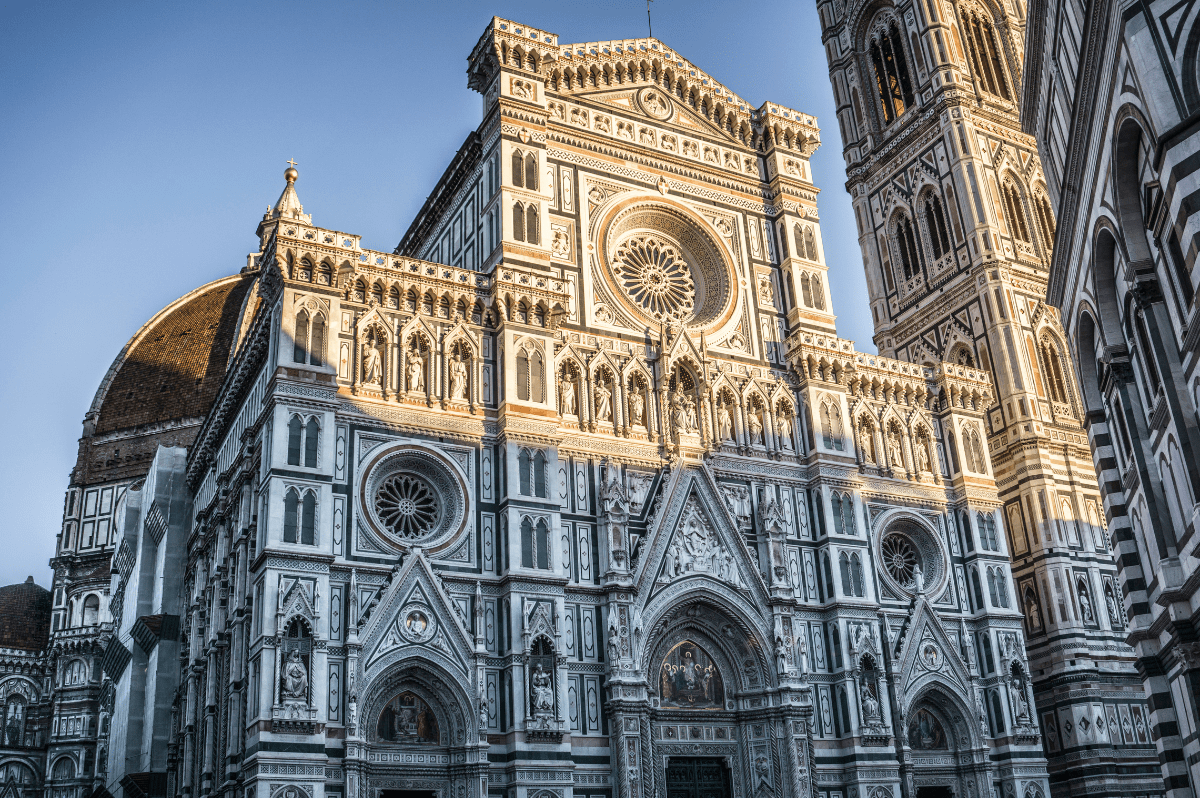 Piazza del Duomo is the heart of the city, where you can admire the most important religious buildings of Florence with a single glance. The square is dominated by the imposing facade of the Cathedral of Santa Maria del Fiore, the third largest church in the world and one of the greatest masterpieces of Italian Gothic architecture. Its magnificent dome, which stands proud in the Florentine sky, enchants anyone who observes it. Next to the cathedral stands Giotto’s bell tower, another excellent example of Gothic architecture. One of its most fascinating features is the rich sculptural decoration. Opposite the cathedral is the Baptistery of San Giovanni, one of the oldest places of worship in Florence, where faith, history and art merge. 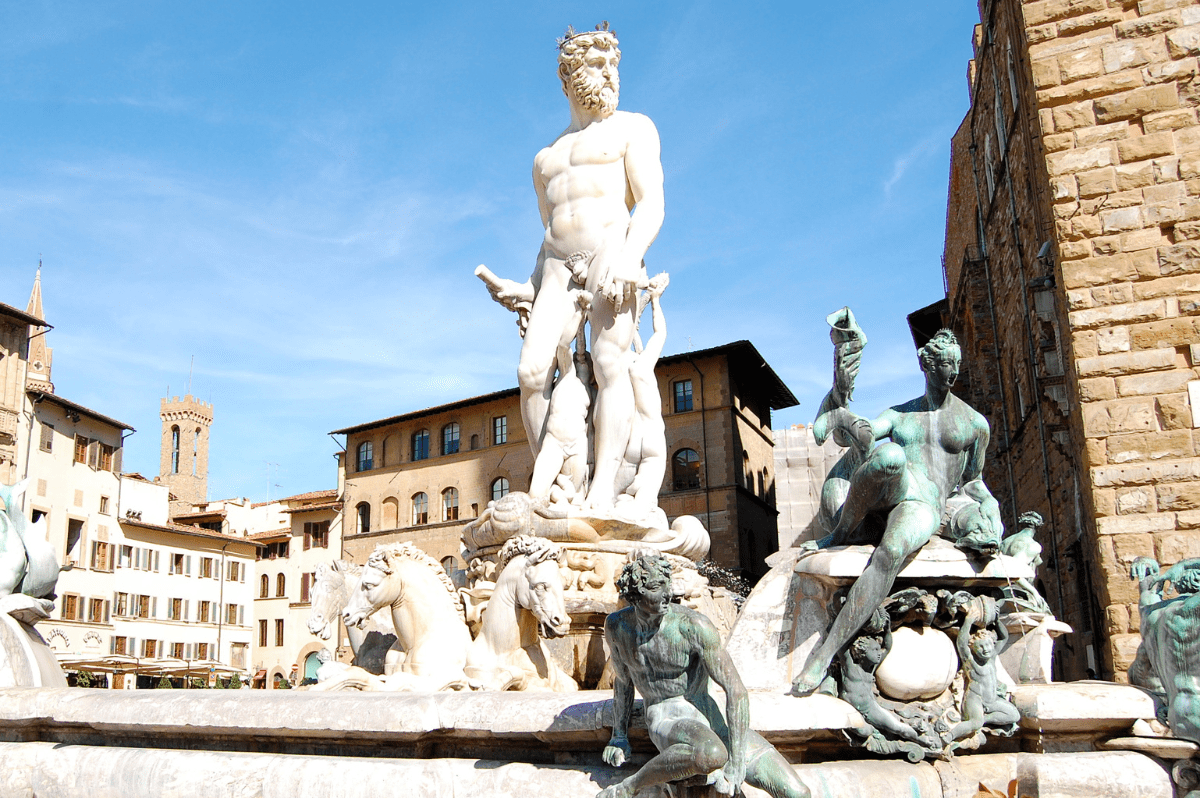 Piazza della Signoria is one of the symbolic places of the lily city. It is surrounded by monuments and buildings of great historical and architectural importance, the most characteristic of which is undoubtedly Palazzo Vecchio. Inside there is a museum that traces the political events and the artistic history of Florence. Among the masterpieces present are Donatello’s Judith and Michelangelo’s Genius of Victory. Opposite the entrance to Palazzo Vecchio is the Loggia dei Lanzi, which houses sculptures of inestimable artistic value such as Benvenuto Cellini’s Perseus. In the center of the square you can admire: the equestrian monument of Cosimo I, made by Giambologna; and the Fountain of Neptune, built by Bartolomeo Ammannati and some of his students. 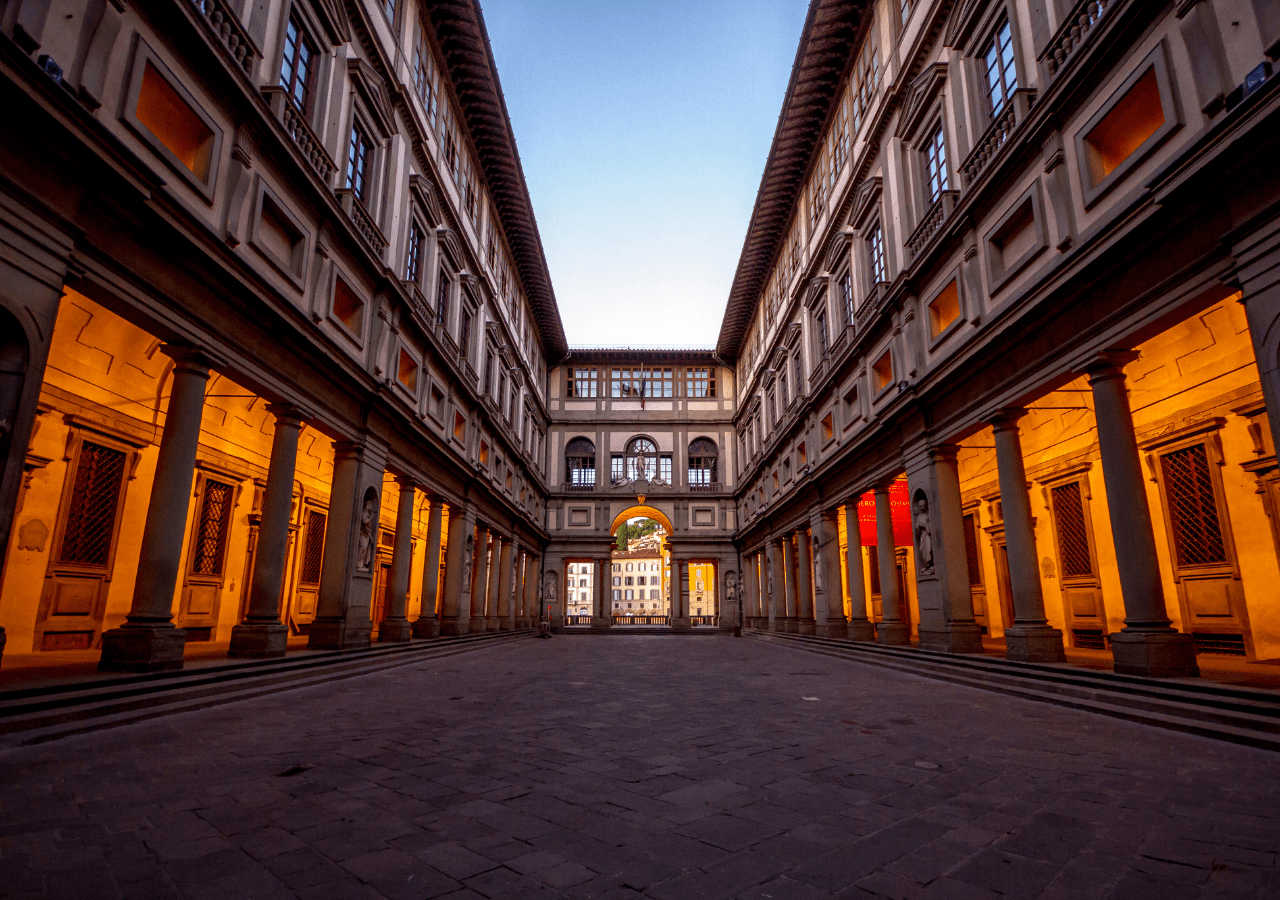 In addition to its splendid architecture, Florence is also and above all known for its immense museum heritage. Art lovers cannot miss the Uffizi, considered the best museum in the world by far. The gallery is set up on the first and second floors of a building erected between 1560 and 1580 on a project by Giorgio Vasari. Its rooms contain one of the most important collections of ancient sculptures and paintings. In particular, the collections of paintings include masterpieces by the likes of Giotto, Botticelli, Beato Angelico, Raphael, Michelangelo, Caravaggio, Goya and Rembrandt. No less interesting is the collection of the Cabinet of Drawings and Prints, consisting of over 177,000 specimens. 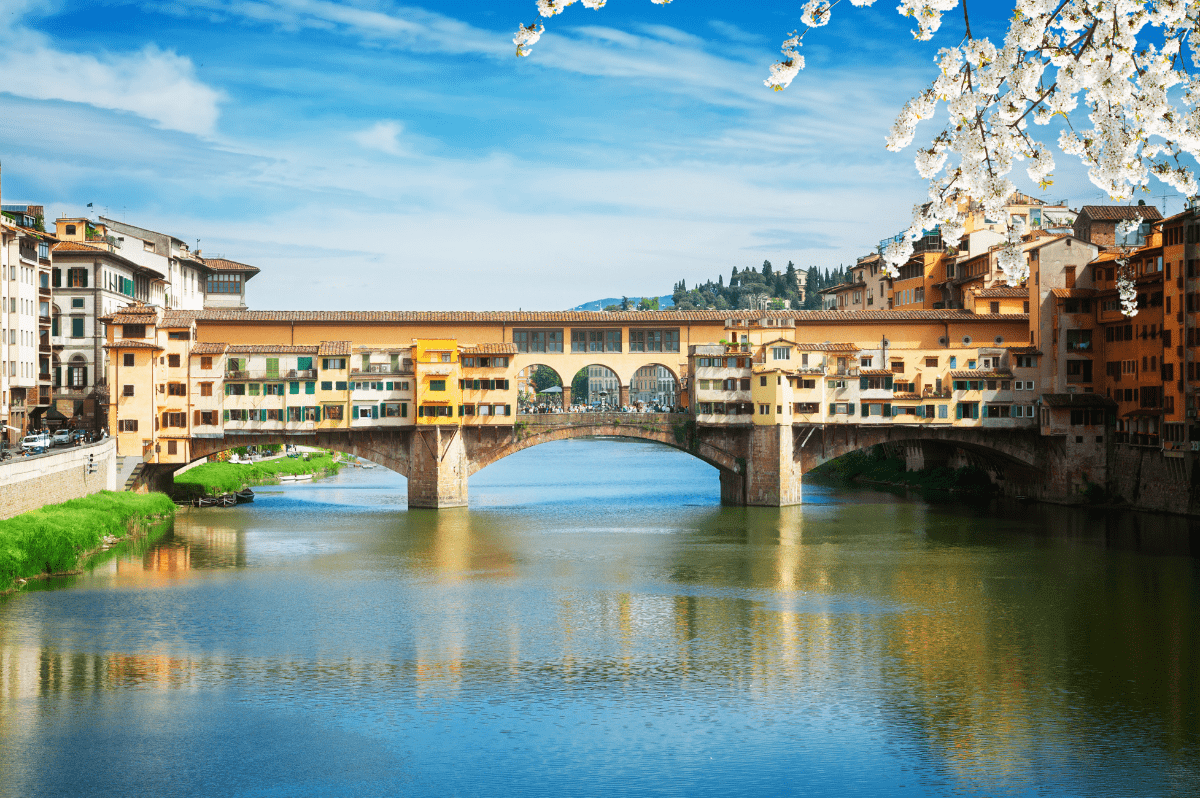 Another attraction in Florence not to be missed is Ponte Vecchio, one of the most famous bridges in the world. Over the centuries it has been rebuilt several times: the first construction dates back to the Roman era but owes its current shape to the reconstruction of 1345. The bridge connects the historic center with the eastern area of the city, called “Diladdarno” by the Florentines. In the two side arcades it houses exclusively goldsmiths and jewelers’ shops. However, this has not always been the case, once it was occupied by shops of fishmongers, butchers and tanners. The bridge is dominated by the Vasari Corridor, an elevated path designed in 1565 by Giorgio Vasari which, starting from Palazzo Vecchio, allowed the Medici to reach Palazzo Pitti, without going down the street. 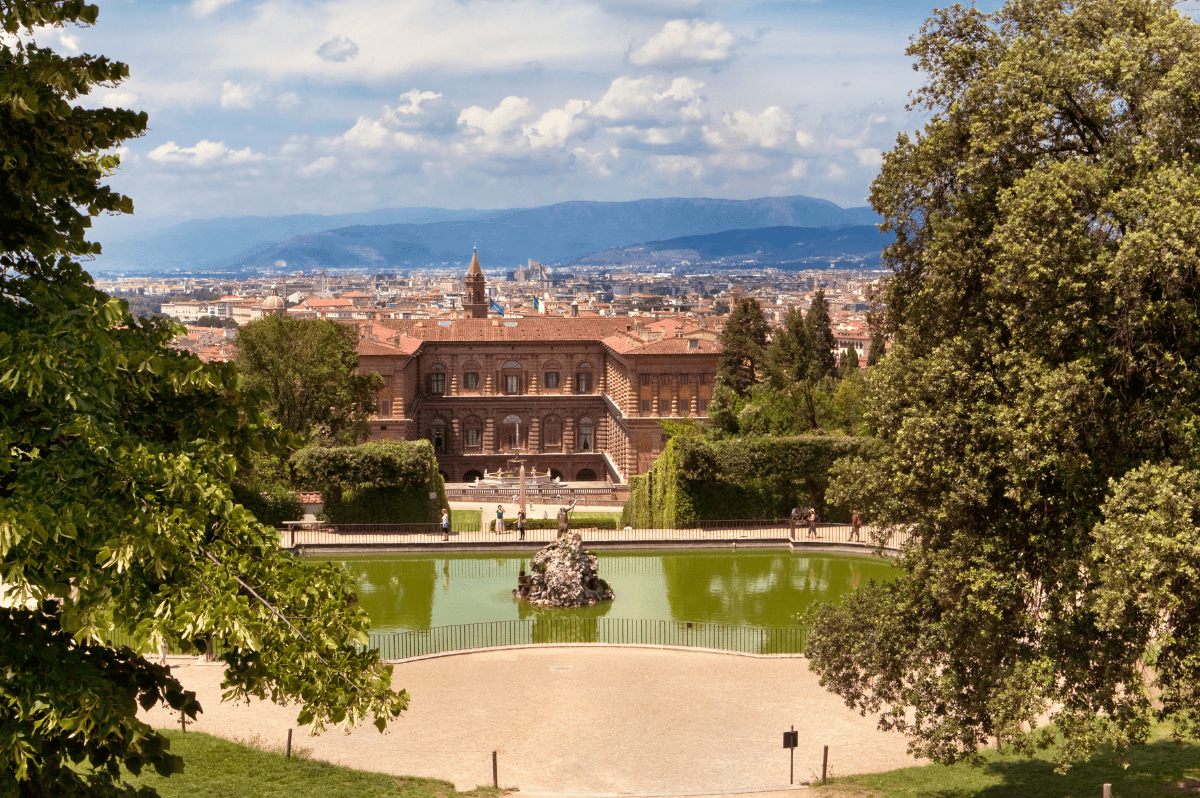 Florence is a city extraordinarily rich in gardens, among which the Boboli Gardens stands out, where nature, art, science and alchemy meet. Located behind Palazzo Pitti, it represents one of the oldest examples of an Italian formal garden. It was begun in the sixteenth century by the will of the Medici and extended by the subsequent Lorraine and Savoy dynasties. Walking through the garden, which covers an area of about 45,000 square meters, you can admire ancient and Renaissance statues, caves and fountains. Among the works of greatest interest are: the eighteenth-century building of the Kaffeehaus, a rare example of Rococo style in Tuscany; and the Grotta del Buontalenti, a masterpiece of Mannerist architecture and culture.