5 things to see in Montepulciano

Montepulciano is an enchanting medieval village perched on the top of a hill between the Val d’Orcia and the Val di Chiana, not far from Siena. The town, immersed in a postcard landscape, preserves a rich historical and artistic heritage. Entering its alleys, you come across refined Renaissance palaces, ancient churches and splendid views that literally leave you speechless. Several successful films have been shot here such as “Under the Tuscan Sun” and “New Moon”, the second chapter of the famous vampire saga “Twilight”.

What to see in Montepulciano? Here is our list of the 5 must-sees! 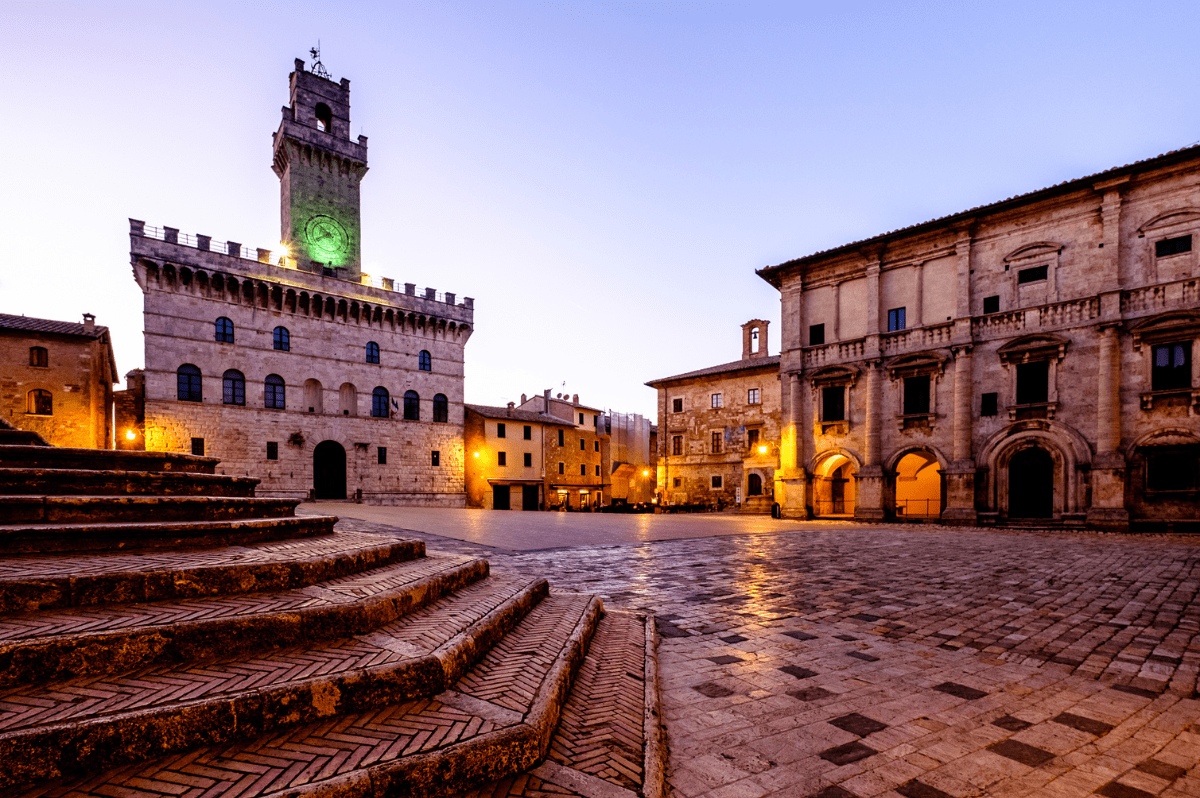 The heart of the village is Piazza Grande, one of the most beautiful and eye-catching squares in Tuscany. It stands on the highest point of Montepulciano and is the place where tourists and locals meet every day, as well as the epicenter of many cultural events. Some of the most important buildings of the town overlook it, such as: the Duomo, with an unfinished facade, flanked by the bell tower of an ancient fifteenth-century parish church; the Palazzo Comunale, which recalls the Palazzo della Signoria in Florence and from whose tower you can enjoy an enchanting view; and the mannerist Palazzo Tarugi, completely covered in travertine. In the square there is also the elegant Pozzo dei Grifi e dei Leoni designed by Antonio da Sangallo the Elder. 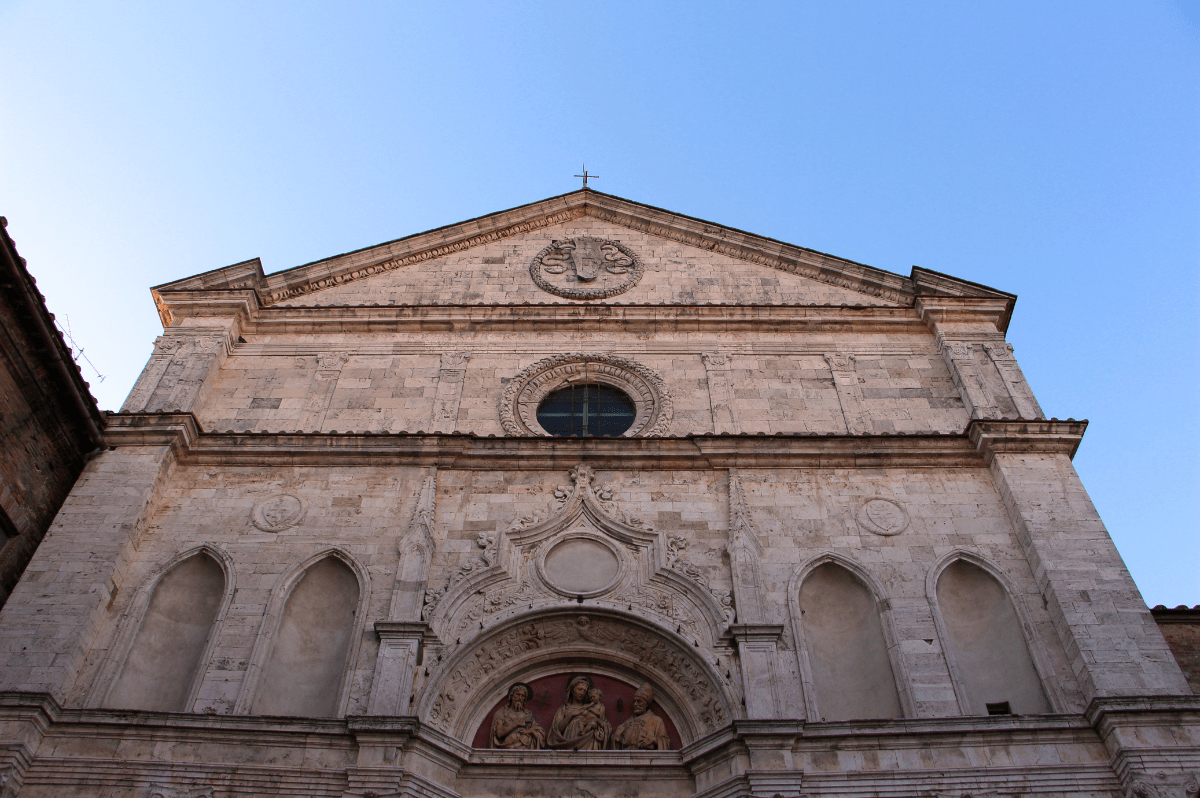 One of the most interesting buildings in Montepulciano is the Church of Sant’Agostino, located in Piazza Michelozzo. The building was built in the second half of the 13th century but its current appearance is the result of successive renovations that took place over the centuries. The only nave remains of the original layout. The lower part of the facade is due to Michelozzo di Bartolomeo. The beautiful portal collects in the lunette a terracotta relief depicting the Madonna and Saints John the Baptist and Augustine, also by Michelozzo. Inside there are some works of considerable interest, including: a wooden crucifix by Antonio da Sangallo; and a splendid panel with a gold background by Giovanni di Paolo da Siena. 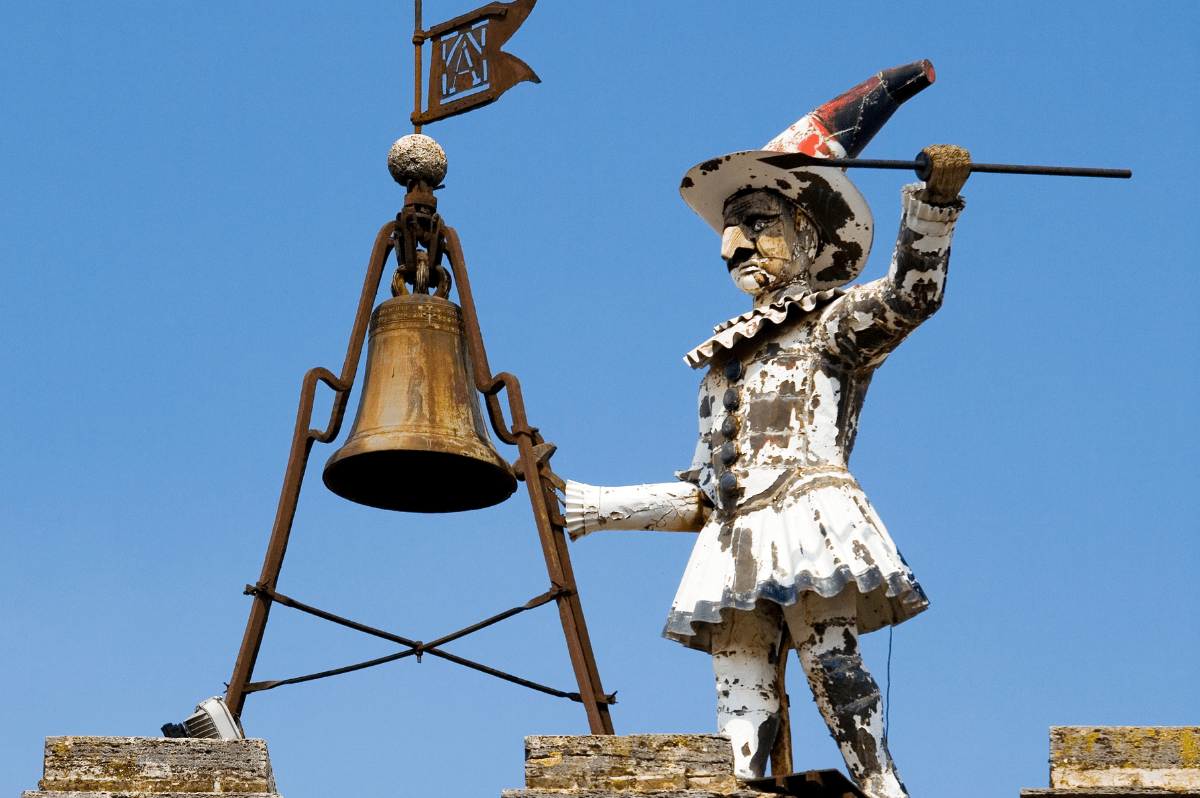 In front of the Church of Sant’Agostino stands the curious Tower of Pulcinella, a medieval tower-house crowned by the city clock and the silhouette of the mask symbol of Naples which, in its classic curved position, marks the hours with a spear on a bell. But what is Pulcinella doing in Montepulciano? Even today it is not known why it is there. According to a legend, which does not find any historical reference, it was a bishop of Neapolitan origins who placed the statue on the top of the tower in the seventeenth century. Instead, there are those who claim that it was placed there as a tribute to the theater, a reference to culture and nothing more. 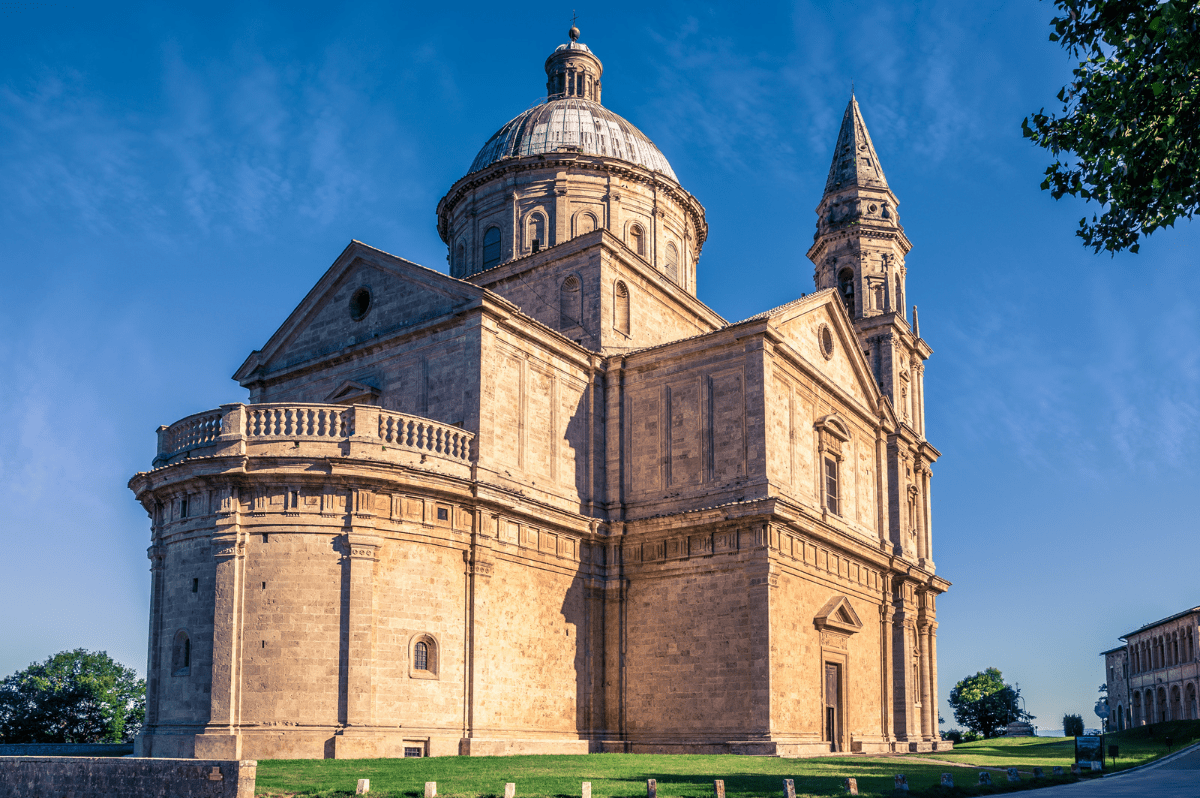 Just outside the historic center stands the Church of San Biagio, also known as the Temple of San Biagio. It is one of the most significant Tuscan buildings of the sixteenth century, with a perfect harmony of shapes and proportions highlighted even more by the green landscape in which it is set. The rectory is also very beautiful, on the left of the church. The building was designed by Antonio da Sangallo the Elder on the model of the Basilica of Santa Maria delle Carceri in Prato. Inside you can admire the fresco of the Madonna with Child and St. Francis attributed to the Master of Badia a Isola, protagonist of the miracles that led to the construction of the church. It can also be reached on foot from the center with a pleasant walk.

Nature lovers cannot miss the Montepulciano Lake Nature Reserve, located a few kilometers from the city center, in the southern part of the Val di Chiana. The reserve, established in 1996, is the ideal place for bird watching. In addition to the lake, it includes part of the Canale Maestro della Chiana and some adjacent agricultural land. The visitor center is equipped with didactic and informative material regarding the fauna, flora and history of the area. At the visitor center it is also possible to book guided tours by boat and on the Sentiero della Torretta while in the front gardens there is a picnic area set up with tables and benches.