5 things to see in Prato

Just over 40 kilometers from our holiday villa with swimming pool in Chianti is Prato, a city still far from mass tourism but which has a lot to offer. This is how the writer Hermann Hesse described it in 1901: “Prato is a fantastic ancient and solid town, the quintessence of the small Tuscan provincial center, with all those narrow streets that are also found in old Florence”. The New York Times, one of the most famous newspapers in the world, has listed it among the best destinations to visit in the fall in Italy. Set between Florence and Pistoia, it boasts attractions of great historical and artistic interest.

What to see in Prato? Here are 5 unmissable things! 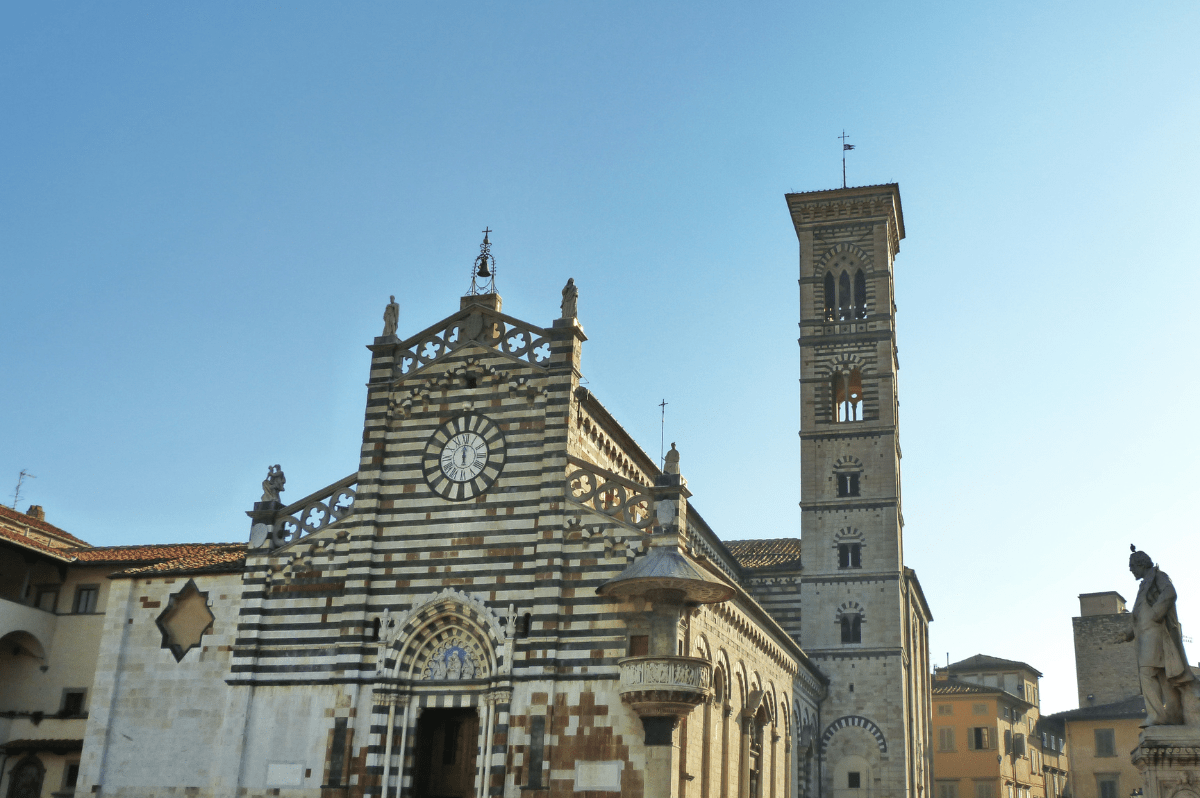 Located in the heart of the historic center of Prato, the Cathedral of Santo Stefano is a magnificent example of Romanesque-Gothic architecture. Documented since the 10th century as the Parish Church of Santo Stefano, over time it has undergone numerous enlargements and renovations. It has a splendid facade, characterized by alternating stripes in alberese and serpentine. Inside it houses the Sacra Cintola, the belt that is believed to have belonged to the Madonna. Among the most beautiful and interesting works of art are: the frescoes depicting the Stories of Saints Stephen and John the Baptist by Filippo Lippi in the Main Chapel; the cycle of frescoes created by Paolo Uccello in the Chapel of the Assumption; and the Tabernacle of the Madonna dell’Olivo by the Da Maiano brothers (in the right transept). 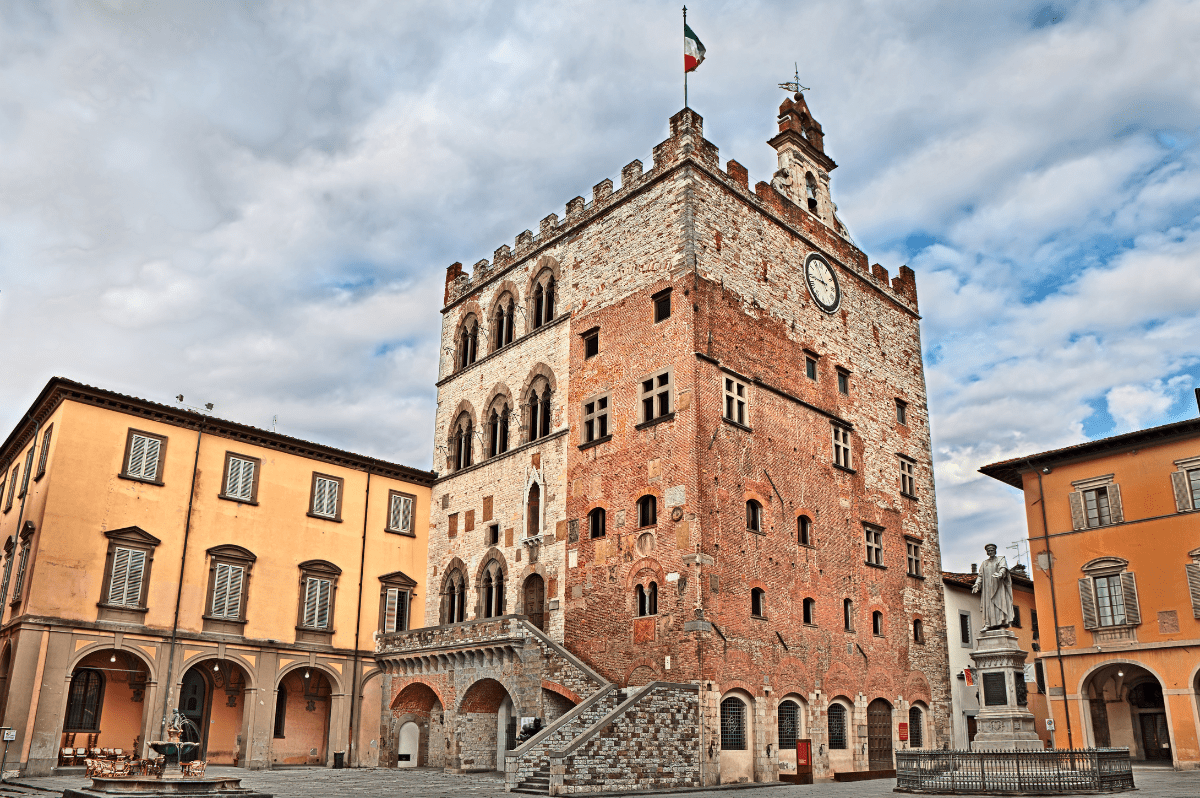 In the vicinity of Piazza del Duomo, and precisely in Piazza del Comune, is the Palazzo Pretorio, one of the most beautiful medieval public buildings in central Italy. Austere and majestic, it was born at the turn of the thirteenth and fourteenth centuries from the merger of three distinct buildings. Inside it houses the Museum of Palazzo Pretorio, the oldest cultural institution in the city. The collection originates from what was once the Picture Gallery of the Palazzo Comunale, established at the end of the eighteenth century by the Grand Duke of Tuscany Pietro Leopoldo di Lorena. You can admire works of art by artists of the caliber of Bernardo Daddi, Giovanni da Milano, Donatello, Filippo and Filippino Lippi, Santi di Tito, Alessandro Allori and Lorenzo Bartolini. 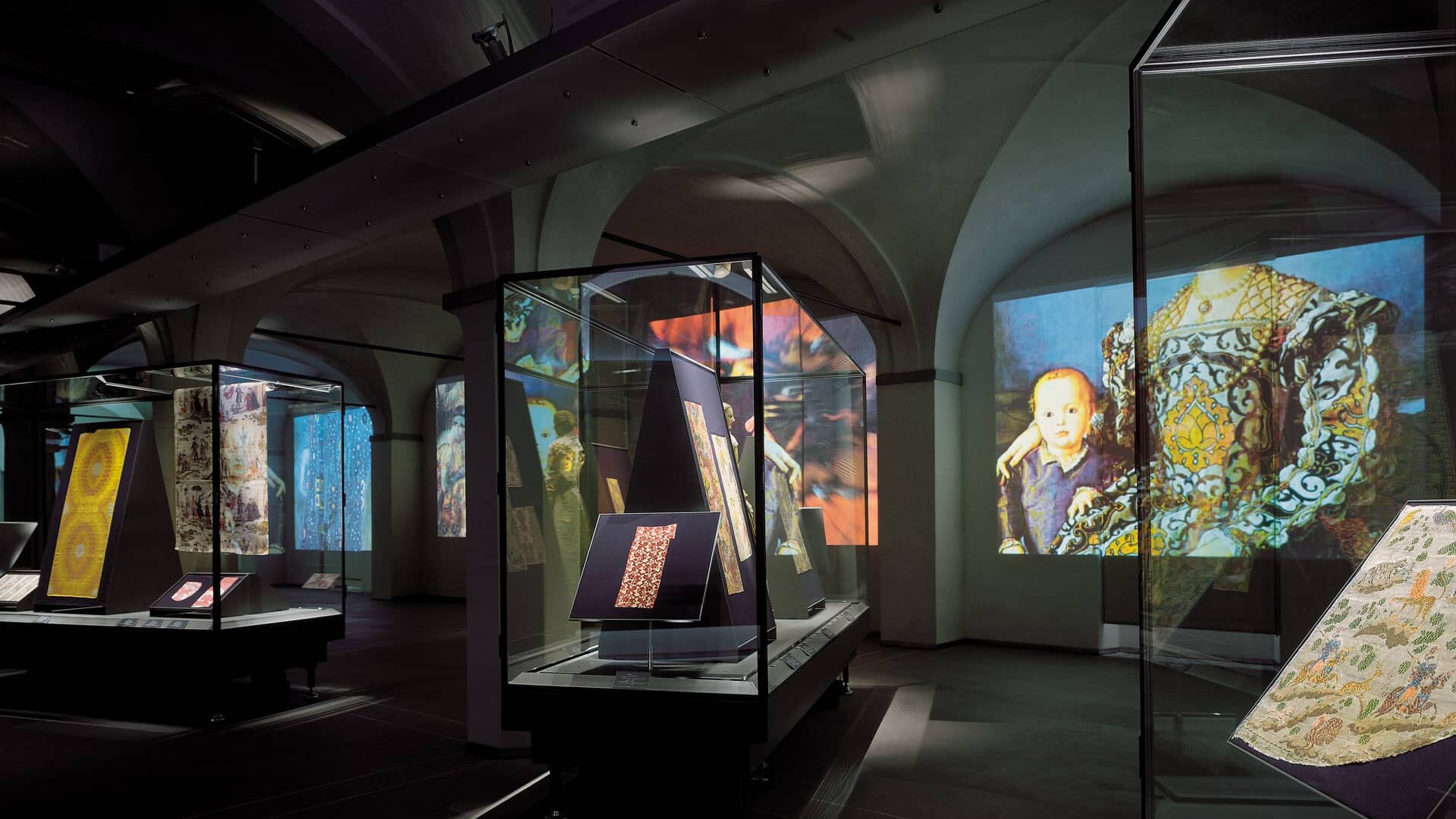 Another unmissable museum to visit in Prato is the Textile Museum, one of the major European institutions dedicated to the enhancement of ancient and contemporary art and textile production. The museum was founded in 1975 within the “Tullio Buzzi” textile industrial technical institute but since 2003 it has been set up in the restored rooms of the ancient “Cimatoria Campolmi Leopoldo e C.“, the most important example of industrial archeology in the Prato province. The exhibition itinerary traces the history of textile art from the early Christian era to the present day. The museum patrimony includes thousands of artistic, manufacturing and industrial goods, which have very varied origins and which belong to multiple categories of materials.

The Basilica of Santa Maria delle Carceri, considered an architectural masterpiece of the early Renaissance, is also absolutely worth a visit. It stands on the square of the same name and was designed by Lorenzo the Magnificent’s favorite architect, Giuliano da Sangallo, who was inspired by Filippo Brunelleschi’s Pazzi Chapel. The religious building was built following some miraculous events which, starting from 6 July 1484, manifested themselves around a fourteenth-century image of the Madonna. Inside, in addition to the prodigious fresco of the Madonna delle Carceri between Saints Leonardo and Stefano, the glazed terracotta medallions by Andrea della Robbia and the stained glass windows by Domenico Ghirlandaio stand out. 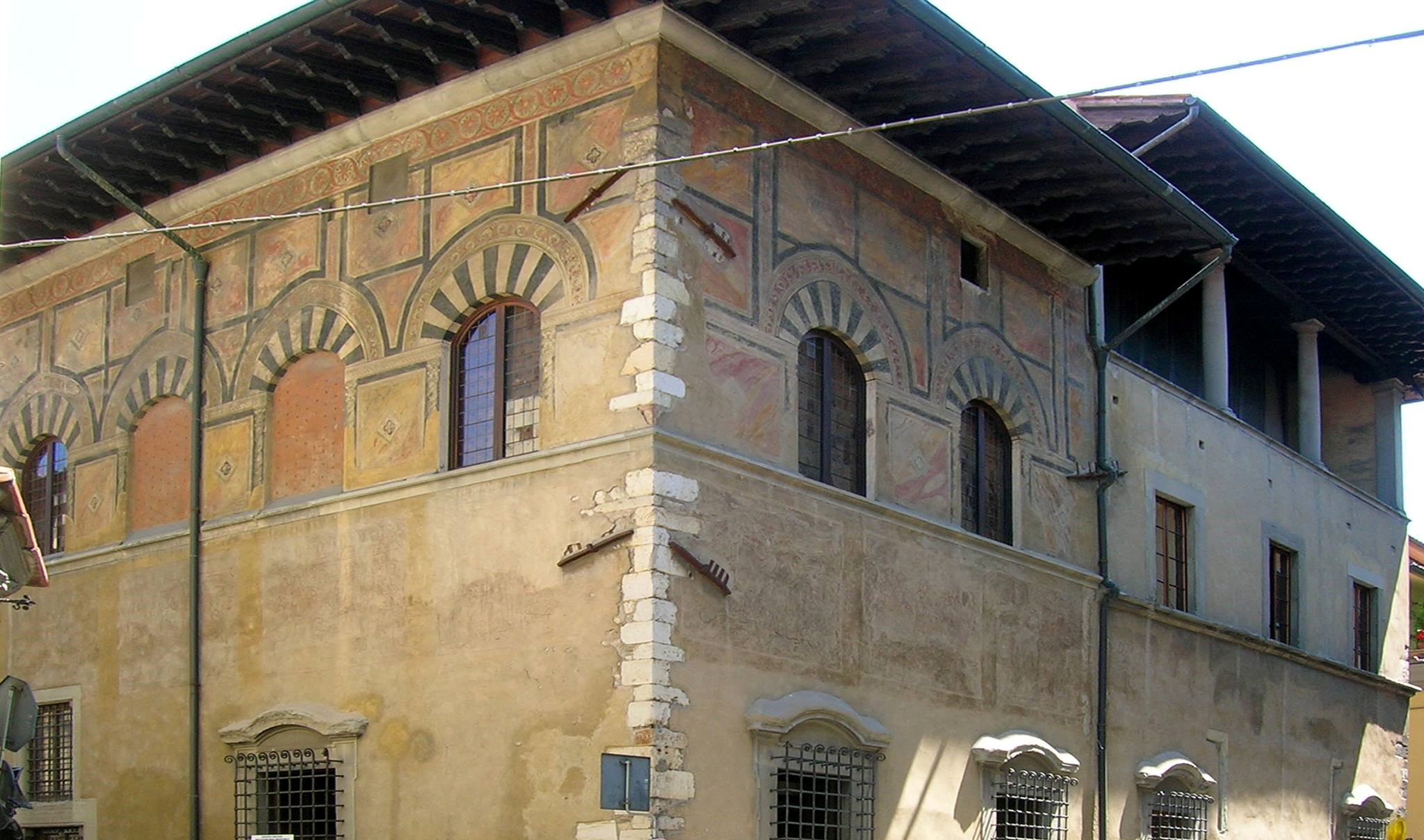 Finally, you cannot leave Prato without visiting Datini Palace, one of the most important examples of a medieval mercantile palace. It takes its name from Francesco di Marco Datini, a well-known Prato merchant who lived between the 14th and 15th centuries who had it built to establish his home and business. The frescoes were made by some of the most popular artists of the time such as Agnolo Gaddi, Niccolò di Pietro Gerini, Bartolomeo di Bertozzo and Tommaso del Mazza. Since 2009, the premises on the ground floor have been transformed into a museum dedicated to the history of the owner. The first floor houses the State Archives of Prato, which preserves the very precious documentary collection of the merchant.