5 things to see in San Miniato

In the heart of the Pisan countryside, just over 30 kilometers from our holiday villa with swimming pool in Chianti, stands San Miniato, a charming village that has kept its medieval aspect intact. It has millennia of history behind it and still today preserves numerous architectural treasures belonging to past eras. San Miniato is famous for the prized white truffle, to which a market exhibition is dedicated (scheduled every year in November) which attracts enthusiasts from all over the world. The village is also one of the historic stages of the Via Francigena, the ancient religious pilgrimage route that leads from northern Europe to Rome.

What to see in San Miniato? Here is our list of 5 things not to miss! 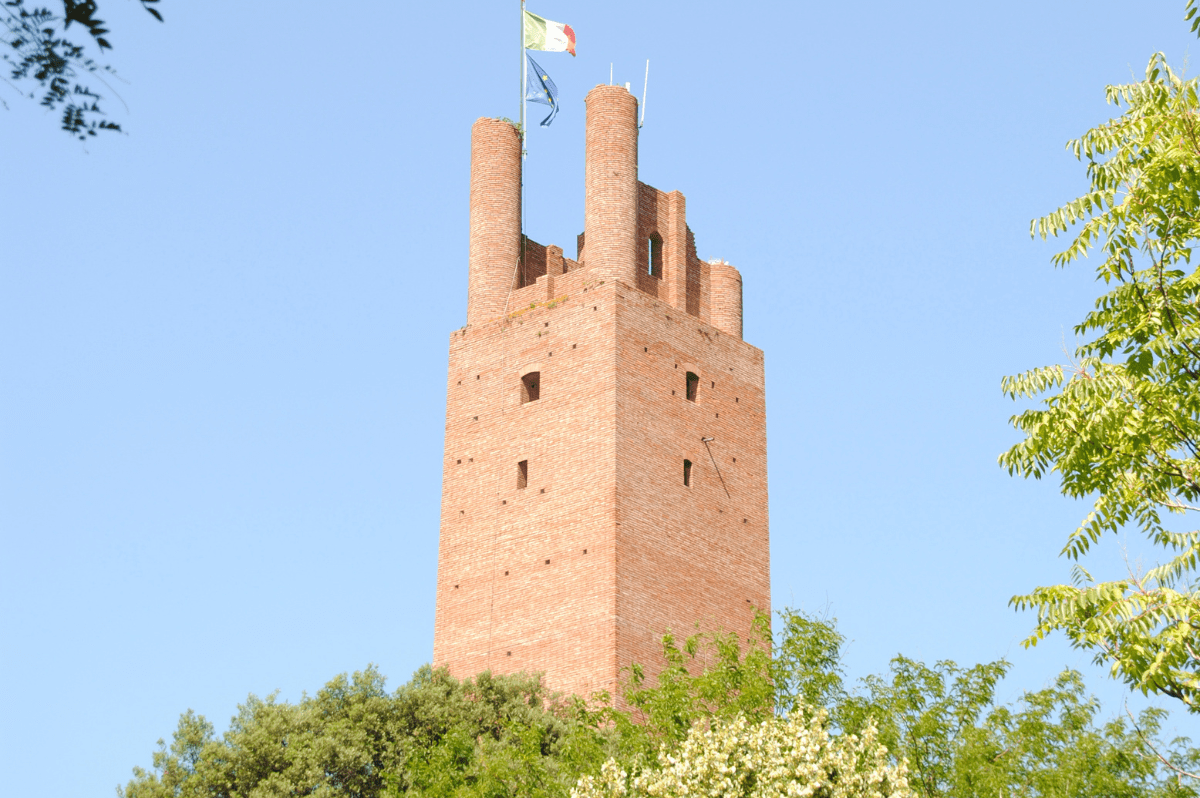 The Tower of Federico II is the undisputed symbol of San Miniato. It was built on the highest point of the city between 1217 and 1221 although what we can admire today is a faithful reconstruction of the original tower, which was completely razed to the ground by German troops during the Second World War. It is famous for being the prison of Pier della Vigna, the faithful secretary of the emperor accused of treason, also mentioned by Dante Alighieri in Canto XIII of the Inferno of the Divine Comedy. From the top of the tower it is possible to enjoy an enchanting 360 ° view of the surrounding area. 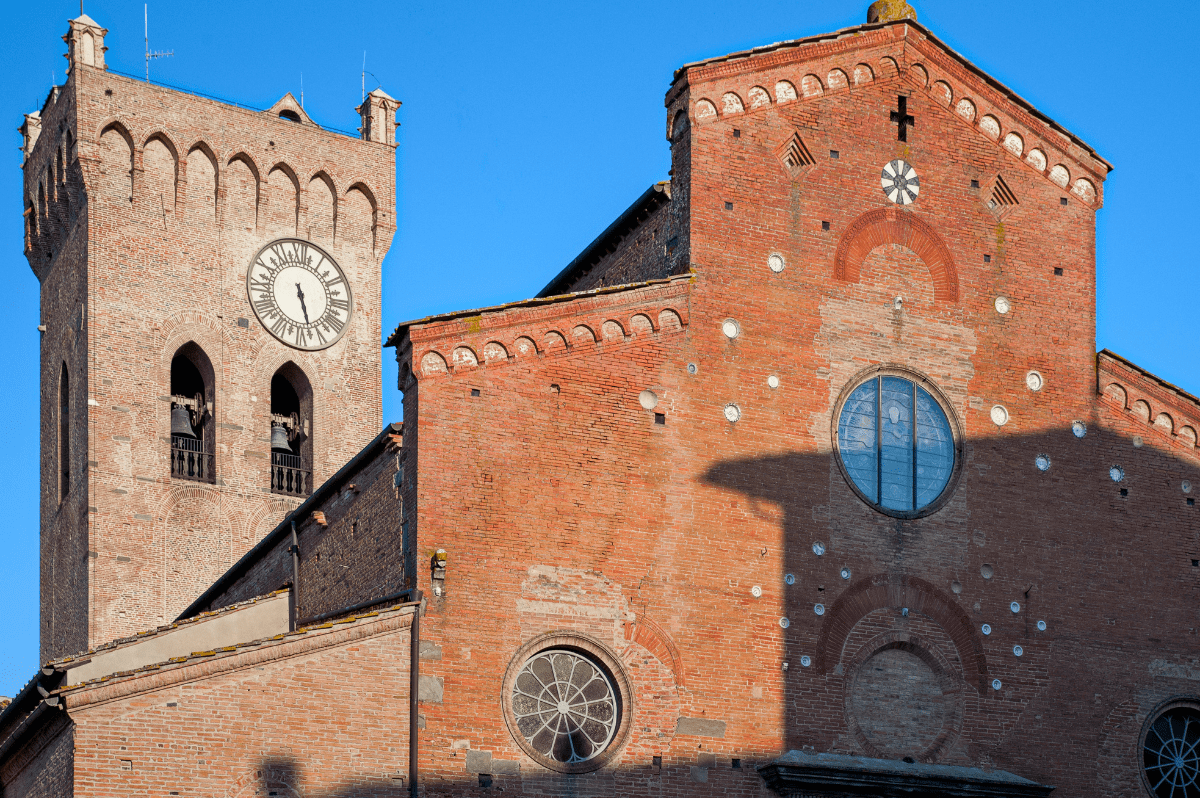 The Cathedral of Santa Maria Assunta and San Genesio, or Cathedral of San Miniato, is the main religious building in the village. It overlooks the square known as “Prato del Duomo” and has a centuries-old history. It was built around the twelfth century on a pre-existing chapel but its current appearance is the result of several renovations that have taken place over time. It has an enigmatic Pisan Romanesque façade decorated with ceramics that reproduce the arrangement of the stars in the constellations of Ursa Major and Minor. Behind the cathedral stands the bell tower, known as the Tower of Matilde by virtue of a legend according to which Matilde di Canossa was born in the nearby Palazzo dei Vicari Imperiali. 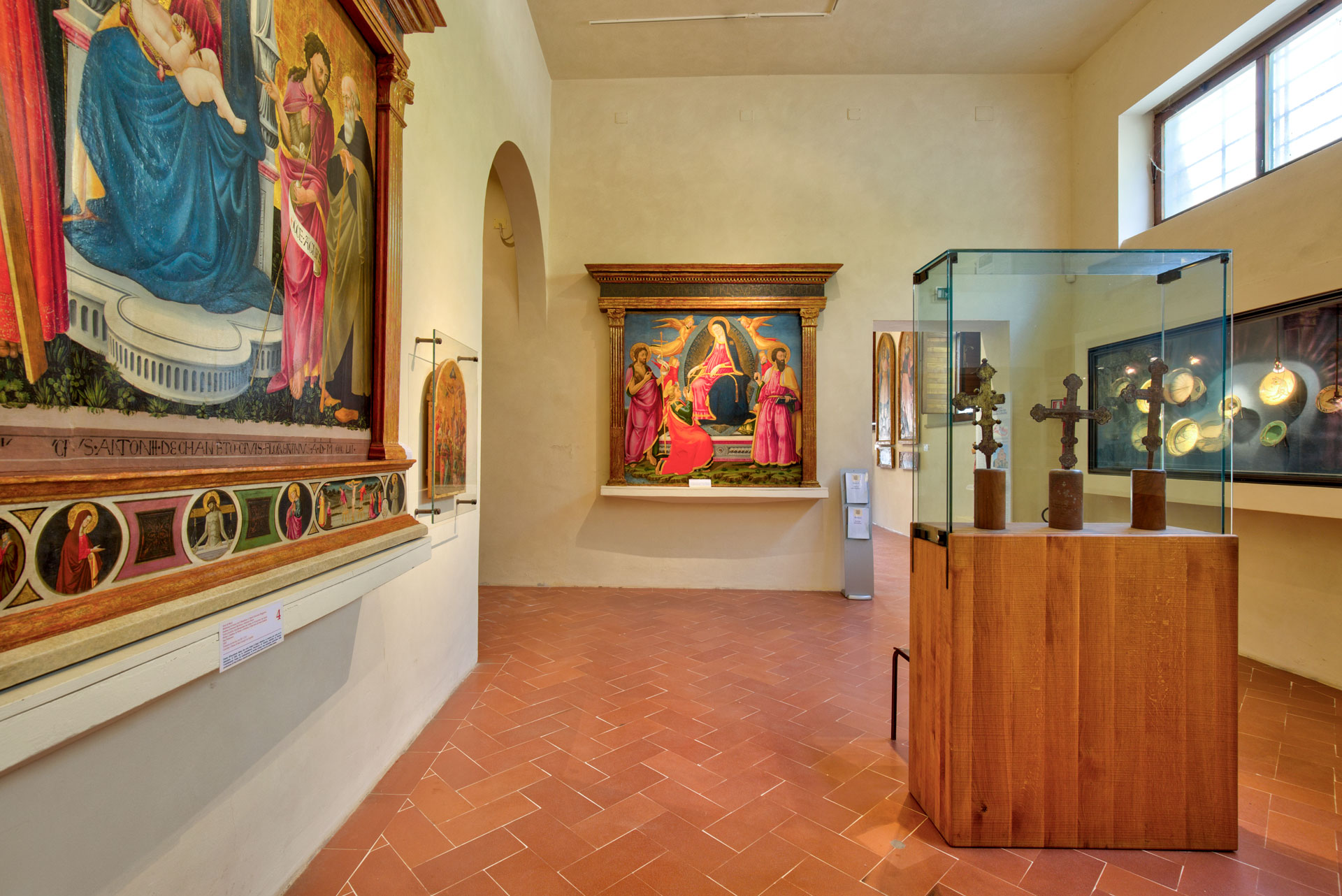 The Diocesan Museum of Sacred Art has been set up in the rooms adjacent to the Cathedral of Santa Maria Assunta and San Genesio, which previously housed the sacristies. Inaugurated in 1966, it was one of the first diocesan museums in Italy. Inside there are about fifty works of art coming mainly from the churches of the diocese, with the aim of conserving and enhancing them. Removed parts of frescoes, wooden tables, bas-reliefs, wooden statues, bronze crosses, ceramic basins and canvases can be admired. Among the works on display, two tables by the Florentine painter Neri di Bicci stand out, the dying San Francesco by Giovanni Bilivert and the terracotta bust of the Redeemer attributed to Agnolo di Polo. 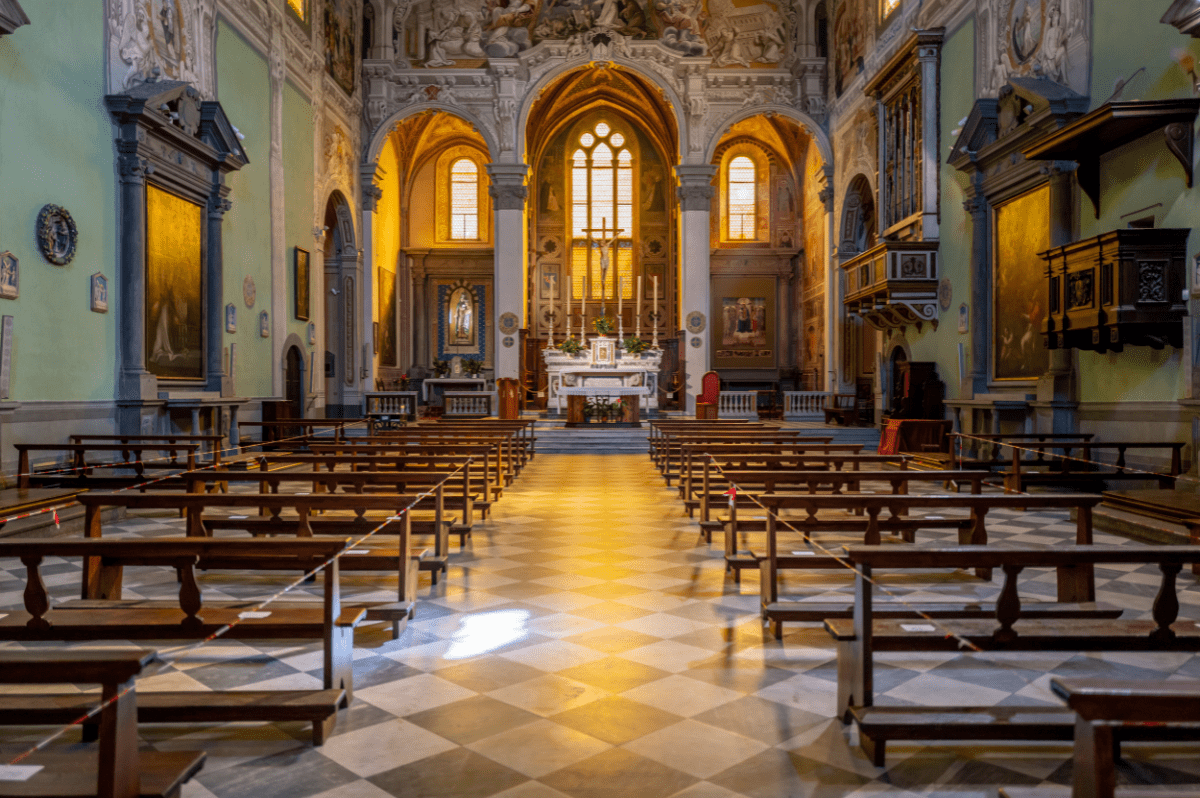 In the central Piazza del Popolo there is the Church of San Domenico, formerly of the Saints Jacopo and Lucia ad foris Portam, of considerable interest from an artistic point of view. Its origins probably date back to the year 1000 but it was rebuilt in the first half of the 14th century. The building is characterized by the large portal in the center of the unfinished facade and by the cloister (where the Municipal Library is currently located) open as a public loggia. The interior, which has a single nave, is rich in valuable works of art. These include: a Madonna and Child with Saint Pius V by Ranieri del Pace; a panel by Poppi depicting the Deposition, with the original frame; and a circular painting by Giovanni della Robbia. 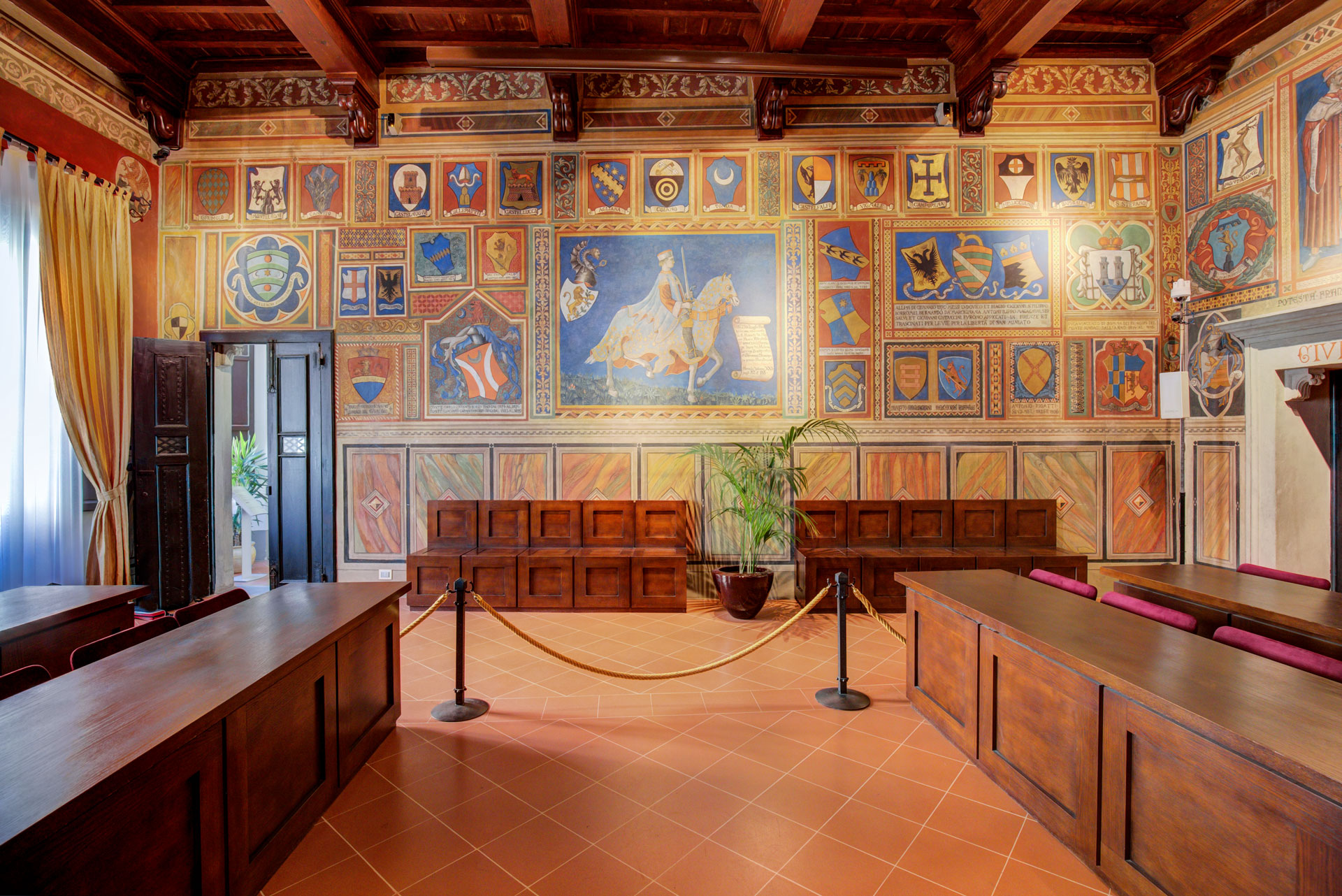 Finally, the Town Hall, for centuries the heart of the civil power of San Miniato, is absolutely worth a visit. It was built at the beginning of the 14th century as the residence of the Twelve Lords, defenders of the people. Inside you can admire some richly frescoed rooms. On the ground floor is the Oratorio del Loretino, a small chapel decorated with a cycle of 15th century frescoes which houses the tabernacle dedicated to the Madonna di Loreto (from which it takes its name). Of great interest are also: the Hall of the Seven Virtues, the oldest in the building; and the eighteenth-century entrance hall on the first floor, used as the Town Council Hall.