Inserted in the list of “I Borghi più Belli d’Italia“, Scarperia e San Piero is a scattered municipality established on 1 January 2014 from the merger of two suggestive medieval villages: Scarperia and San Piero a Sieve. It is about 70 kilometers from our holiday villa with pool in Chianti and is definitely worth a visit. Immersed in the Mugello countryside, it contains artistic and architectural treasures of considerable interest.

What to see in Scarperia e San Piero? Below we offer you a selection of things not to be missed! 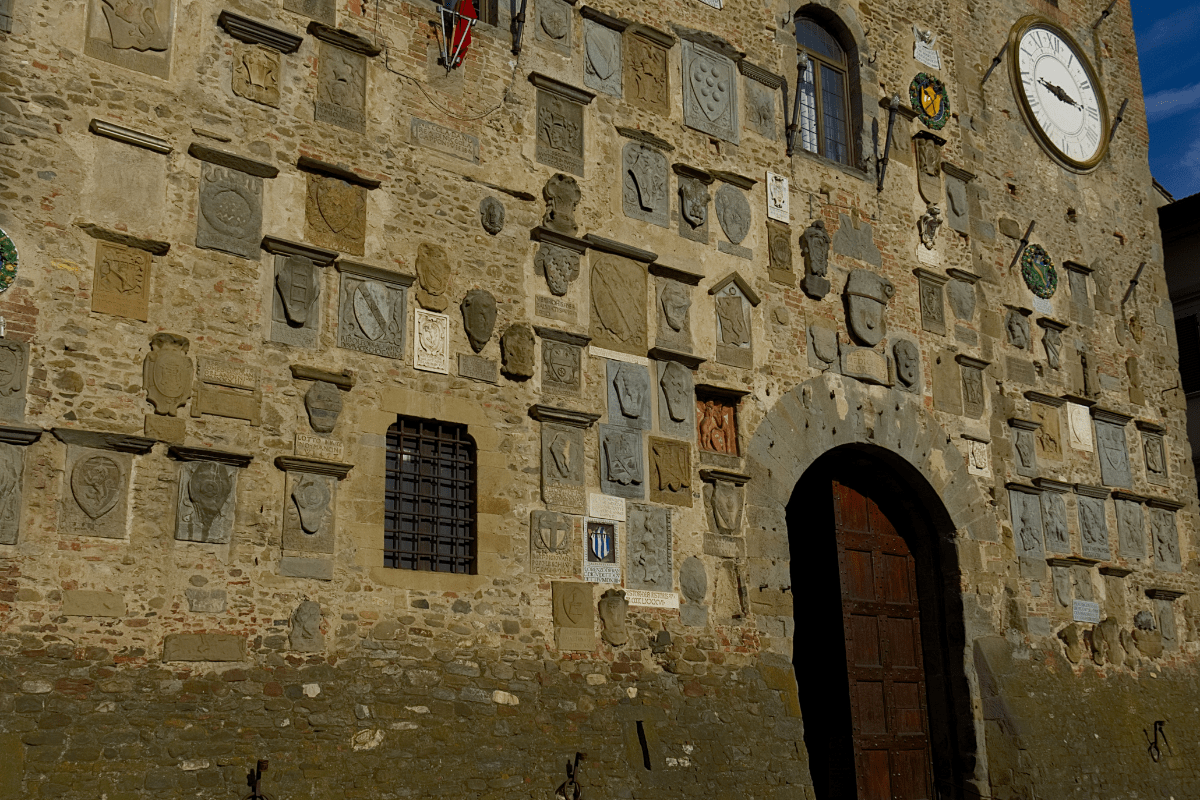 A visit to Scarperia e San Piero can only start from the Palazzo dei Vicari, the symbolic monument of the village. The fourteenth-century building was gradually enlarged and restored over the centuries. The name derives from the “vicars”, representatives of the republic of Florence in the area who lived in the building. Its facade is entirely covered by the coats of arms of the vicars who took turns there, some of which were made by the Della Robbias. In one of the rooms on the upper floor you can admire a valuable Madonna with Child and Saints from the Ghirlandaio workshop. The building houses the Museum of Cutting Tools, which documents the centuries-old activity of the cutlers from Scarperia, and beyond.

#2 – Provost of Saints Jacopo and Filippo 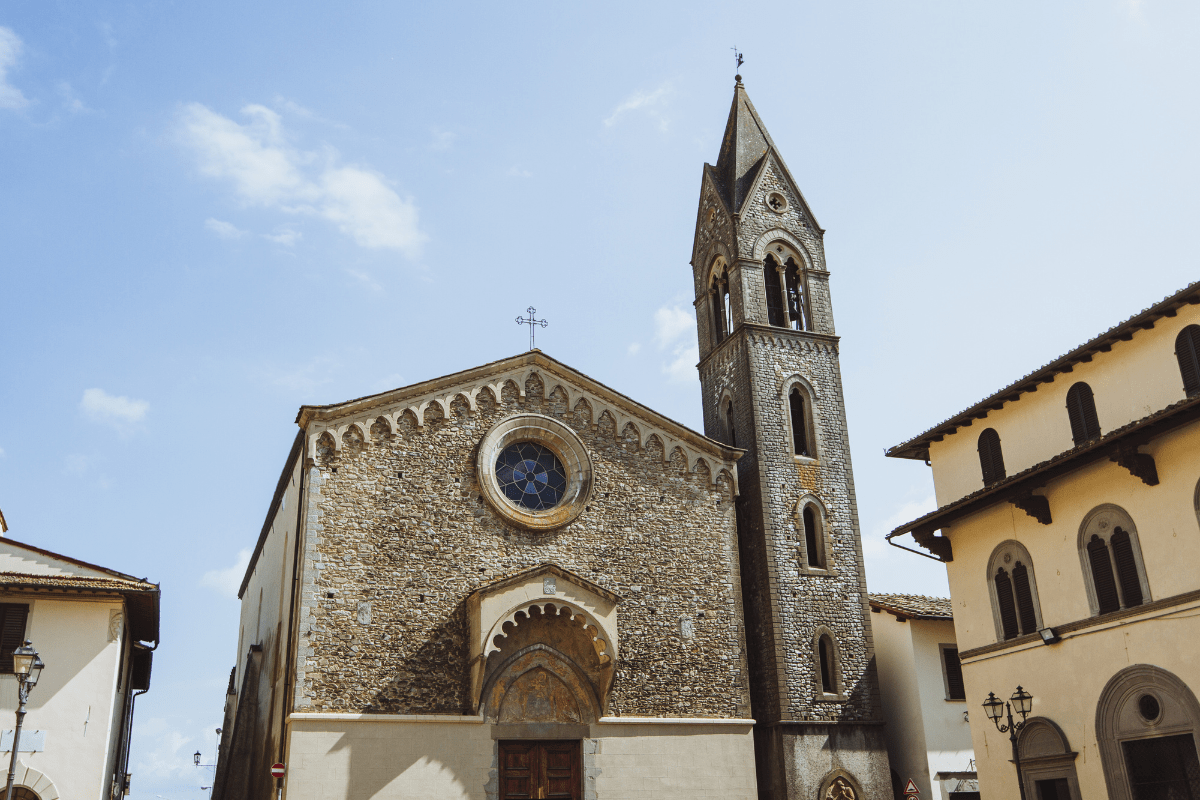 On the Piazza dei Vicari there is also the Provost of Saints Jacopo and Filippo. Founded by Friar Napoleone dei Galluzzi in 1326, it became the seat of the parish of Santi Jacopo e Filippo in 1808, when the Augustinian convent, to which the church was annexed, was suppressed. The building has been extensively restored and restructured over time, especially in the second half of the 19th century, by the architect Mario Falciani. Inside there are some notable works, including a wooden Crucifix by Sansovino, a marble tondo by Benedetto da Maiano and a tabernacle for holy oils by Mino da Fiesole. Open by reservation.

Absolutely not to be missed is the Medici Villa of Trebbio, which has been included in the UNESCO World Heritage List since 2013. It was built on the ruins of a previous feudal tower by the Florentine architect Michelozzo Michelozzi commissioned by Cosimo de’ Medici in the first half of the 15th century. The imposing building stands on top of a hill, from which it dominates the Mugello plain and where important communication routes used to cross in the past. Within its walls it welcomed illustrious guests, including a very young Amerigo Vespucci, fleeing from Florence where the plague was raging. It can be visited only by appointment. 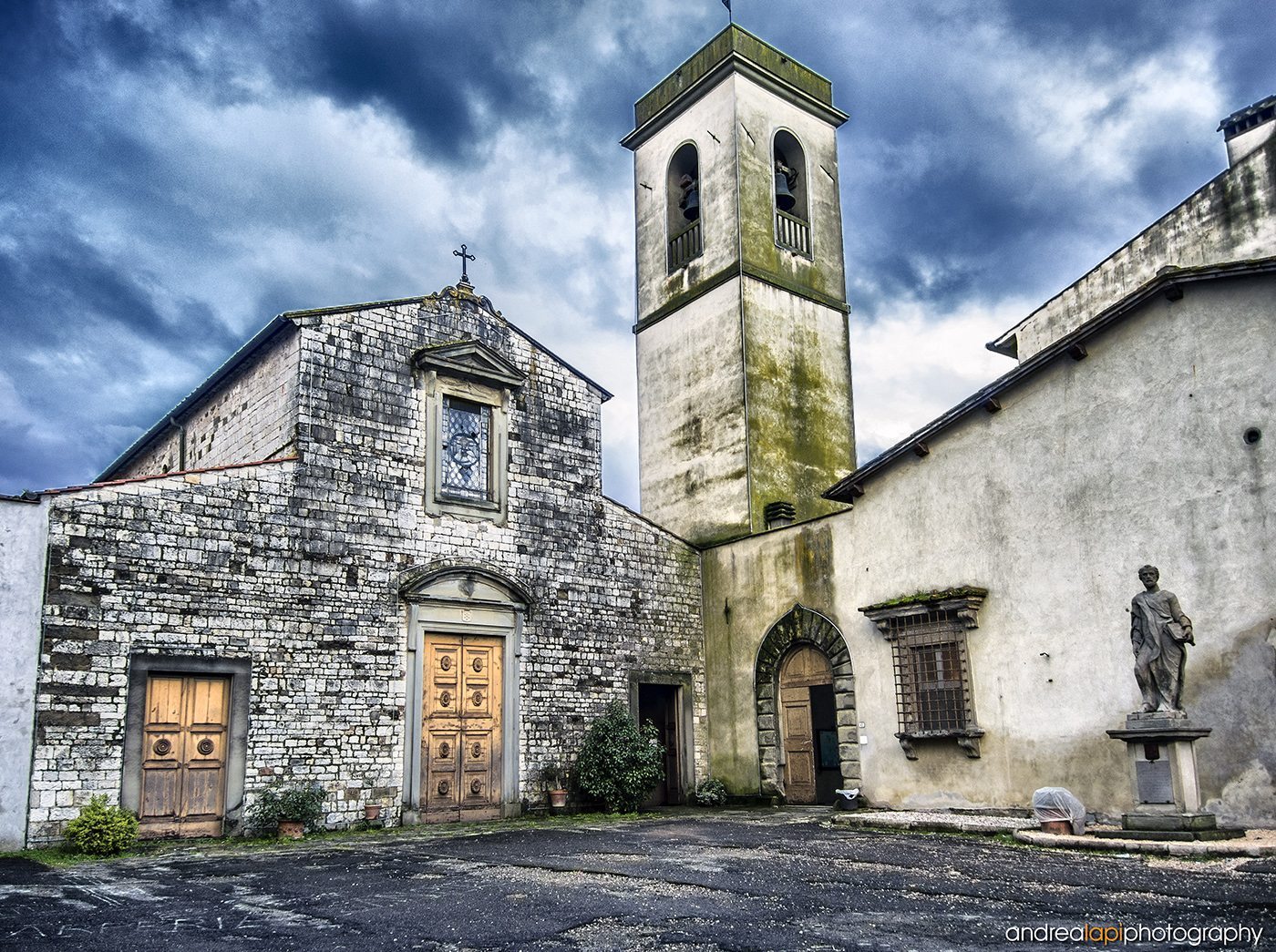 Also worth a visit is the Parish Church of San Pietro, one of the oldest in the Mugello. The current building, rebuilt on a previous construction which has been recorded since 1018, dates back to the mid-14th century. In the church and in the rectory there are artefacts of great artistic value, among which we point out a baptismal font in glazed terracotta with scenes from the life of St. John the Baptist made in the early 16th century by Giovanni della Robbia; a wooden crucifix attributed to Raffaello da Montelupo; and a painting representing the Madonna and Child by Lorenzo di Credi.

In the hamlet of Sant’Agata, on an important communication route that connected Florence and Bologna in the Middle Ages, stands one of the most beautiful and historically most significant churches in the Mugello. It dates back to the 12th century but was probably built on a previous church, traces of which are indicated on the floor. Over time it has been the subject of various restoration interventions, while maintaining, overall, the original structure. Inside it houses various works of art, among which a baptismal font dated 1175, a fifteenth-century tabernacle by the Della Robbias and a wooden table by Jacopo di Cione depicting the Madonna delle Grazie to whom pregnant women turned.