What to see around our holiday villa with pool in Chianti? A little over 25 kilometers away is the small village of Artimino, of a beauty that will literally leave you speechless because it is set in an enchanting hilly landscape. Set on a Montalbano hill, it is one of the most sought-after destinations in the province of Prato for its landscape, history and art. The village still has an almost intact medieval urban layout: clear signs of this are the crenellated clock tower that distinguishes the access to the center of the village, the walls, the characteristic concentric plan and the alleys overlooked by souvenir shops and typical.

Although it retains important medieval structures, numerous studies carried out in the last sixty years, and still in progress, have shown how the attendance of these lands is much older. The territory, in fact, has been inhabited since the time of the Etruscans, who were the first to know and recognize its happy position. On the side of the hill of Artimino stands the Etruscan Necropolis of Prato Rosello (late 8th – 6th century BC), characterized by the presence of tumulus tombs, many of which have been identified, despite the natural erosion suffered over the centuries. Among the most important are the so-called Tomb of the Warrior (dating back to the 8th-7th century BC), found exceptionally intact inside Tumulus B, and that of Tumulus C, preceded by a small vestibule and a wonderfully preserved staircase. 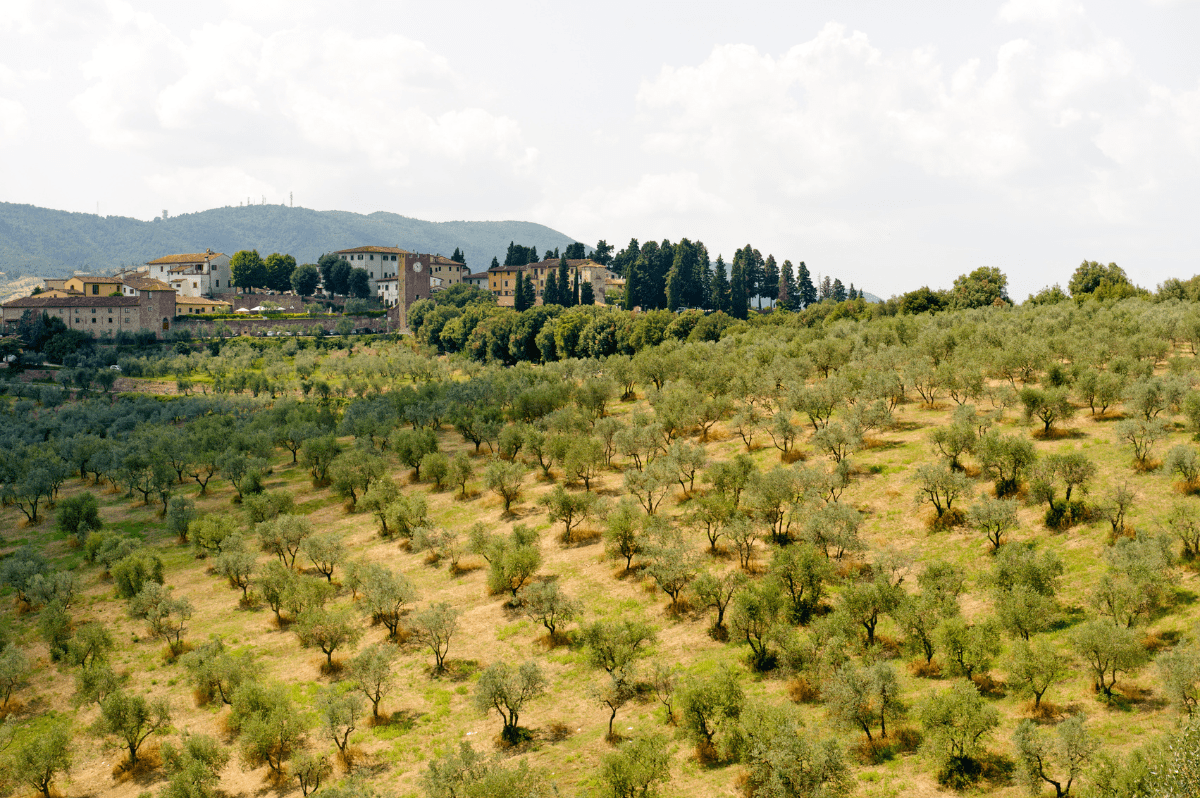 The finds found in the necropolis of Prato Rosello and in other sites scattered throughout the area are kept in the Archaeological Museum of Artimino, named after the archaeologist Francesco Nicosia. Inaugurated in 1983, since 2011 it has been housed in the rooms of the former vat cellars and since 2013 it has been recognized as a “Museum of regional significance”. Inside it houses objects of considerable value. The exhibition itinerary is divided into two sections: the world of the living, dedicated to the population of the area with its various settlements and evidence of daily life; and the world of the dead, reserved for necropolises. Among the pieces on display, a turquoise glass cup, ivory plaques and statuettes, finely crafted bucchero objects and funerary sculptures stand out.

Among other places of interest we mention the ancient Parish Church of San Leonardo, whose original layout probably dates back to the second half of the 10th century, even if it was enlarged at the beginning of the 12th century at the behest of the Countess Matilde di Canossa. The church is a rare example of a pre-Romanesque building. Valuable works of art are preserved here, among which we highlight: the wooden statues of San Leonardo (beginning of the 15th century) and of Sant’Antonio Abate (beginning of the 16th century); a polychrome terracotta from the Della Robbia workshop (1515) representing the Visitation; and the altarpiece of the Madonna del Pozzo, a copy of Raphael’s painting, attributed to Franciabigio (1509).

In the vicinity of Artimino, the following are also worth a visit: the Parish Church of Santi Michele e Francesco, where you can admire the Visitation, one of the most famous works by the painter Jacopo Carucci known as Pontormo; and the Fortress of Carmignano, of which the remains of the three walls and the bell tower remain.