About 50 kilometers from our holiday villa with swimming pool in Chianti is Castelfranco Piandiscò, one of the most beautiful villages in Italy. The municipality was established on 1 January 2014 from the merger of Castelfranco di Sopra and Pian di Scò. The village is nestled between the fairytale landscape of the Balze and the woods of Pratomagno. According to Giorgio Vasari, the famous sculptor and architect Arnolfo di Cambio designed the town: the Florentine imprint is still visible in the urban layout and in some houses.

The visit of Castelfranco Piandiscò can only start from the splendid Arnolfo Tower, considered the symbol of the town. It is so called because it was designed by Arnolfo di Cambio. The tower was built in the 14th century but over time it has undergone several modifications and restorations. Above the door, called Porta Fiorentina, it bears the lily of Florence and the date of its construction. From the top of the tower it is possible to enjoy a magnificent view. 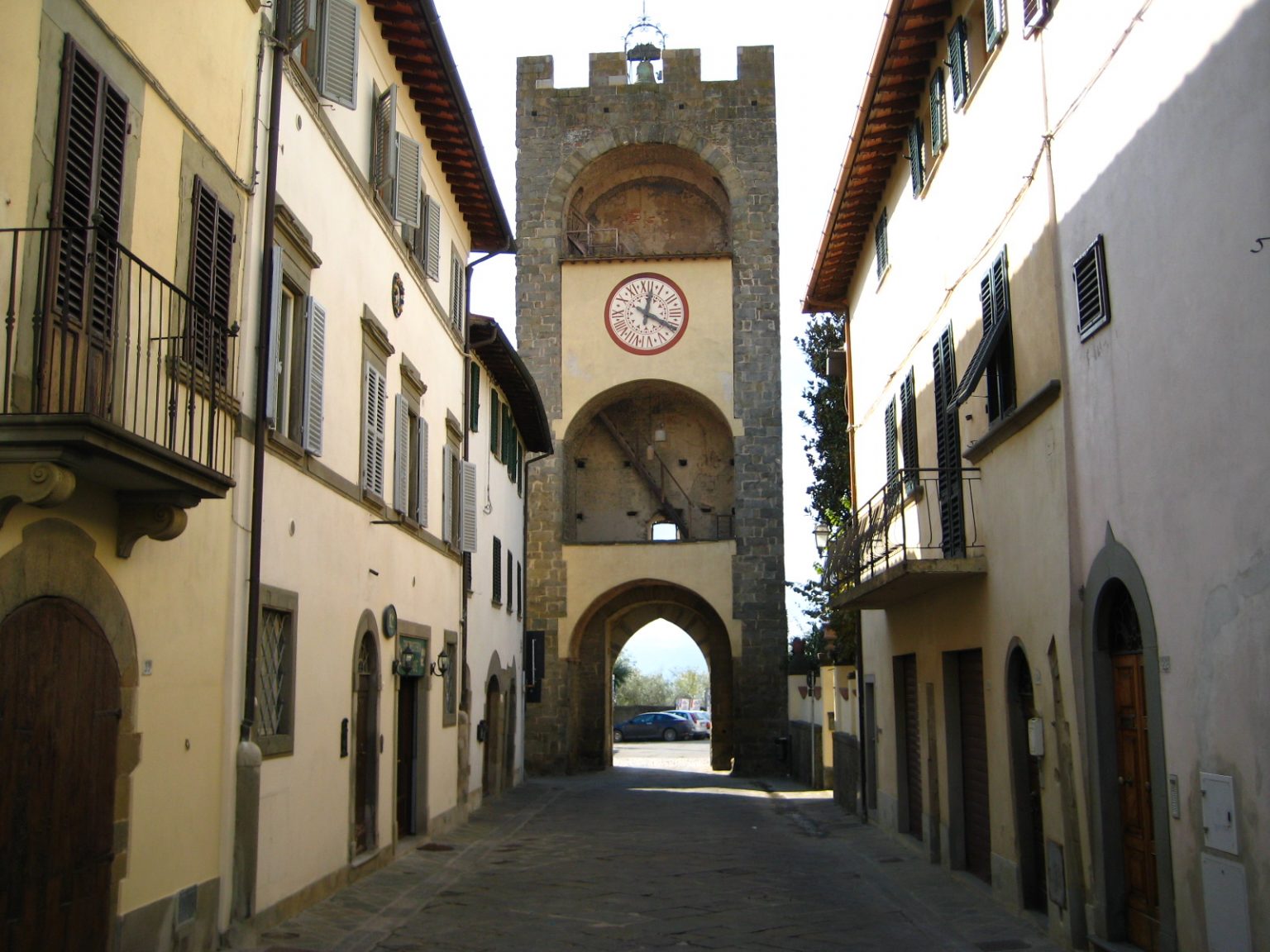 The village is rich in religious architecture, among which the Church of San Filippo Neri stands out. Built in the first half of the 17th century, it has an elegant Baroque facade in sandstone. Inside it houses an altarpiece of San Filippo by the Florentine Matteo Rosselli and a Madonna with Child attributed to Andrea del Sarto. The monumental complex of the Badia di San Salvatore in Soffena is also of considerable interest, consisting of a church, cloister and convent. The Abbey, surrounded by the green of olive trees and vines, was completely rebuilt in the 14th century, as evidenced by today’s Gothic style architectural features. The building is enriched with valuable frescoes by artists such as Paolo Schiavo, the Master Liberato da Rieti, Bicci di Lorenzo and Giovanni di Ser Giovanni known as Lo Scheggia, Masaccio’s younger brother.

Among the other places of worship we highlight: the ancient parish Church of Santa Maria a Scò, built at the turn of the year 1000, where there is no shortage of important works of art; the Oratory of the Compagnia del Sacramento, where an altar in gilded wood of clear Baroque style stands out; and the Chapel of the Immaculate Conception, from the Renaissance period. Among other things to see we remember the Wanda Capodaglio Theater, dedicated to the famous prose actress who spent the last ten years of her life in Castelfranco. Inaugurated in 1930, it houses the activities of the two local amateur theater companies and the music school.

Finally, trekking and hiking enthusiasts cannot miss for any reason in the world the suggestive path of the Acqua Zolfina, along which it is possible to admire some of the most beautiful views of the Balze of Valdarno up close. It starts from Castelfranco di Sopra, near the post office, and winds its way through this truly surreal landscape.