Chianti, thanks to its charm and the evocative atmosphere that reigns among its rolling hills, has often been the protagonist of many succesful films. In the history of cinema, there have been countless directors, both Italian and foreign, who have chosen its splendid landscapes as settings for their films.

Are you curious to know which are the most famous films that have been shot in Chianti?

Here is a small list of films that have been shot, in part or entirely, in Chianti, in which you can admire the enchanting scenery and glimpses that this land is able to offer. They will make you travel comfortably seated on your sofa. 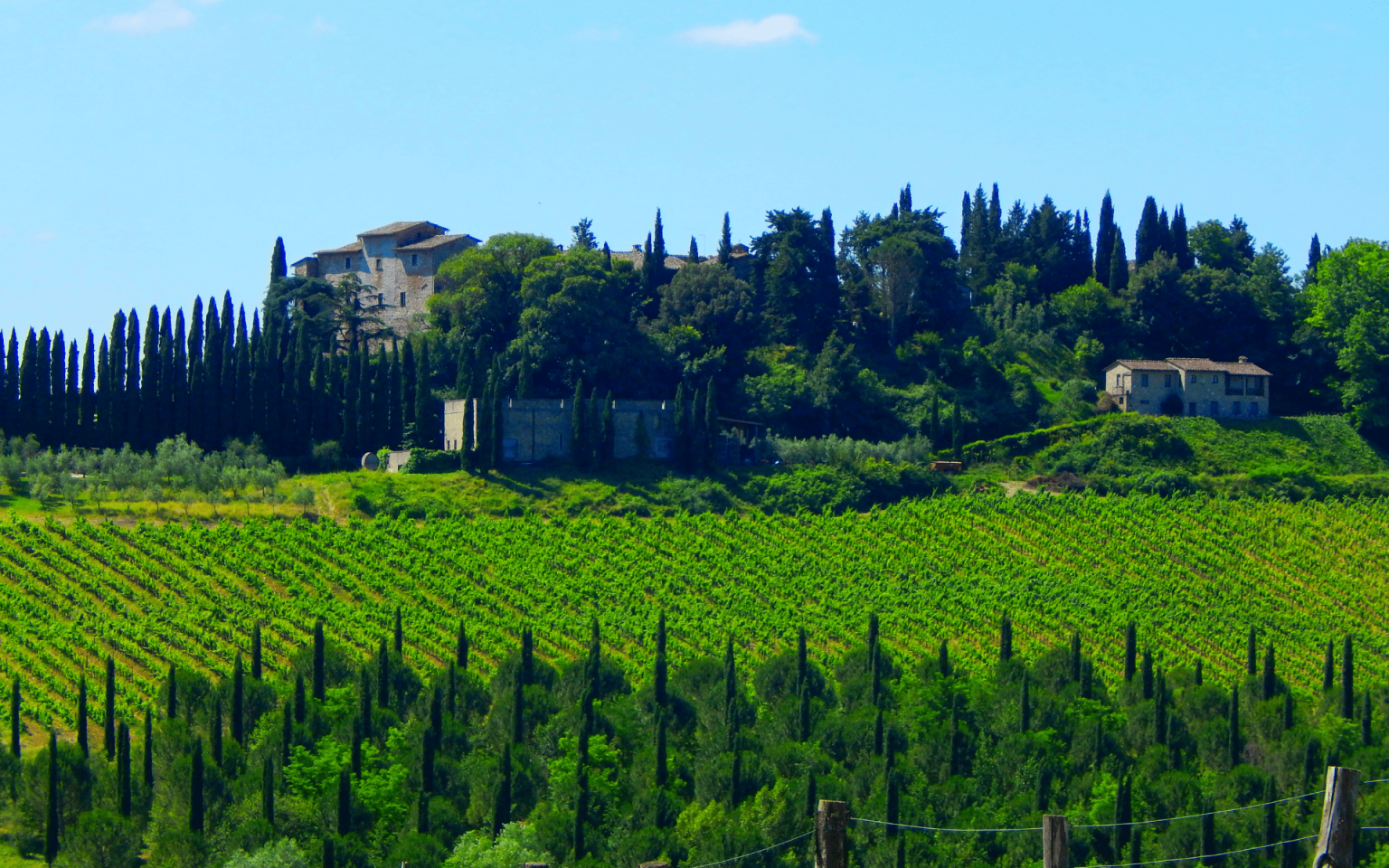 If we talk about films set in Chianti it is impossible not to mention Stealing Beauty, a 1996 film directed by Bernardo Bertolucci, one of the greatest Italian directors of all time. The cast includes a very young Liv Tyler, Jeremy Irons, Sinead Cusack and Stefania Sandrelli. The film tells the story of an American girl, Lucy, who is sent by her father to stay with a couple of friends in a farmhouse in the Chianti hills to overcome her mother’s suicide. The house is a kind of municipality that hosts several artists and intellectuals. The presence of the young woman will disturb the peaceful life of the community. The film, which made audiences from all over the world fall in love with the Chianti countryside, takes place almost entirely between Gaiole in Chianti and Castelnuovo Berardenga.

#2 – Much Ado About Nothing

Another great success filmed in Chianti is Much Ado About Nothing, a 1993 comedy directed by Northern Irish director Kenneth Branagh, who has established himself as one of the most influential filmmakers of his generation. Branagh himself, Emma Thompson, Michael Keaton, Denzel Washington and Keanu Reeves are the protagonists of this film adaptation of William Shakespeare’s tragicomedy of the same name. The film, which incorporates the original Shakespearean hand in hand, narrates the amorous skirmishes of two young couples. The whole comedy is animated by intrigue and subterfuge but above all by fleeting attractions. The film is set in a villa in Messina but was actually shot among the olive groves and vineyards of an estate near Gaiole in Chianti.

#3 – Marriages and Other Disasters

Another film set in Chianti to see and review is Marriages and other disasters (original title: Matrimoni e Altri Disastri), a 2010 comedy directed by director Nina Di Majo, known for the refined irony of her films. There are many well-known names of the cast: Margherita Buy, Fabio Volo, Luciana Littizzetto, Francesca Inaudi and Antonio Petrocelli, just to name a few. The plot follows the events of Alessandro and Bea, two lovers who are about to get married. Bea, however, is forced to leave for a business trip to the United States and so the wedding is organized by her older sister, Nana, who gets help from her brother-in-law. The upcoming wedding will upset Nana’s habits and force her to review her entire life. Several scenes of the film were shot between Radda in Chianti and Gaiole in Chianti.

The last of the films shot in the Chianti area of this small list is With Closed Eyes (original title: Con gli occhi chiusi), a 1994 drama film directed by the director and screenwriter Francesca Archibugi. Freely inspired by the novel of the same name by Federico Tozzi published in 1919, it boasts an extraordinary cast of Italian actors composed among many others by Stefania Sandrelli, Sergio Castellitto, Debora Caprioglio and Marco Messeri, who won the Silver Ribbon for Best Supporting Actor. The film, set in the Sienese countryside at the beginning of the twentieth century, tells the heart-breaking and strident love story between Pietro, the melancholy young son of a rude host, and Ghìsola, a peasant daughter of the same age. Most of the scenes were shot between Castelnuovo Berardenga, Gaiole in Chianti and Radda in Chianti.