Chianti is undeniably one of the most beloved and appreciated regions of Tuscany, this in great part due to its multitudinous sights filled to the brim with vineyards, olive trees, picturesque medieval villages, romantic castles and exceptional historical testimonies. Of course, it is also the land of one of the world’s most refined vines. It truly is a magical territory that never stops mesmerising tourists from all over the world. 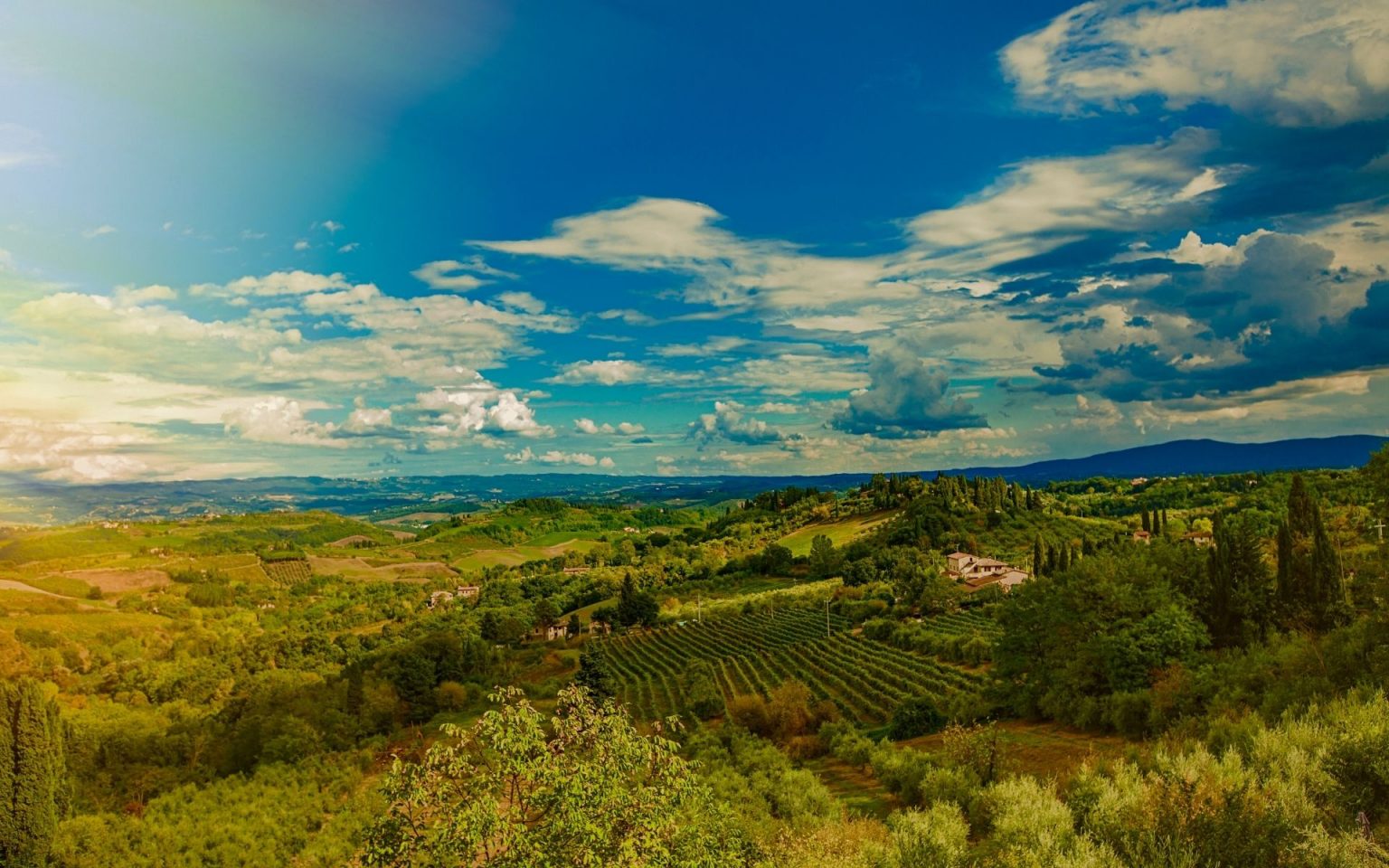 Everyone knows it for its breath-taking beauty and secular vocation to wine production.

Yet, there are curiosities who few know and we often share with the guests of our relais in Chianti.

Up for learning them too?

1# The legend of the Black Rooster

A Black Rooster is the symbol often associated with Chianti wines that are high in quality. Yet have you ever asked yourself why? It all harks back to an ancient legend. In medieval times, Florence and Siena, exhausted by their constant fighting over dominion of the Chianti territory, chose to settle the score and thus draw a border in a most unusual way. Two knights, one from each city, were set to ride across countryside at the first cock crow. The place where they’d cross each other would determine the new border. Legend has it that the Sienese people gorged their white rooster whilst the Florentines fasted their black rooster. The next day, the hunger stricken black bird crowed before the white one, resulting in the two knights meeting only a few kilometres outside Siena. Thus the Black Rooster remained the proud symbol behind the refined wine.

2# Sherlock Holmes and the Chiantishire

Whilst Chianti might attract tourists from all over the world, it is often the English ones who appreciate and go crazy for the beaty of its sights and for the wine produced. Due to the large number of English visitors the entire region has been renamed Chiantishire. This love the English show for the Chianti has long lasting origins, being depicted in the famous novel by Sir Arthur Conan Doyle, The Sign of Four, in 1890, who’s protagonist is none other than the genius detective Sherlock Holmes. In one of the dialogues, one of the characters asks the other: “May I offer you a glass of Chianti, Miss Morstan?”

One thing that must be stated is that Chianti’s beautiful sceneries seem to have come out of a postcard, even better a motion picture film. This has been the case for many productions, who have used the territory as a beautiful backdrop for their movies. Amongst the award nominated films stands out: Bernardo Bertolucci’s Stealing Beauty, starring Liv Tyler and Jeremy Irons; Kenneth Branagh’s Much Ado About Nothing, starring Keanu Reeves and Denzel Washington; and Nina Di Majo’s Marriage and Other Disasters, starring Margherita Buy.

Notable are also the many mentions of Chianti wine. Cited in From Russia with Love, when James Bond uncovers a rival spy disguised as an English gentleman, explaining that no gentleman would ever order a Chianti with a fish plate. Yet, the most famous scene has to be from The Silence of the Lambs when Anthony Hopkins, playing the murderous cannibal Hannibal Lecter, pronounces the phrase: “A census taker once tried to test me. I ate his liver with some fava beans and a nice Chianti.”

4# The Birth of Finocchiona

One of the most renown and representative products of Tuscan cuisine is the delicious sausage Finocchiona. Its origins are contended between Campi Bisenzio and Greve in Chianti. It first came to be in medieval times when Tuscan famers replaced pepper kernels, which you’d find in most Salami, with fennel seeds, due to their greater availability, convenience, and stronger favour to mask possible defects in their wines. So came to be a  saying: “Just how a hairdresser can make even the ugliest lady beautiful, so can the flavour of Finocchiona hide the taste of the most unbearable wines”.

Do you want to discover more curiosities on Chianti?
We await you at il Paluffo, where you’ll discover many more!