What to see around our holiday villa with swimming pool in Chianti? Here is an itinerary that touches some of the most beautiful places in Tuscany. The route is just over 50 kilometers long but can also be covered in stages. 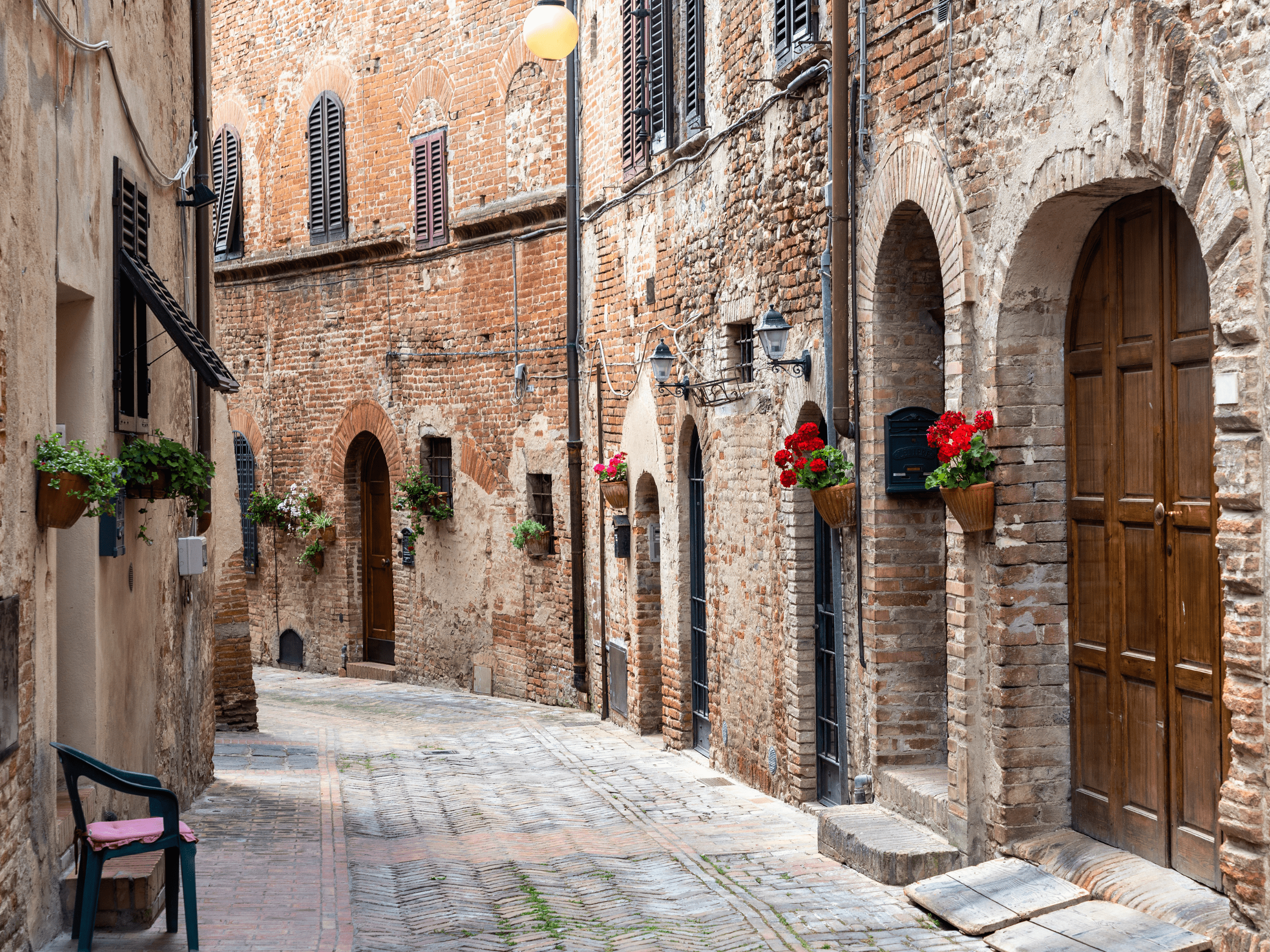 The first stop on the itinerary is the suggestive village of Certaldo, which preserves the urban structure and the medieval atmosphere intact. The ancient part, called Certaldo Alta, is surrounded by perfectly preserved walls. The town is famous for being the birthplace of the well-known poet and writer Giovanni Boccaccio, of whom you can visit: the tomb, located in the Church of Saints Jacopo and Filippo; and the house where he is presumed to have been born and lived, which today houses a museum and the headquarters of the National Body dedicated to him. The most representative monument of Certaldo is the Palazzo Pretorio, the ancient residence of the Alberti Counts. In the palace you can admire frescoes and sinopias of the fifteenth and sixteenth centuries while in the courtyard there is the Japanese Tea House, designed by the artist Hidetoshi Nagasawa. Among the museums we highlight: the Museum of Sacred Art, set up in what was originally an Augustinian convent, where an extraordinary collection of precious works is kept; and the Museo del Chiodo, which presents a unique collection of nails, tools of the peasant culture and wood carvings. On the other hand, among the religious architectures, in addition to the Church of Santi Jacopo and Filippo, the following stand out: the former Church of Santi Tommaso and Prospero, with an important cycle of frescoes by Benozzo Gozzoli; and the Parish Church of San Lazzaro in Lucardo. 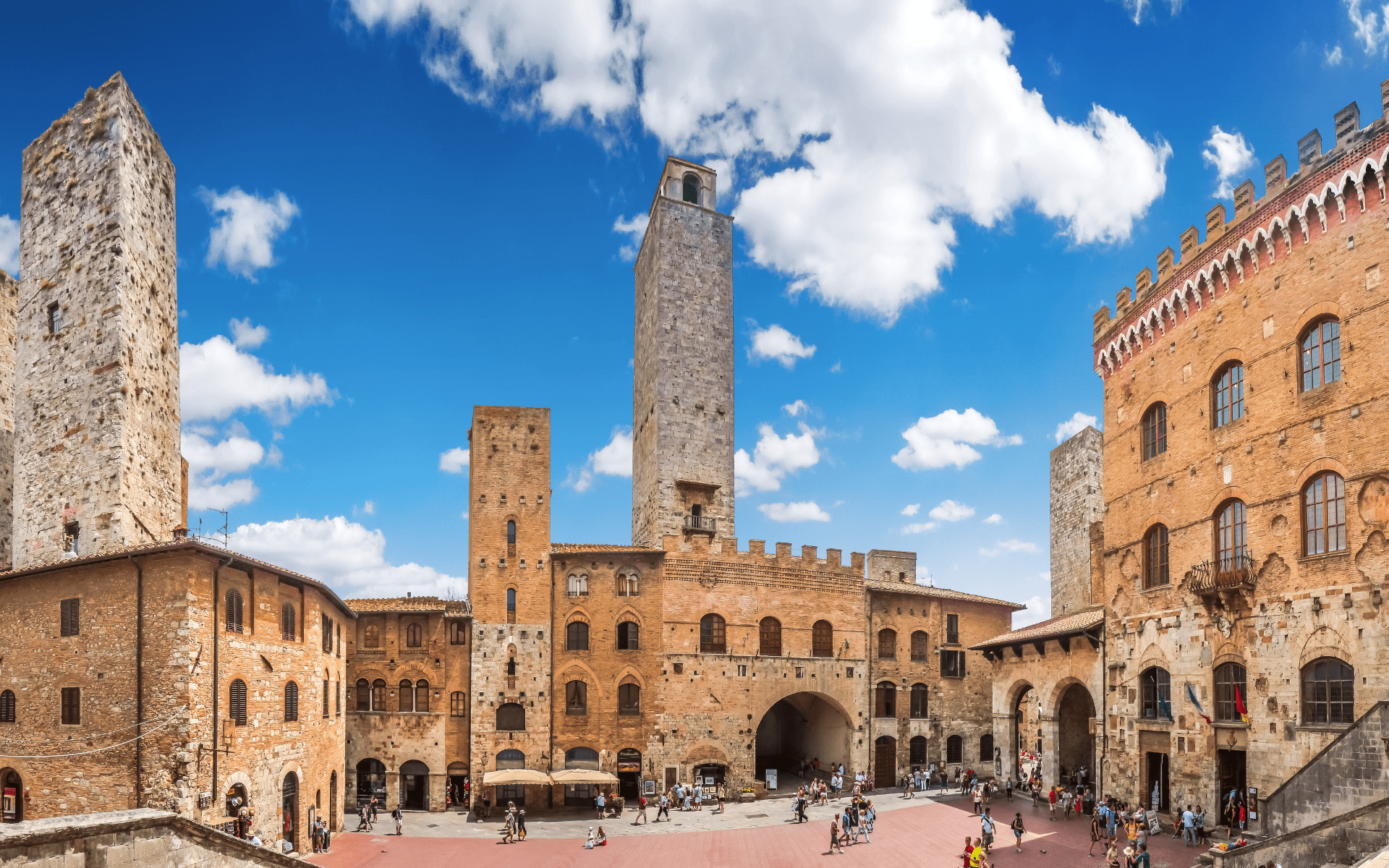 The second stop is San Gimignano, a picturesque town that has preserved the urban layout of the XII-XIII century. It is also known as the “Manhattan of the Middle Ages” for its spectacular towers, of which only 14 of the 72 that once counted remain. Its historic center has been included by Unesco in the World Heritage List with this motivation: “Masterpiece of the human creative genius, it bears the unique testimony of a civilization of the past and the exceptional example of an architectural and landscape complex, testimony of important milestones of human history“. One of the most significant monuments is the Collegiate Basilica of Santa Maria Assunta, or the Cathedral of San Gimignano. Inside it contains precious treasures such as the splendid Chapel of Santa Fina, which presents a wonderful cycle of frescoes by Domenico Ghirlandaio. Also not to be missed is the Palazzo Comunale, which houses the historic seat of the Civic Museums and the Pinacoteca, where you can admire works by the likes of Filippino Lippi, Benozzo Gozzoli and Pinturicchio. From the Pinacoteca it is also possible to access the Torre Grossa, from which you can enjoy an incredible panorama. Among the other things to see are: the municipal center for documentation and tasting of Vernaccia di San Gimignano wine, housed in the fascinating Rocca di Montestaffoli; the Torture Museum, with an exceptional collection of instruments dating back almost entirely to the 16th and 17th centuries; and the thirteenth-century Church of Sant’Agostino. 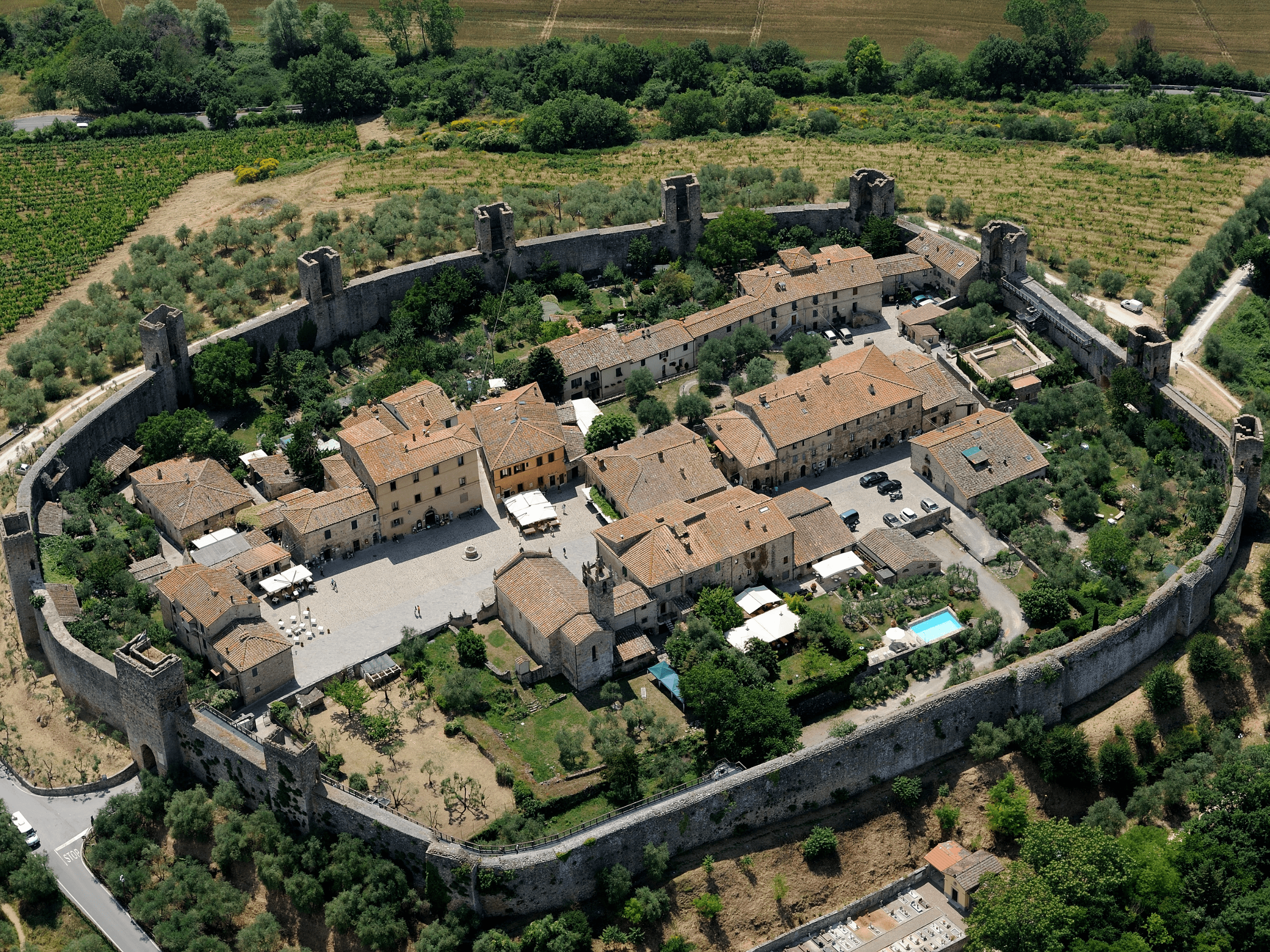 Finally, the last stop on the itinerary is Monteriggioni, an enchanting village enclosed by thirteenth-century walls marked by 14 towers and 2 gates: Porta Franca or Romea, facing in the direction of Rome; and Porta di Ponente, facing Florence. Walking through the narrow streets of the town and along the walls is a truly unforgettable experience, so suggestive that it goes beyond any description. The beating heart of the village of Monteriggioni is Piazza Roma, which is overlooked by the Pieve di Santa Maria Assunta. The church, built in the thirteenth century, houses a seventeenth-century painting depicting the Madonna del Rosario, to which a heartfelt local festival is dedicated in October. Also within the walls, a few meters from the parish church, the Monteriggioni in Arme educational path has been set up, where faithful reproductions of medieval and Renaissance weapons and armor are exhibited. Outside the fortified village, the Abbey of Saints Salvatore and Cirino deserves a visit, which houses important works of art; the Hermitage of San Leonardo al Lago, with a cycle of frescoes by the Sienese painter Lippo Vanni; and the ancient Parish Church of Santa Maria a Castello.