Among the cities not far from our villa, Lucca is undoubtedly worth a visit, a small jewel enclosed within one of the most beautiful city walls in the world, on the top of which there is a splendid tree-lined avenue and a suggestive walk that gives way to observe the city from above. Although Lucca seems small, there are so many things to see that it is almost impossible to list them all. But here is an itinerary for those who, despite having little time available, do not want to miss its main attractions.

The visit of the city starts from the main monument, the Cathedral of San Martino, with the splendid Romanesque façade with three orders of loggias that surmount a large portico decorated with reliefs. According to tradition, it was founded by San Frediano in the sixth century, even if its current appearance is the result of various renovations. Inside it houses valuable works of art, among which the ancient crucifix of the Holy Face and the funeral monument of Ilaria del Carretto made by Jacopo della Quercia stand out. The nearby Cathedral Museum, housed in a complex of skilfully restored buildings, collects the church’s treasure. A few steps away is the Monumetal and Archaeological Complex of SS. Giovanni e Reparata, which traces the history of the city from the Roman foundation to the Middle Ages. 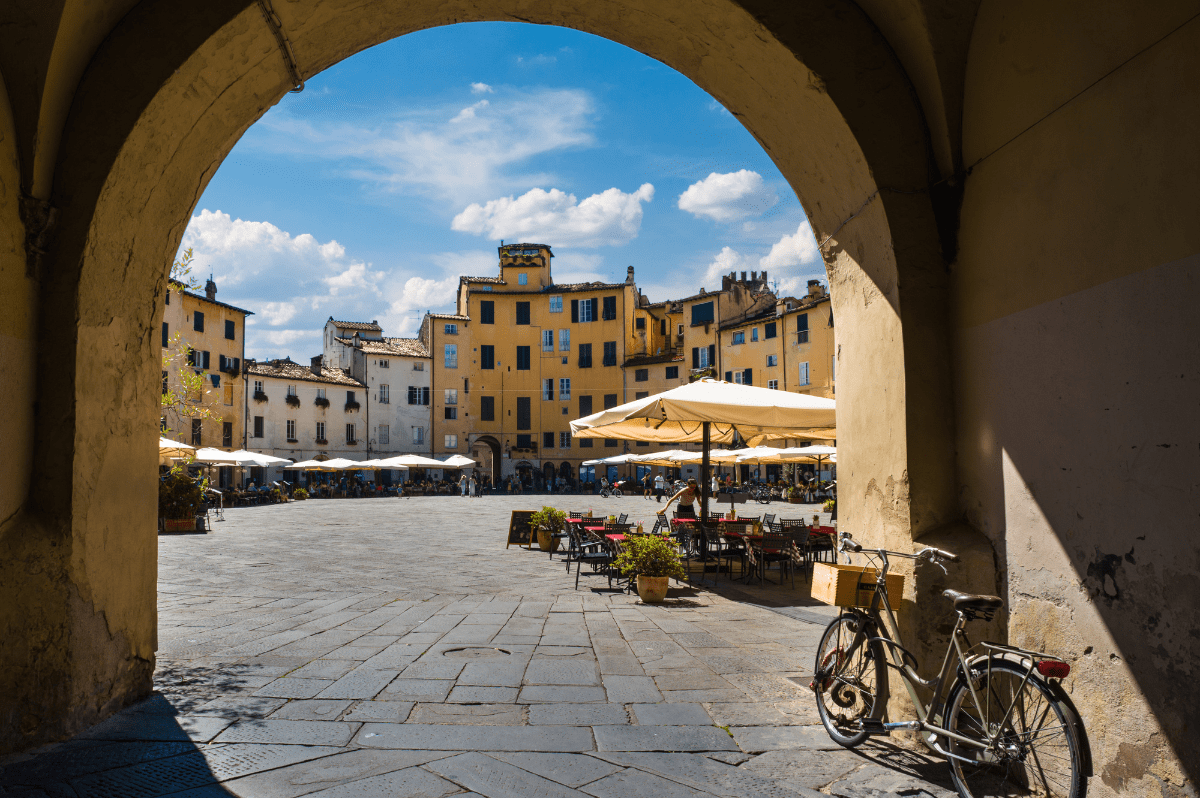 The next stop on the itinerary is Piazza Napoleone, also known as Piazza Grande, one of the symbolic places of Lucca. The monument to Maria Luisa di Borbone stands out in the middle of the square, while the main side is occupied by the sixteenth-century loggia of the Doge’s Palace. Among the prestigious rooms of the palace, the sumptuous Sala delle Guardie is worthy of note, decorated with a magnificent cycle of frescoes dedicated to the emperor Trajan. The building also houses the Mu.R. – Museum of the Risorgimento, which illustrates Italian history in the period from 1821 to the First World War. The itinerary continues in Piazza San Michele, which occupies the original area of ​​the Roman Forum. Here you can find: the fifteenth-century Palazzo Pretorio, designed by the Lucca artist Matteo Civitali; and the Romanesque Church of San Michele in Foro, where important works of art can be admired.

A few minutes walk from Piazza San Michele is the Puccini Museum – Birthplace, where the famous composer Giacomo Puccini was born on December 22, 1858. It houses furnishings, documents, scores and precious objects that belonged to the musician, including the Steinway & Sons piano on which he composed Turandot. After passing the nearby Church of San Paolino, take Via Galli Tassi, overlooked by Palazzo Mansi, a splendid seventeenth-century building that retains most of the furnishings of the time and houses the National Art Gallery, with a collection of paintings of great value ranging from the fourteenth to the 18th century. The itinerary then continues with a visit to the Basilica of San Frediano, a magnificent 12th-century church built on an early Christian basilica. Among the numerous works present, we highlight: the 13th century mosaic on the facade, the marble work by Jacopo della Quercia and the statues by Matteo Civitali.

In the vicinity of the basilica, the beautiful Piazza dell’Anfiteatro deserves a stop, which stands in the place where the ancient Roman amphitheater once stood. It presents, along its entire circumference, shops, shops and clubs. Not far away is the Torre Guinigi, the most important tower in Lucca, from which it is possible to enjoy a wonderful panorama. To reach the top you have to climb 230 steps but it’s worth it. Finally, the last stop on the itinerary is the National Museum of Villa Guinigi, which is housed in one of the oldest buildings in Lucca. Its rooms retrace the history of the city, from the eighth century BC. up to the eighteenth century.