Itinerary in the Sienese Chianti

What to see in Chianti? Here is an interesting and exciting itinerary that will lead you to discover the artistic, natural, and historical beauties of the Sienese Chianti. It is an extremely fascinating and one-of-a-kind territory, capable of offering breath-taking glimpses and panoramas. The itinerary is about 70 km long but can also be covered in stages. 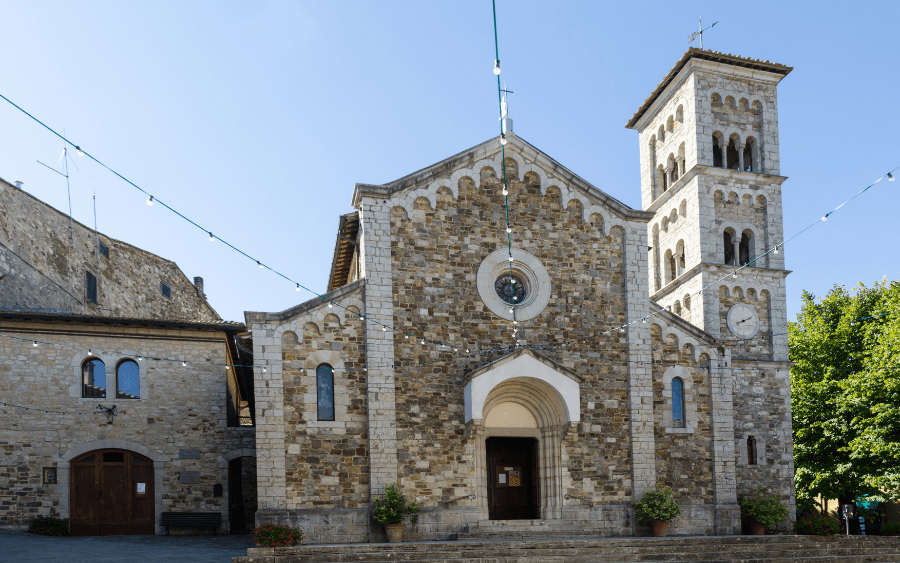 Starting from our villa, the first stop on the itinerary is Castellina in Chianti, a pretty medieval village that stands on top of a hill. Its origins, however, date back to the Etruscan period, as evidenced by the remains of the Poggino necropolis near the town of Fonterutoli and the Montecalvario tumulus. After a walk along Via delle Volte, the suggestive covered road leaning against the ancient walls, we suggest you visit the Rocca, where from its tower you can enjoy a splendid view of the Chianti landscape. Inside the fortification there is the Archaeological Museum of Chianti Senese. Among the religious buildings, the Church of San Salvatore stands out, which houses an important fresco by Bicci di Lorenzo.

The second stop on the itinerary is Radda in Chianti, probably the most medieval of the municipalities in the area. Positioned on a hillock, it is enclosed within the ancient city walls. Like Castellina in Chianti, Radda also boasts Etruscan origins. Traces of this mysterious people have been found in the area of Poggio la Croce. The heart of the town, dominated by what remains of the castle, is Piazza Francesco Ferrucci, overlooked by: the fifteenth-century Palazzo del Podestà, decorated with heraldic coats of arms on the facade, and the Propositura di San Nicolò, founded in the fourteenth century but renovated in the twentieth century. The hamlet of Volpaia is worth a visit, a small, fortified village where time seems to have stopped. 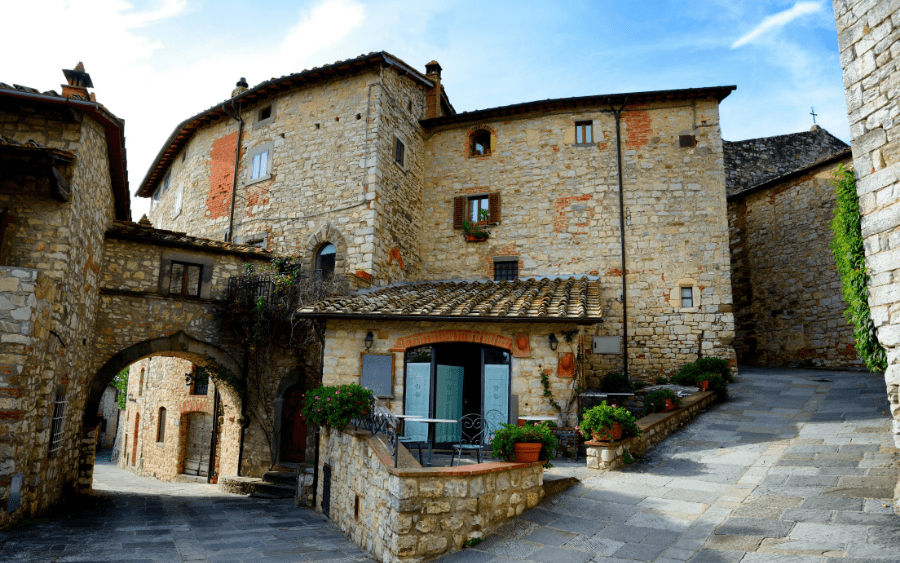 A few kilometers from Radda in Chianti is the walled village of Vertine, which perfectly preserves evidence of its past. Walking through the narrow streets of the village means taking a trip back in time. Inside the town you can see the Pieve di San Bartolomeo, which preserves fragments of frescoes dating back to the fifteenth century. The next stop is Gaiole in Chianti, another wonderful village of medieval origin. Its territory is characterized by the presence of numerous religious architectures, among which the following stand out: the Romanesque Pieve di Santa Maria a Spaltenna, dating back to the 10th century, inside which is kept a wooden crucifix very important for the Chianti population; and the thirteenth-century Pieve di San Polo in Rosso in Poggio San Polo, of great artistic interest.

The itinerary then continues in the tiny and quiet village of San Gusmé, with its characteristic streets and buildings that preserve the signs of history. In the village, enclosed within the ancient walls, you can admire the Pieve dei Santi Cosma e Damiano and the Church of the Compagnia della Santissima Annunziata. Finally, the last stop on the itinerary is Castelnuovo Berardenga, a fortified village immersed in a naturalistic context of great beauty. The most prominent element of the town is the nineteenth-century Villa Chigi Saracini, surrounded by an Italian garden and an English park. Among other things to see are: the Landscape Museum, which presents a rich documentation on the history of the Sienese landscape; the Chianti Sculpture Park, with contemporary installations and sculptures; and the Pieve di Santa Maria a Pacina, of ancient origins.