The Abbey of San Galgano and the Hermitage of Montesiepi

In the municipality of Chiusdino, about 60 km from our holiday villa in Chianti, is the Abbey of San Galgano, one of the most evocative places in all of Tuscany and one of the greatest examples of Gothic-Cistercian architecture in Italy. Despite being in ruins, it is famous all over the world. 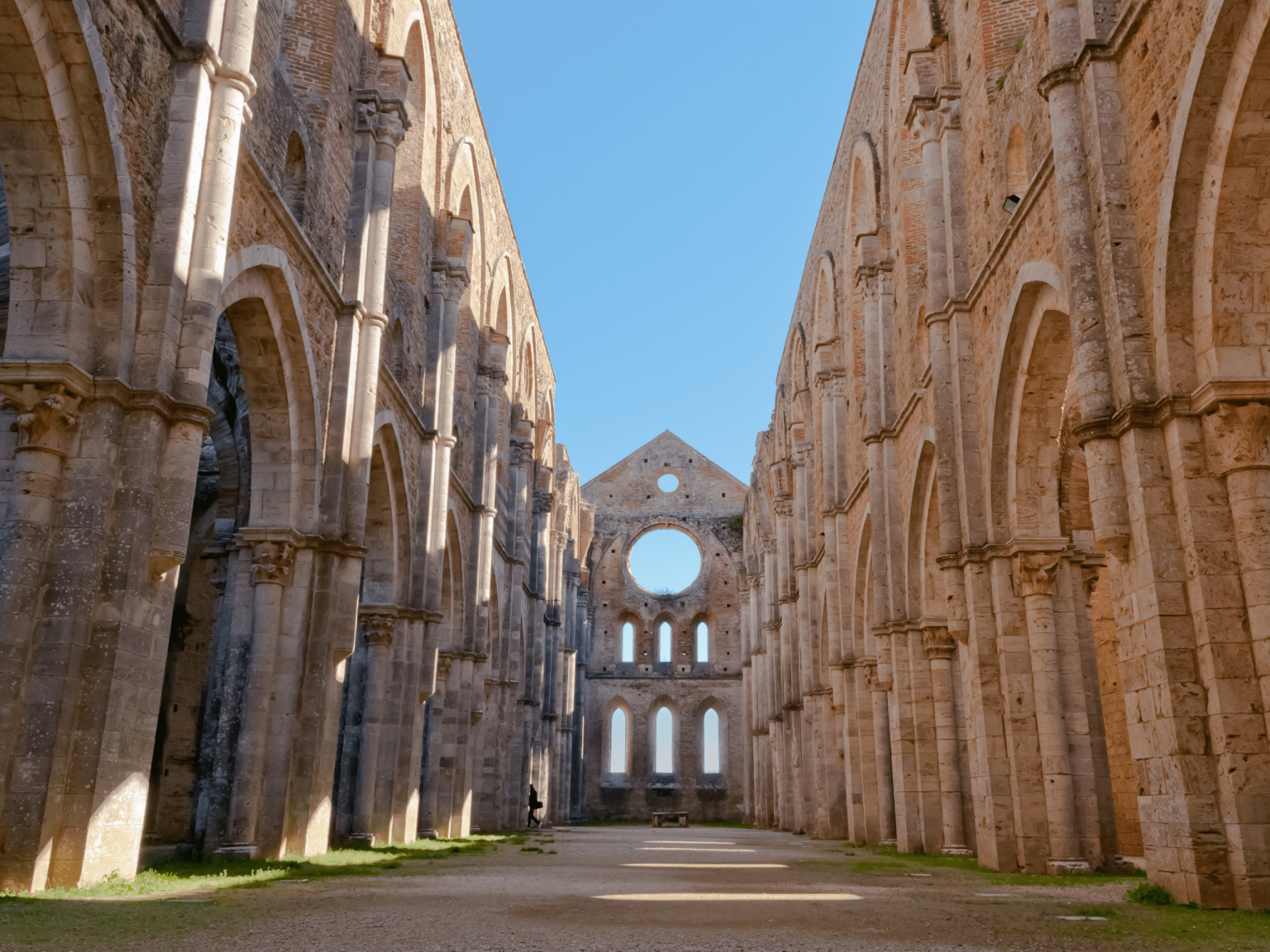 Immersed in the Sienese hills, the abbey was built by the Cistercian monks between 1218 and 1288, a period during which what is known as the “temperate” Gothic spread throughout Italy. It is not known for certain who designed the building: it’s thought that a part was built by Donnus Johannes and another by friar Ugolino di Maffeo. After an initial period of splendor, the structure began to deteriorate as early as the 15th century. Various repairs were attempted but did not succeed in stopping the decay process which in the 18th century caused the collapse of some parts.

It was only in the twentieth century that the state chose to consolidate what remained of the abbe. Standing without roof and floor, you can admire the walls and some rooms, including the refectory. This fascinating place full of mystery and history, in addition to attracting visitors and onlookers from all over the world, has also been used as a setting in several films and as a stage for great operas and music. 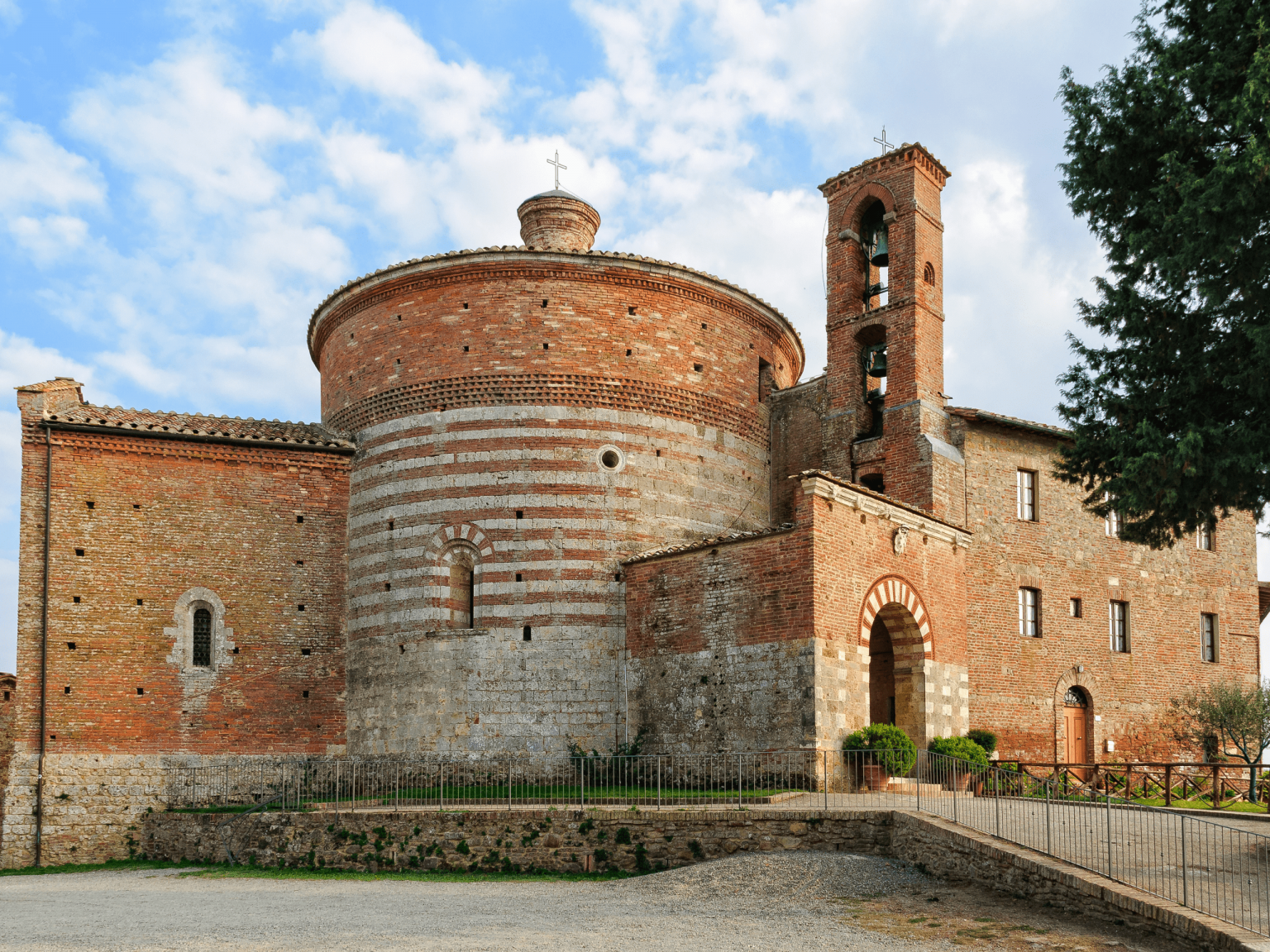 In the immediate vicinity of the abbey, on top of a small hill, stands the Hermitage of Montesiepi. It was built between 1181 and 1185 in the place where the noble knight Galgano Guidotti, then honored as San Galgano, spent his last year living in isolation. The building, of Romanesque-Sienese style, was enlarged in the 14th century annexing a bell tower to it. Although it has been restored several times over the ages, it has retained its original appearance.

Inside, to the left of the entrance, is a splendid rectangular chapel added in the fourteenth century, frescoed between 1334 and 1336 by the painter Ambrogio Lorenzetti, considered one of the great masters of the Sienese school of the fourteenth century. Among the various frescoes, the very unique one of the “Madonna with three hands” stands out, where the Madonna holds Jesus in her arms with two hands while a third holds a stick.

What draws most visitors to the hermitage is undoubtedly the mysterious sword stuck in a block of stone, around which stories and legends have been revolving for centuries. Legend has it was planted by San Galgano after receiving a vision of the Apostles and decided to leave his dissolute life as a lord forever, to become a hermit. Metallographic tests have confirmed that it dates back to a period prior to the 12th century. Today, the sword is protected by a glass coffin to prevent anyone from trying to pull it out.