The Balze of Valdarno, the landscape of the Mona Lisa

The Balze are the most characteristic element of the Valdarno Superiore landscape, the territory between the Arno and the hills at the foot of the Pratomagno mountain range. These small mountains, located about an hour’s drive from our villa, are particular geological conformations made up of stratified sands, clays and gravels, up to a hundred meters high, of different shapes and interspersed with deep and scenic gorges. Also known as smotte, they emerge from vast meadows and tufts of wood, creating a landscape of particular charm and beauty.

The Balze are the result of the erosion of lake sediments by atmospheric agents and waterways. Their history originated in the geological era of the Pliocene, when the Valdarno was a vast lake, whose banks were represented by some of the current mountains. Following the drying up of the lake, the erosive movements began, which still continue their modeling action, of the hydrographic network formed by the Arno river and other smaller streams. 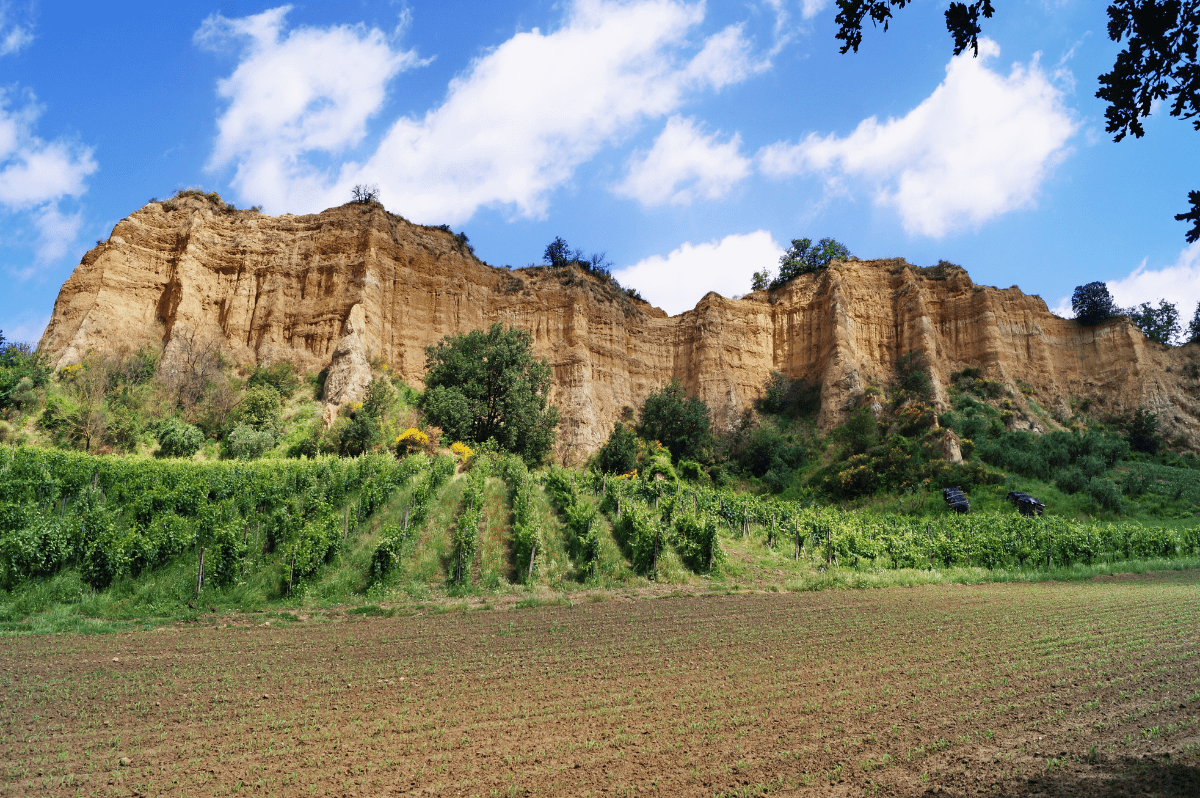 The first to notice their particularity was Leonardo da Vinci, as evidenced by his manuscripts collected in the Leicester Codex. In this regard, here is what he wrote: “This valley receives above its bottom all the earth brought by the waters of the turbid one, which can still be seen at the foot of the Prato Magno remain very high; and below it the deep signatures of the ‘rivers that have passed there, there which descend from the great mountain of Prato Magno, in which sawdust no traces of marine land nichi can be seen … “. The genius of the Renaissance was so fascinated by them that he depicted them in many of his paintings. We can admire them behind the shoulders of the Madonna dei Fusi or in the background of the Mona Lisa.

The most spectacular reliefs rise close to the slopes of Pratomagno, in the municipalities of Terranuova Bracciolini, Castelfranco di Sopra, Loro Ciuffenna, Pian di Scò and Reggello. There are many paths, which can be traveled on foot or by bike, from which it is possible to admire this spectacle of nature in all its magnificence. Among these, the most famous and characteristic is undoubtedly the path of the Acqua Zolfina, so called because it partly runs along a sulfur spring. About 6 km long, it starts from the medieval village of Castelfranco di Sopra, near the post office, and winds its way through this truly surreal landscape. Another path that allows you to fully appreciate the beauty of the area is the one that leads to the so-called Buca delle Fate, which starts from the center of Terranuova Bracciolini.

Crossing the various paths you will be fascinated not only by the enchanting landscapes, the Romanesque churches, the castles and the villages, but also by the floristic diversity that enriches these reliefs. As for the fauna, the territory is populated by small wild animals, foxes, hares, porcupines, wild boars, roe deer and thousands of birds, including some migratory species which, for incomprehensible reasons, have found their habitat here different from those traditional wetlands.