The Romanesque Churches in Chianti

The Chianti area is famous all over the world for its marvelous hilly landscapes and countless excellent products, among which wine and extra virgin olive oil stand out. However, these evocative lands also include other wonders such as the Romanesque churches which, surrounded by nature, constitute one of its most fascinating aspects. Starting from the 11th century in Chianti most of the religious buildings were rebuilt in Romanesque form, to the point that the area offers a very high number of them.

One of the most beautiful Romanesque churches in Chianti is the Pieve di Sant’Appiano in Barberino Val d’Elsa, just over 10 km from our villa. The current building, built in the 12th-13th centuries, preserves the remains of a proto-romantic structure. Inside it houses valuable fifteenth-century frescoes while in the annexed rooms it houses a small archaeological museum. In Panzano in Chianti, a fraction of the municipality of Greve in Chianti, there is the splendid Pieve di San Leolino, which is in the Romanesque form, rebuilt in the 12th century. It preserves a rich heritage of works of art, including a thirteenth-century dossal attributed to Meliore di Jacopo and a wonderful fourteenth-century triptych by the Maestro di Panzano. 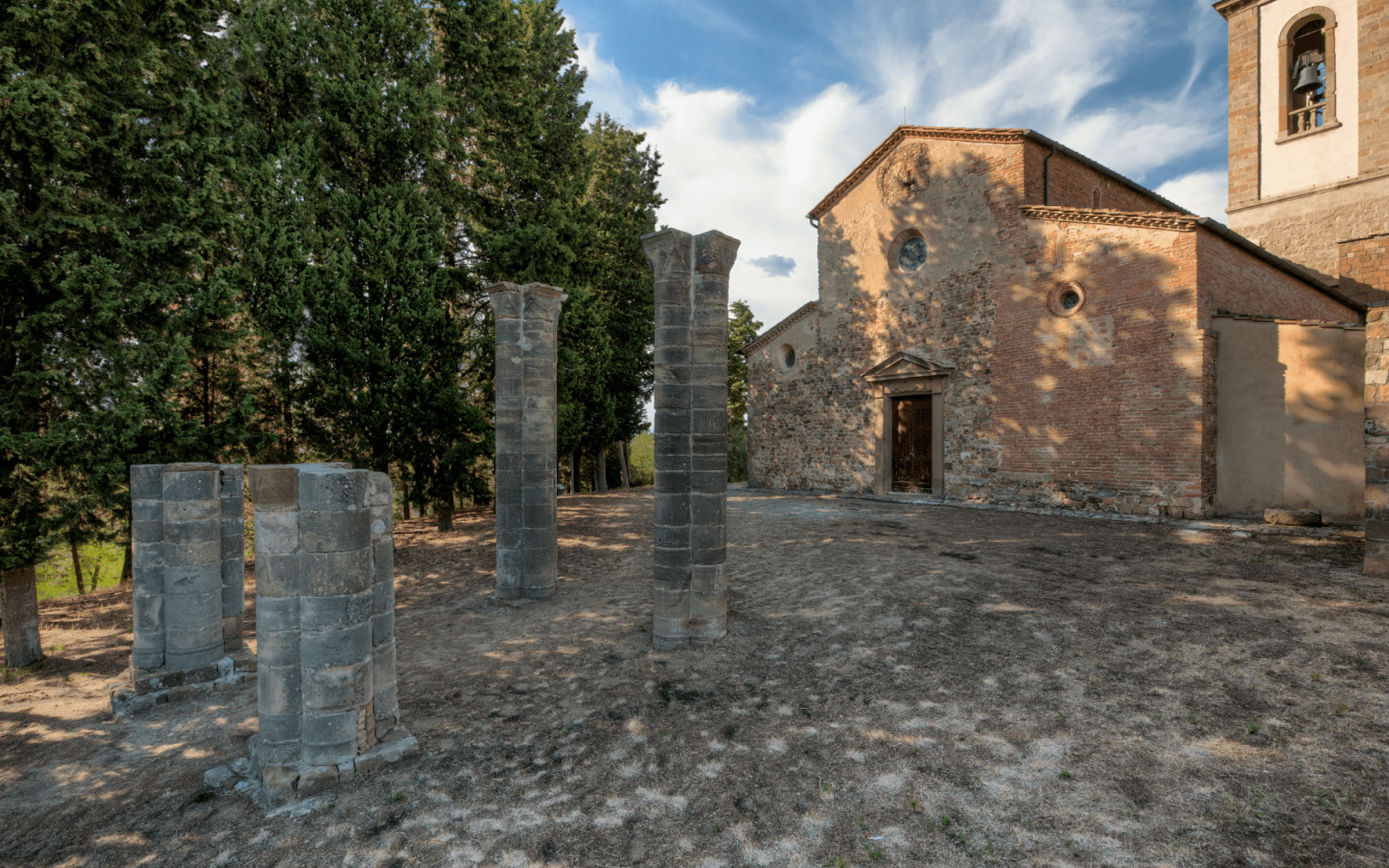 In Castellina in Chianti, not far from the town, there is the Church of Santa Maria in Colle, known as the Badiola due to the presence of an ancient female monastery of which there are testimonies since the 12th century. Although modest in size, it represents one of the most interesting examples of Romanesque architecture in Chianti. Also in the Castellinese area you can admire other religious buildings of Romanesque origin: the Pieve di San Leonino in Conio, dating back to the 11th century but largely rebuilt at the end of the 18th century; the parish Church of Sant’Agnese in Chianti, rebuilt in its primitive dimensions after the war; and the Church of San Quirico, with a small bell tower added later.

In Radda in Chianti, the parish Church of Santa Maria Novella is undoubtedly worth a visit, probably built during the 10th century. Although it has been largely rebuilt, it has kept the original layout as evidenced by the three apses and columns with Romanesque capitals. In Gaiole in Chianti there is the Pieve di San Polo in Rosso, one of the most picturesque religious buildings in Chianti. The layout of the church is Romanesque but has subsequent Gothic insertions. Inside you can see medieval frescoes from the Sienese school. Also in the territory of Gaiole the following should be noted: the parish Church of Santa Maria a Spaltenna, where a valuable crucifix is venerated around which an old legend revolves; and the parish Church of San Giusto in Salcio.

Our journey through the Romanesque churches of Chianti ends in Castelnuovo Berardenga, where you can admire the ancient Pieve di Santa Maria a Pacina. It has links with the proto-romantic architecture of the eleventh century even if subsequent architectural interventions have modified the original structure. It houses some rather interesting works of art. Not far away, in the locality of Dofàna, you can admire the small Canonica di Sant’Ansano, dating back to the 13th century.