Tuscany is rich in incredible typical products, among which the Saffron of San Gimignano DOP stands out, a very precious spice obtained from the dried stigmas of the Crocus sativus flower and produced exclusively in the territory of San Gimignano. It comes in intact orange-red filaments and is characterized by purity, coloring power, perfume and very intense aroma. It is nicknamed “red gold” not only for the color but also for the price. In fact, it is one of the most expensive ingredients on earth, much more than truffles and caviar.

Saffron has detoxifying properties, aids digestion and protects the body from intestinal infections. It is used in the kitchen to “enrich” the flavor of numerous recipes. It goes particularly well with risotto, fish, white meat stews, chicken, rabbit, veal, desserts and ice cream. Try the “rabbit morsels with saffron” and the “mussels with saffron”. The product is also present in local specialties such as bread with Vernaccia and saffron, and the schiacciata with saffron.

Its origins are said to be mythological. An ancient legend tells that the young Crocus was ardently in love with the beautiful nymph Smilax. A love, albeit chaste, that the Gods did not share, transforming the poor Crocus into a plant with a flower as graceful as it is precious. The filaments symbolize the bond of love between the nymph and the young man. According to another legend it seems instead that his origin is connected to Mercury, who by mistake killed his friend Croco with a disk. To remember him, he then decided to dye with his blood a plant from which he took his name. 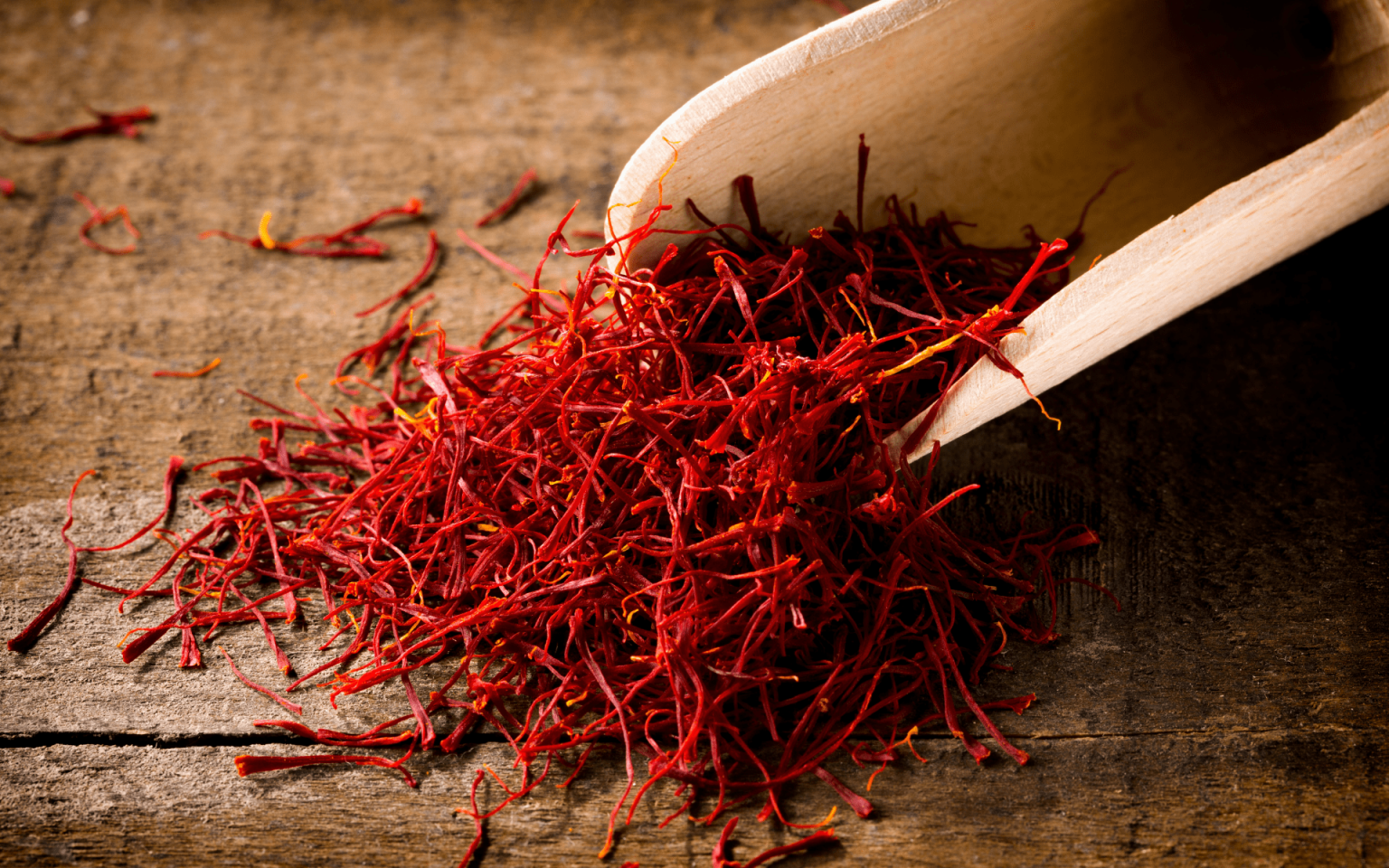 Historically considered of superior quality, saffron has been grown in San Gimignano for hundreds of years. This product represented an important resource for medieval merchants and also had a significant impact on the city’s economy. Suffice it to say that in 1228 the Municipality of San Gimignano paid some debts, contracted during the siege of the Castello della Nera, in money and in saffron. In 1276 a tax was even introduced on the imports and exports of this precious product. The quality and fame that San Gimignano saffron had throughout the Middle Ages is documented not only by its export to the main European squares, but also to the Eastern Mediterranean.

Even today the saffron of San Gimignano is produced and processed following ancient methods and, as was in the Middle Ages, many operations are carried out by hand. To guarantee purity and in particular to protect the slightly pungent and bitter aroma, the stigmas, from which saffron is plucked, are packaged whole. Among other things, it is subjected to rigorous quality controls in the various stages of cultivation and packaging.