What to see in Castellina in Chianti

About 25 kilometers from our villa is Castellina in Chianti, one of the four capitals of the Sienese Chianti. Located on the top of a hill between the Val d’Elsa, the Val di Pesa and the Arbia river valley, Castellina is a splendid town surrounded by nature, surrounded by vineyards, olive groves and fields, which offer breathtaking views and wonderful landscapes. . The historic center retains the quadrilateral shape typical of medieval fortifications. The picturesque streets and patrician buildings breathe an ancient atmosphere.

It boasts a past full of history and interesting events. Castellina was built around the year 1000 on the roots of ancient Etruscan settlements of which it retains clear evidence. Among the most important is the imposing Tumulus of Montecalvario, located a short walk from the historic center. The grandiose sepulchral complex, very suggestive and extraordinarily preserved, is made up of four underground tombs, with main chamber and lateral cells. It was built at the end of the 7th century BC. and it is named after a chapel built on the top of the mountain as the last station of the Via Crucis. Near the hamlet of Fonterutoli there is the necropolis of Poggino, which has the remains of some Etruscan tombs, joined together by a path that winds through the woods. 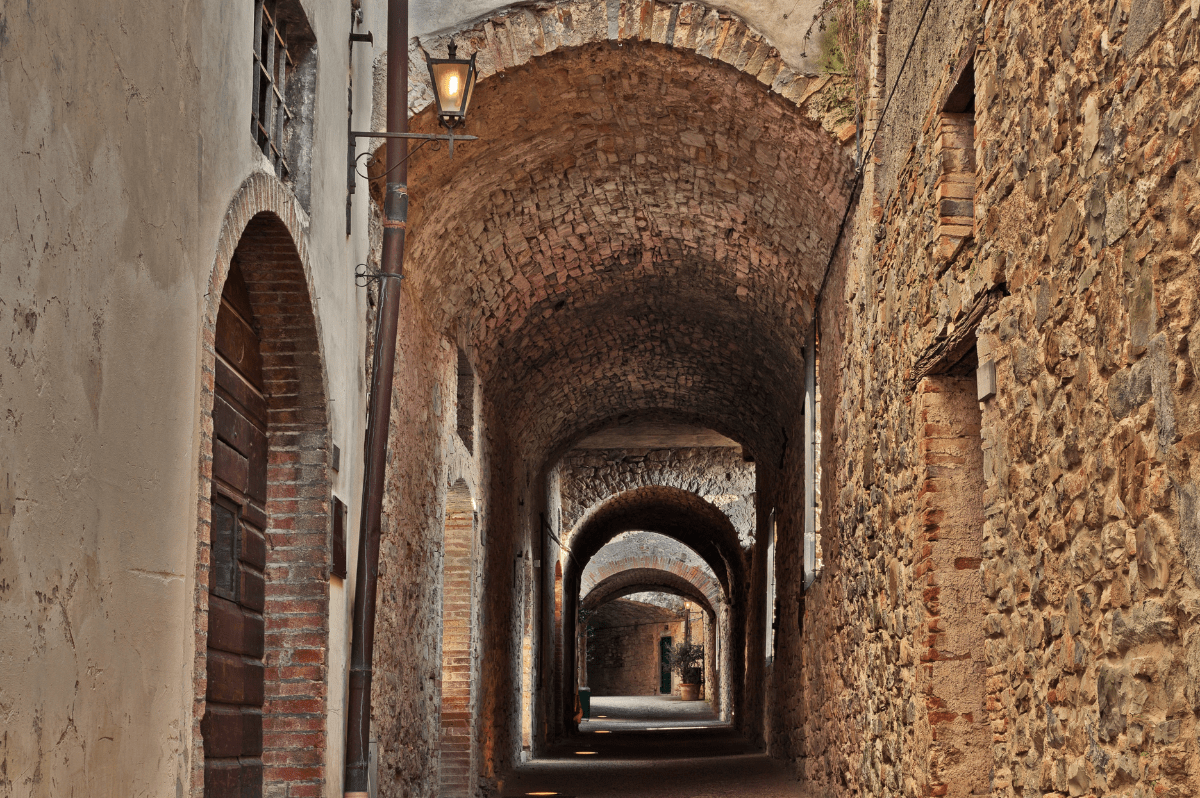 In the fifteenth century Castellina was a Florentine dominion. Remain from that period: the Rocca, a majestic 14th-15th century building crowned by a tall keep, from whose top you can enjoy a splendid view that goes from Siena to Volterra up to the Casentino mountains; and parts of the ancient walls with the basement walkway, the current Via delle Volte, which offers picturesque views of the magnificent Chianti countryside. Inside the medieval fortress is the Archaeological Museum of Chianti Senese, which tells the ancient history of Chianti, from the period of the final bronze (11th-10th century BC) to the period of fortified high-altitude settlements (4th century BC). There are exhibits from the territories of Castellina, Gaiole, Radda and Castelnuovo Berardenga. The main attraction of the museum is the reconstruction of an Etruscan chariot, covered with decorated plates of bronze and iron.

The Castellinese territory is dotted with churches and parish churches. Among these stands out the Church of the Holy Savior, of fifteenth-century origin but rebuilt in neo-Romanesque style after the destruction of the Second World War. Inside, a Renaissance-era wooden statue of San Barnaba and a detached fresco depicting the Madonna Enthroned, attributed to Bicci di Lorenzo, are noteworthy. Other religious buildings include: the Parish Church of San Leonino in Conio, largely rebuilt at the end of the 18th century; the Parish Church of Sant’Agnese in Chianti, completely rebuilt after the war, where you can admire a Madonna with Child and Saints by Bicci di Lorenzo; and the Church of San Giorgio alla Piazza, which preserves a fifteenth-century panel from Cosimo Rosselli’s workshop depicting the Madonna and Child with Saints Giorgio and Francesco.