What to see in Castelnuovo Berardenga

In the heart of the Sienese Chianti, immersed in a naturalistic context of great beauty, is Castelnuovo Berardenga, a very pleasant village to visit, full of monuments and places of interest. This medieval center, which in its name betrays its origin as a fortified village, is nestled between the soft Chianti hills and the extraordinary landscape of the Crete Senesi.

The municipal area is dotted with a large number of eighteenth-nineteenth-century villas built by Sienese aristocrats, among which Villa Chigi Saracini stands out, a real architectural jewel. The imposing and elegant villa, located at the entrance to the town of Castelnuovo, was designed at the beginning of the 19th century by the then owner Galgano Saracini. The structure is surrounded by a small Italian garden and a large romantic park, of considerable botanical importance, designed by the famous Sienese architect Agostino Fantastici as well as the architectural furnishing structures, the driveway that connects the villa to the hill. of San Quirico and the Kaffeehaus.

For lovers of culture and art there are two interesting museums. The only one of its kind is the Landscape Museum, housed in a late 19th century building used until a few decades ago as a public slaughterhouse. The exhibition itinerary presents panels, graphic reconstructions, photographic images, films and documents, through which it wants to reflect on the transformations of the world and on the delicate relationship between man and the environment. The museum also includes an archaeological section, which collects the artifacts found in the area. Instead, the Chianti Sculpture Park, located in the small hamlet of Pievasciata, is an open-air museum. It is an evocative permanent exhibition of contemporary installations and sculptures set up in a wonderful forest of oaks, holm oaks and chestnuts. The works are an integral part of the environment that surrounds them and were created by artists from all over the world. 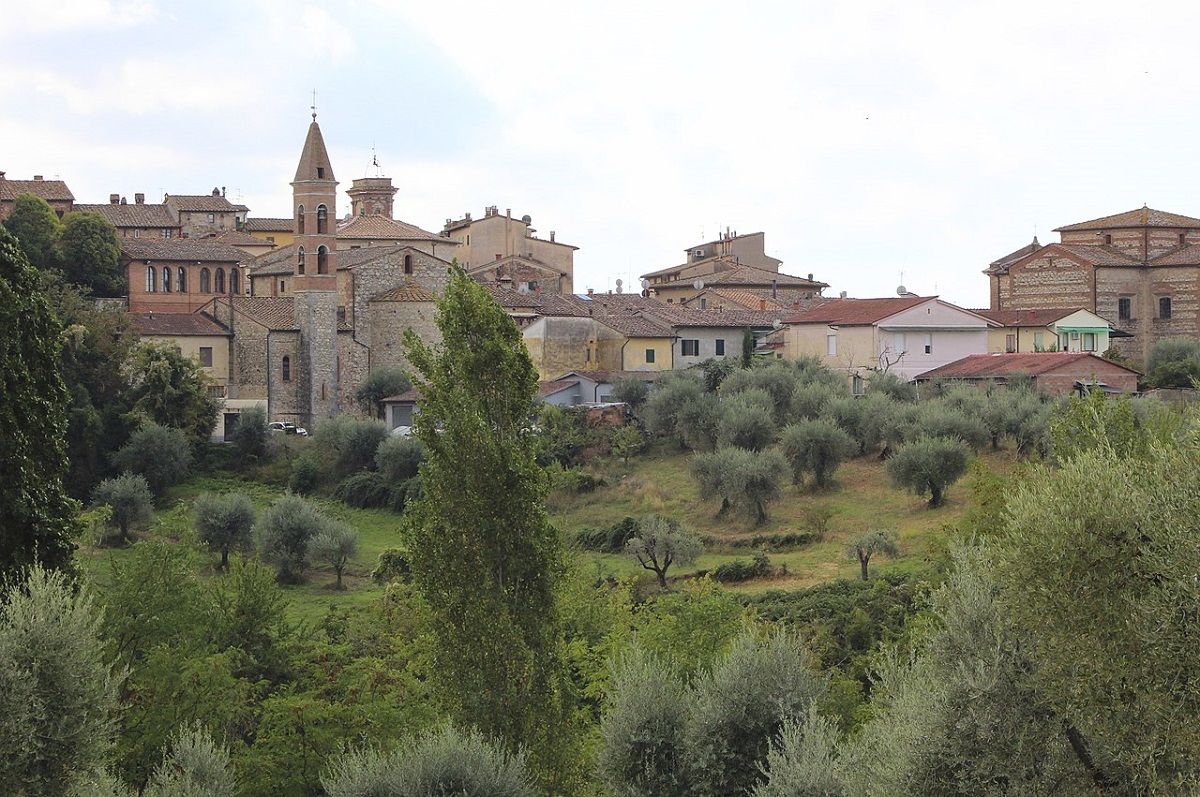 The territory of Castlenuovo Berardenga is also rich in Romanesque churches and parish churches. Among these, one of the most beautiful is the Propositura dei Santi Giusto e Clemente, designed in neoclassical style by Agostino Fantastici in the first half of the 19th century. Inside you can admire some valuable works of sacred art. Among the other religious architectures we highlight: the Parish church of Santa Maria a Pacina, of proto-Romanesque origin even if subsequent architectural interventions have modified the original structure; the Parish church of San Giovanni Battista in Pievasciata, one of the oldest in the Chianti area, known since the 11th century; and the small rectory of Sant’Ansano in the Dofàna area, dating back to the 13th century.

Do not miss the small and charming village of San Gusmè, with its characteristic streets and buildings that still retain the charm of the past. Of the original structure remain part of the fortification walls and the two entrance gates, the Porta Senese and the Porta Nuova. Inside the walls you can visit the Parish of Saints Cosma and Damiano and the Church of the Compagnia della Santissima Annunziata. Not far from the town is the hamlet of Monteaperti, known for the historic battle of 1260 fought between the Sienese and the Florentines, also mentioned by Dante in the Divine Comedy in Canto X of Hell.