What to see in Cerreto Guidi

Just over 30 kilometers from our villa is Cerreto Guidi, a small village full of charm and history. It rises in an area that has the typical characteristics of the Tuscan hilly landscape. In addition to the groves of Turkey oaks, which in ancient times contributed to determining its name, the territory is characterized by long rows of vines on the softer and lower hills and by extensive olive groves on the higher slopes. Although the name recalls the presence of the Guidi Counts, who exercised power over the territory for a long time, the village owes its urban layout and its notoriety to the Medici family.

Its characteristic historical center develops around the fascinating Villa Medicea, which rises sumptuously on the top of a hillock. The villa, declared a World Heritage Site by Unesco in 2013, was built by the will of Cosimo I de ‘Medici in the second half of the 16th century on a previous castle of the Counts Guidi. The design of the monumental flights of stairs, which constitute the salient feature of the villa, is attributed to the architect Bernardo Buontalenti. The furniture has been reconstituted following the descriptions of the historical inventories. Since 2002 the villa has housed the Historical Museum of Hunting and the Territory, dedicated to weapons especially for hunting and shooting. The pieces on display come in part from the Bardini inheritance and in part from deposits, donations and temporary loans. 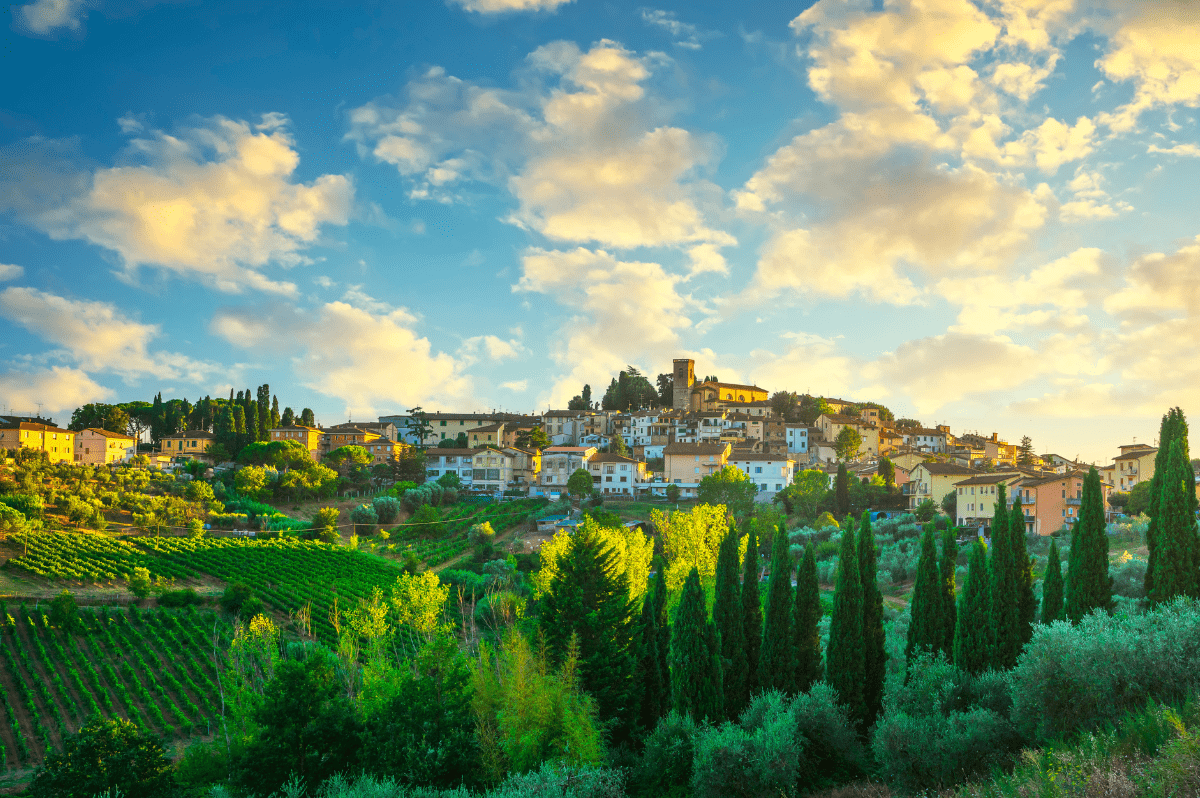 Adjacent to the villa is the ancient Pieve di San Leonardo, the main church of the village. Its origins are uncertain even if the bell tower suggests that it was born around the 11th century as a chapel in the castle of the Conti Guidi. The current appearance of the building is the result of several restorations and renovations. Inside you can admire notable sixteenth-century works of art, among which the following stand out: the baptismal font in glazed terracotta made by Giovanni della Robbia; the canvas attributed to Ghirlandaio of the Madonna Enthroned with Child between Saints Paul and Leonardo; and a wooden crucifix by Giambologna.

Also in the center of the town, worth a visit: the seventeenth-century Oratory of the Holy Trinity, which houses a fine altarpiece from the end of the sixteenth century attributed to Domenico Cresti known as the Passignano, depicting the Mass of San Gregorio; and the Mu.Me.Loc – Museum of Local Memory, which tells, through the use of multimedia technologies, the history, memory and traditions of the territory. A little outside the center is the Sanctuary of Santa Liberata, dedicated to the patron saint of Cerreto Guidi. Built in the 13th century, it has been renovated and remodeled several times over the centuries. In the sanctuary there are many important works of art, including some frescoes made between the fourteenth and nineteenth centuries.