What to see in Gaiole in Chianti

Located about 40 kilometers from our villa, Gaiole in Chianti is a small and charming town that has preserved its medieval urban structure. Immersed in the green Chianti hills, it is a must for lovers of Chianti Classico and beyond. The area was already frequented by the Etruscans and Romans, as evidenced by the archaeological finds of the necropolis of Cacchiano, dating back to the 1st-3rd century AD. Gaiole was born as a place of trade during the thirteenth century and since then has always played an important role as a “market town” for the surrounding towns. This role has also determined the conformation of the inhabited area: the houses are arranged along a central road that widens to form a large triangular square, in the past destined to accommodate men and goods.

Gaiole is the ideal destination for travelers who love religious architecture. Its territory is in fact distinguished by the presence of numerous churches and ancient parish churches. The main church is the one dedicated to San Sigismondo, the patron saint of the town, to whom a festival held on July 17 is also dedicated. It is a neo-Gothic style building covered in pietra serena, the local stone that characterizes the oldest buildings in the area. Inside you can admire a frontal in scagliola dating back to the seventeenth century depicting the Virgin of the Rosary. Among the churches stands that of Santa Maria a Spaltenna, located a few steps from the town of Gaiole. Dating back to the first half of the 10th century, it has the typical layout of the Florentine Romanesque churches of the time with three naves and an apse. Inside there is a wooden crucifix around which an old legend revolves. 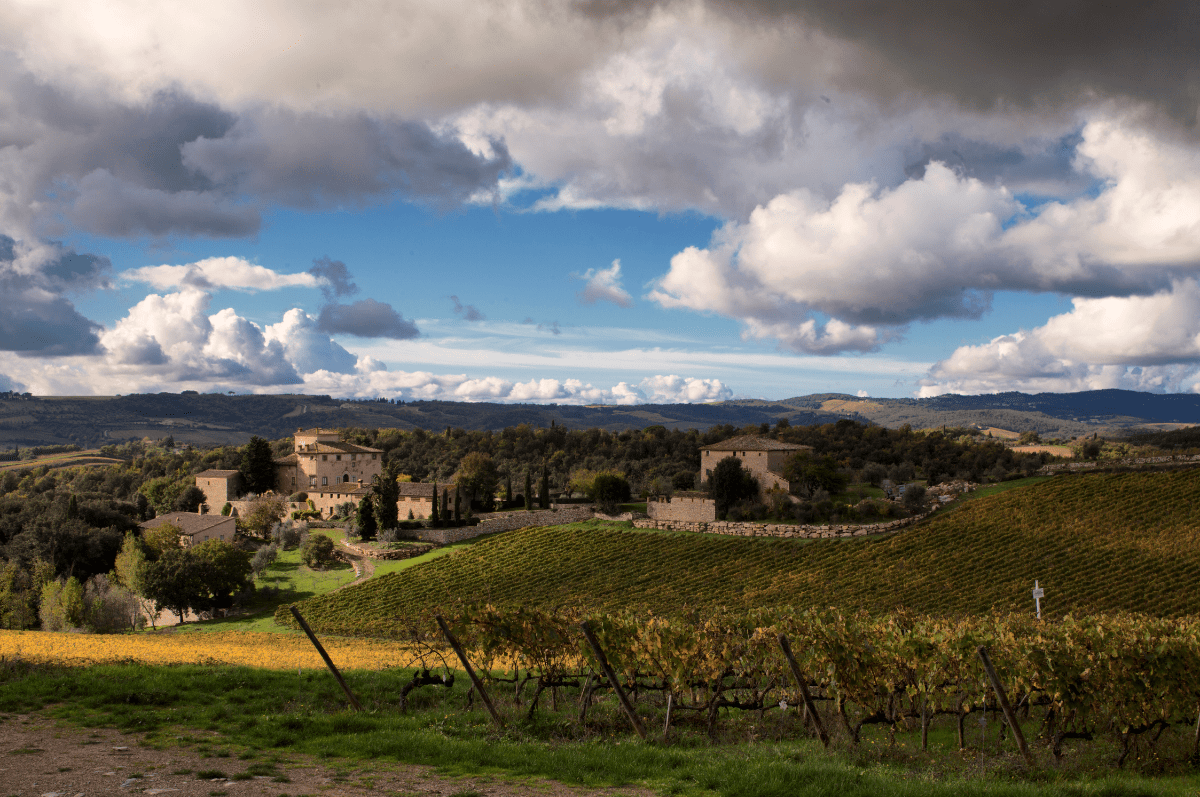 Of great artistic interest is the Parish Church of San Polo in Rosso in Poggio San Polo, one of the most picturesque religious buildings in Chianti. Built in the 12th century, it has a Romanesque layout with Gothic additions. Inside there are some valuable fifteenth-century frescoes and liturgical furnishings from various eras. Among the other places of worship we highlight: the Parish Church of San Marcellino in Monti, which had considerable importance in the Middle Ages because it was closely linked to the Ricasoli family; the Parish Church of San Giusto in Salcio, dating back to the 11th century even if it was the subject of a radical restoration between 1926 and 1929; and the Parish Church of San Vincenti, which according to tradition was founded in the seventh century by Servando, bishop of Arezzo.

The town of Gaiole is also rich in characteristic villages and rural agglomerations. Among these, the fortified village of Vertine is undoubtedly worth a visit, which has preserved the evidence of its past almost intact. Walking through its narrow streets, it will seem that time has stopped in the Middle Ages. In the village there is the Pieve di San Bartolomeo, which houses fragments of frescoes dating back to the fifteenth century. In addition to Vertine, there are the Romanesque village of San Sano, Lecchi, Ama, Casanova D’Ama and Adine. From Gaiole it is also possible to set out to discover suggestive castles scattered along the Strada dei Castelli del Chianti.