What to see in Impruneta

About 25 kilometers from our villa is Impruneta (commonly known as L’Imprunéta), a delightful town that undoubtedly deserves a visit for the cultural and artistic treasures contained in its historic center. It borders directly with the Chianti Classico area and is surrounded by green hills, vineyards and olive groves. The area where Impruneta is located today has been inhabited since very ancient times, as evidenced by the numerous archaeological finds, which have brought to light artefacts dating back to the Etruscan and Roman times.

The town has been famous since the Middle Ages for the production of terracotta, the so-called terracotta of Impruneta, which over the centuries has become a characterizing element of Tuscan architecture and landscape. Today the product range includes name plates, statues, decorative vases, planters, oil jars, fountains, furnishings, baskets, floor tiles and roof tiles.

The beating heart of Impruneta is the beautiful Piazza Buondelmonti, architecturally marked by sixteenth-century arcades. The square, which has always hosted the main city festivals, is also known thanks to a famous graphic illustration of 1620 by the French engraver Jacques Callot, which portrays it on the occasion of the millenary Fiera di San Luca (scheduled every year in October). 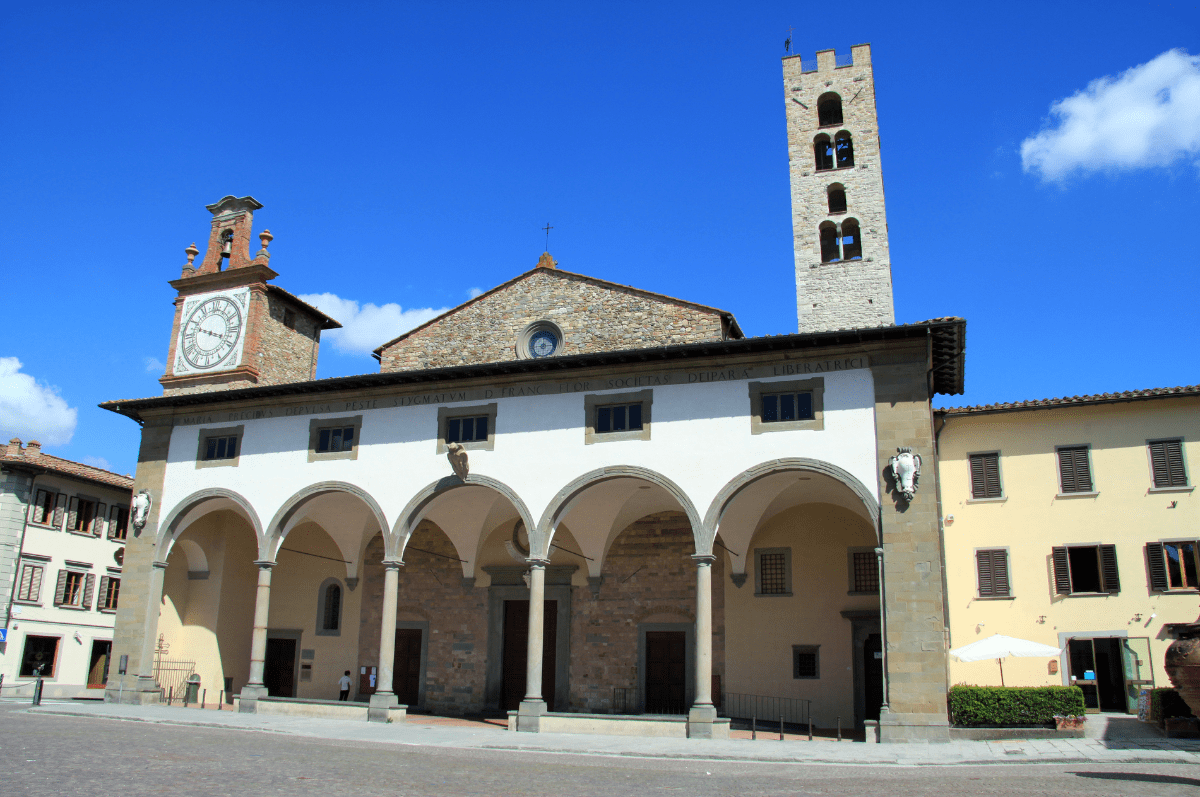 The imposing Basilica of Santa Maria all’Impruneta overlooks the square, one of the most important Marian sanctuaries in Tuscany. Its notoriety is based on the cult of the venerated Image of the Virgin. According to tradition, it was founded following the miraculous discovery of the Sacred Image of the Madonna, painted by the Evangelist Luke, and which is currently kept in the basilica. This, consecrated in 1060, underwent significant extensions and renovations which at the end of the fifteenth century gave it the appearance of a fortress. Subsequent restorations brought the complex to its current forms. Inside there are many works of art of undisputed value, among which the two Michelozzian temples that flank the presbytery, decorated with glazed terracotta by Luca della Robbia, stand out.

In the rooms adjacent to the basilica, on the left of the portico, the Museum of the Treasure of Santa Maria dell’Impruneta has been set up, where you can admire illuminated manuscripts, precious goldsmith objects, sacred vestments and much other material linked to the long history of the basilica. Among the works exhibited in the museum stand out: the precious Reliquary of San Sisto (1614) by Simone Pignoni; a processional cross made by the workshop of Lorenzo Ghiberti (1425 ca.); a gradual attributed to Lippo di Benivieni (1310-20 ca.); and a very fine 15th century marble bas-relief depicting the discovery of the image of the Madonna, of uncertain attribution.

A few steps from Piazza Buondelmonti is the Fornace Agresti, the place that more than others testifies to the traditional working of terracotta. The kiln dates back to the 18th century, when the Agresti, one of the oldest families of kilnsmen in Impruneta, moved their business there. The structure is important not only for the historical value of the building as a whole but also because there are preserved ancient tools, molds, models and shapes.

In addition to the Basilica of Santa Maria all’Impruneta, there are other religious buildings, including: the beautiful Church of San Miniato in Quintole, which is characterized by the use of terracotta as an architectural-decorative element; and the ancient Church of San Lorenzo alle Rose, which houses some works of considerable artistic interest.