What to see in Monteriggioni

Perched on the top of a hill just over 30 km from our villa with swimming pool in Chianti, Monteriggioni is undoubtedly one of the most beautiful and famous medieval fortified villages in Italy. Monteriggioni castle was built by the Sienese in the early thirteenth century to defend themselves from Florentine enemies. For three hundred years it repelled sieges and attacks, till the sixteenth century when the entire Sienese state was annexed by the Florence and its military function ceased. 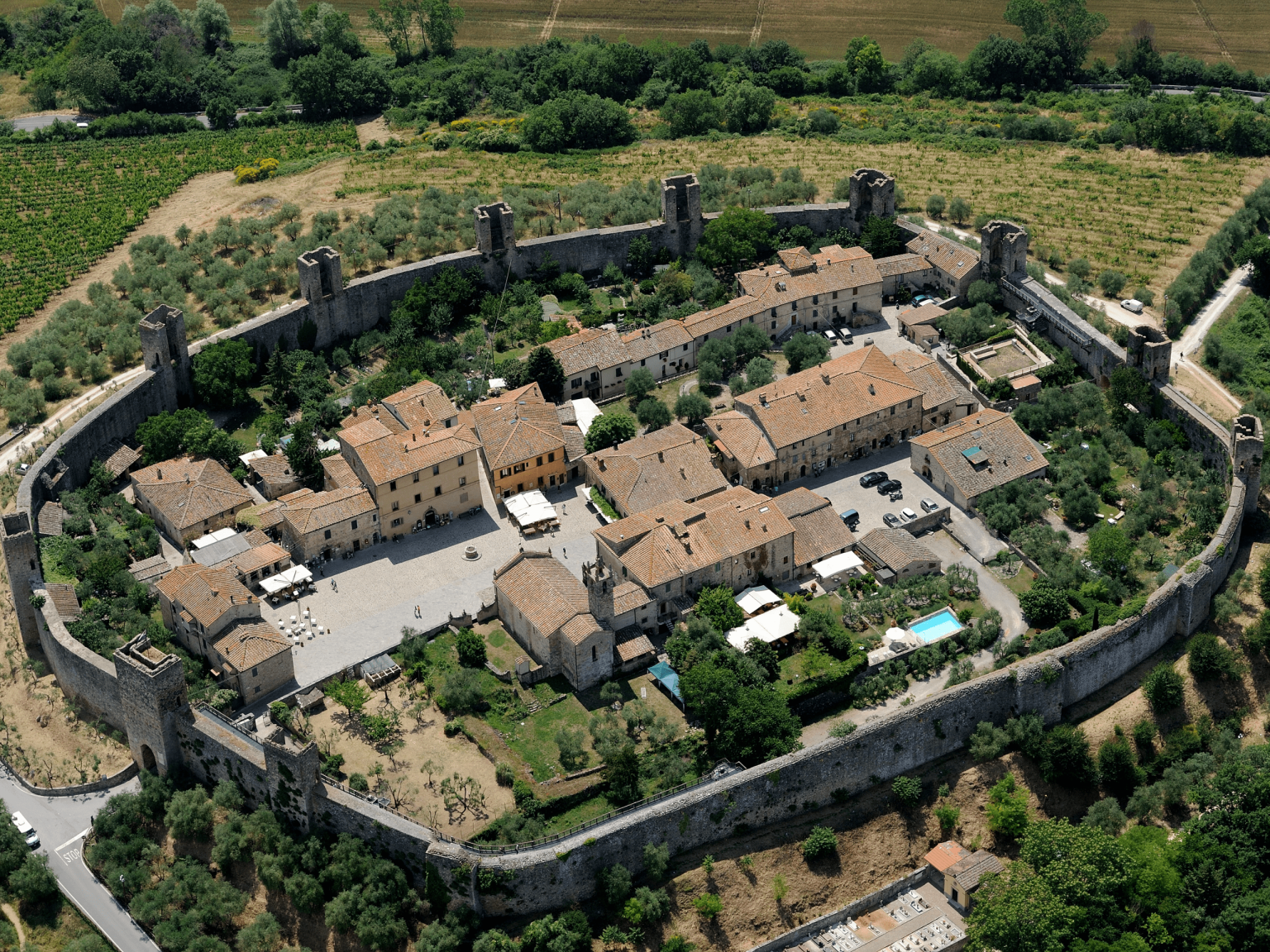 In the Middle Ages the great poet Dante Alighieri was struck by it to such an extent that he compared his vision to that of the giants located in Hell: “[…] Because as on its circular parapets Montereggione crowns itself with towers, E’en thus the margin which surrounds the well With one half of their bodies turreted The horrible giants, whom Jove menaces E’en now from out the heavens when he thunders.“.

Despite its age, Monteriggioni castle has remained practically intact. Even today it retains most of its 13th century structures. Along the walls, from which fourteen towers protrude, are located two gates: Porta Franca or Romea, facing Rome; and Porta di Ponente, facing Florence. A third door also stood on the southwest side, but later bricked up. The walk on the walls is a truly unforgettable experience. From their top one can enjoy an enchanting view, which range from the Chianti hills to the Montagnola woods, up to the towers of San Gimignano. 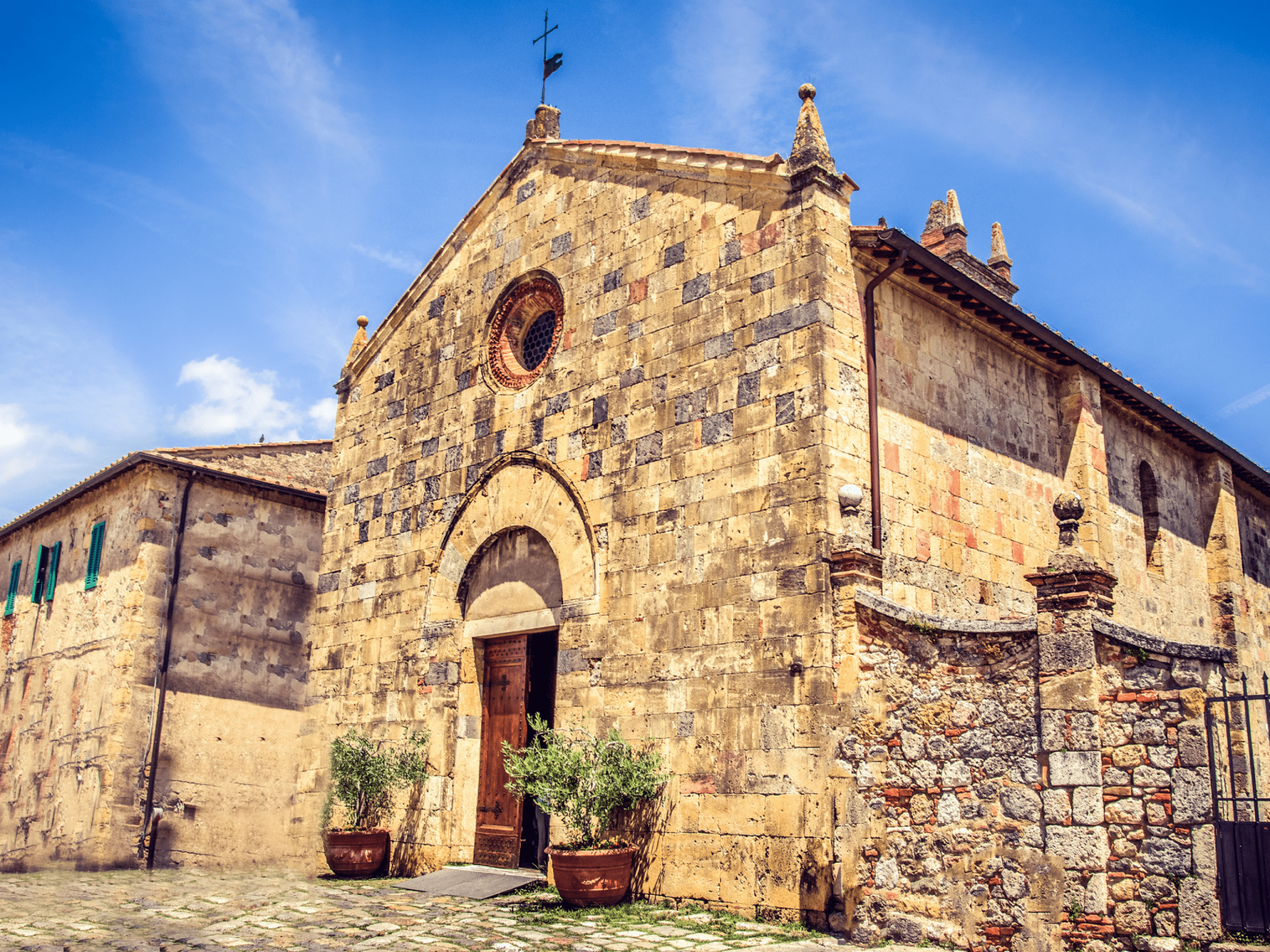 What to see in the village of Monteriggioni?

Having crossed the mighty Porta Franca, you will reach Piazza Roma, considered the real heart of the village. The Parish Church of Santa Maria Assunta overlooks it and is the building that best preserves the medieval features. Its history is closely connected to that of the castle. Inside there is a 17th-century painting of the Madonna del Rosario, to which a festival is dedicated in October. In the immediate vicinity of the church, the small Monteriggioni Arms museum is worth a visit, which houses faithful reproductions of medieval and Renaissance weapons and armor, some of which can even be worn.

Walking through the streets and squares of the village you really get the feeling that time has stopped. For those who want to relive the magical atmosphere of the past, in the month of July Monteriggioni comes alive with a suggestive medieval festival, one of the most important historical re-enactments in Tuscany.

Among the things to see outside the fortified village are: the Abbey of Saints Salvatore and Cirino, inside which valuable works of art are preserved; the parish church of Santa Maria a Castello, an extraordinary example of Tuscan early medieval architecture; and the Hermitage of San Leonardo al Lago, with the choir frescoed by the Sienese painter Lippo Vanni.