What to see in Rapolano Terme in one day

In the heart of the Crete Senesi, between the Val di Chiana and the Chianti, stands Rapolano Terme, one of the most important spas in Tuscany. The spas in this area have been known since Roman times, as evidenced by some archaeological finds dating back to the IV – III century BC. C. It seems that even Garibaldi, in the summer of 1867, immersed himself in these waters to regenerate himself from the injuries sustained on the Aspromonte. His two establishments, the Terme di San Giovanni and the Antica Querciolaia, offer a wide variety of treatments and paths dedicated to wellness and relaxation. But beyond the spa there is more. Rapolano in fact also preserves significant traces of its past and numerous monuments that deserve to be discovered.

What to see in Rapolano Terme in one day? Here is an itinerary that crosses the main places of interest. 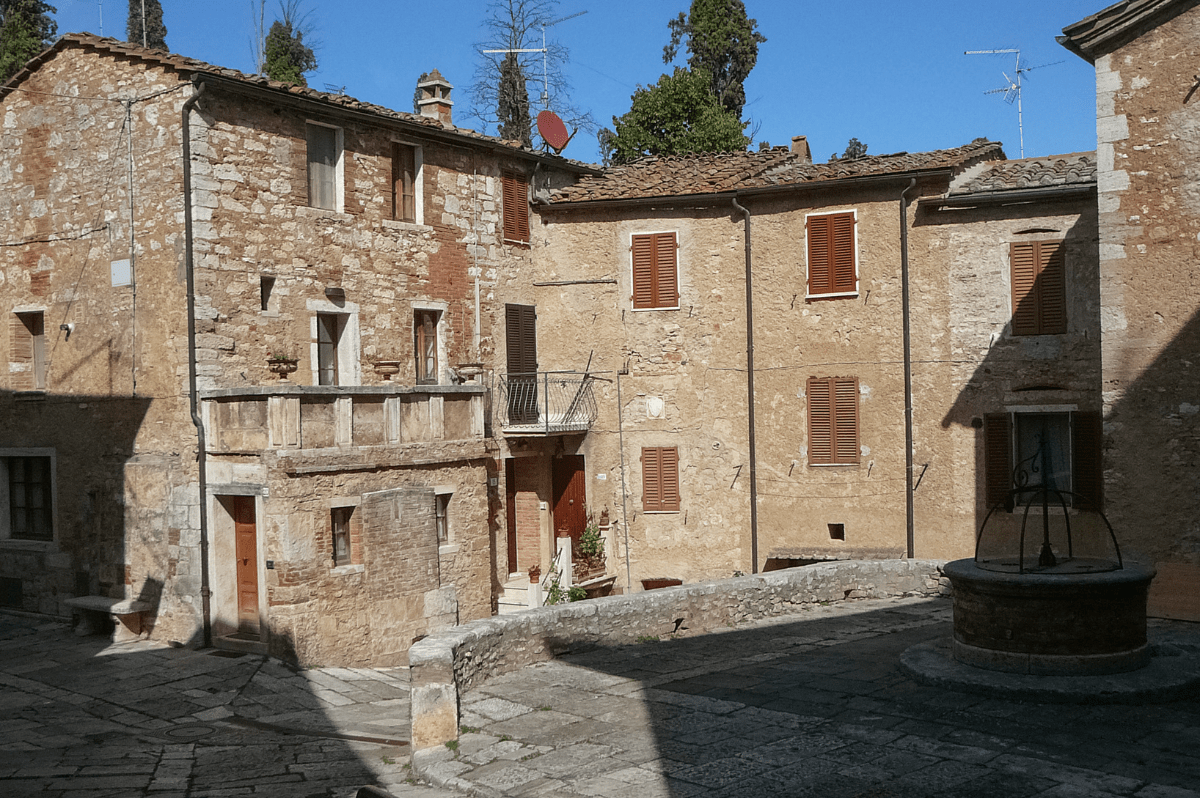 Entering from the Porta Nuova, after a few steps you reach Piazza Matteotti, where there are two religious buildings: the Church of Corpus Domini, also known as the Church of the Fraternity, which houses some valuable works such as the sixteenth-century fresco referable to the workshop of Girolamo di Benvenuto, with the Madonna and Child with Saints John the Baptist and Jerome; and the Church of the Misericordia, dedicated to the Madonna delle Nevi, in which the painting with San Sebastiano, painted in the XVIII century by Lorenzo Feliciati, stands out. Continuing towards the upper part of the town you reach the “Castellare” square, where you will find: the fourteenth-century Church of San Bartolomeo, with a beautiful painting by Vincenzo Rustici from Siena depicting the Madonna with Child and Saints; the Palazzo Pretorio, with the clock tower, seat of the Municipality; and Palazzo Cacciaconti.

Returning to Piazza Matteotti and turning to the right you arrive at the Church of Santa Maria Assunta, where there is an altar table by the Sienese painter Paolo di Giovanni Fei depicting the Madonna del Latte and two tondi with the Virgin Annunciate and the Announcing Angel of the painter from the Marche region Girolamo Genga. Continuing you reach the ancient Porta dei Tintori or Porta a Siena, leaving from which you can admire a magnificent view of the Tuscan countryside. The next stop, just outside the town, is the Pieve di San Vittore, whose foundation seems to date back to the late Roman era. Inside are preserved: a fragment of a medieval fresco depicting Sant’Ansano, patron saint of Siena; a polychrome terracotta of the sixteenth century with the Madonna and child; and a wooden group with the Martyrdom of San Bartolomeo dating back to the 18th century.

A few kilometers from the parish is the Archaeological Complex of Campo Muri, a settlement dating back to the Etruscan and Roman age with an extension of over 8000 square meters. The archaeological presences identified in the site seem to attest to the existence of a cult linked to the presence of thermal waters to which sacred properties were attributed. Finally, the last stop on the itinerary is the Museum of Ancient Grancia and Oil, located in the characteristic village of Serre di Rapolano, a fraction of Rapolano Terme. The museum illustrates the history and overall functions of the ancient fortified farms, called grance, belonging to the Santa Maria della Scala hospital in Siena. Inside there is also a sector dedicated to olive growing and the oil cycle.